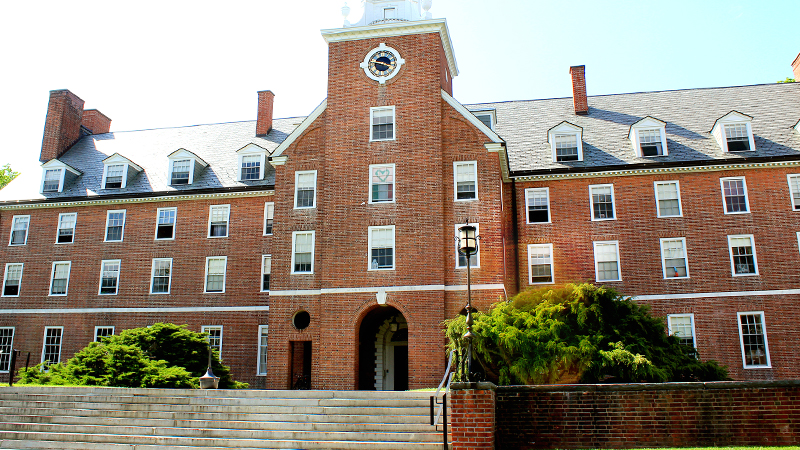 Wilson House is one of the 10 houses of "the quad." Unique to Wilson are its raised front steps and bell tower. The terrace forms the platform where Commencement exercises are held each May.

The complex was built in stages starting in 1922 to alleviate a housing shortage on campus. When all the houses were completed in 1936, William Allan Neilson, then the president of Smith, pronounced it the "Great Quadrangle."

Wilson, along with Morrow and Gardiner Houses, was built in 1926. It was named for Martha Wilson, a graduate of Smith with the class of 1895. During her time at Smith, Wilson was president of her college house and a member of student council. She was the president of the Chicago Smith Club from 1901 to 1904, founder of the Central Council of Nursing Education and trustee of Children's Memorial Hospital in Chicago. She died in 1923.