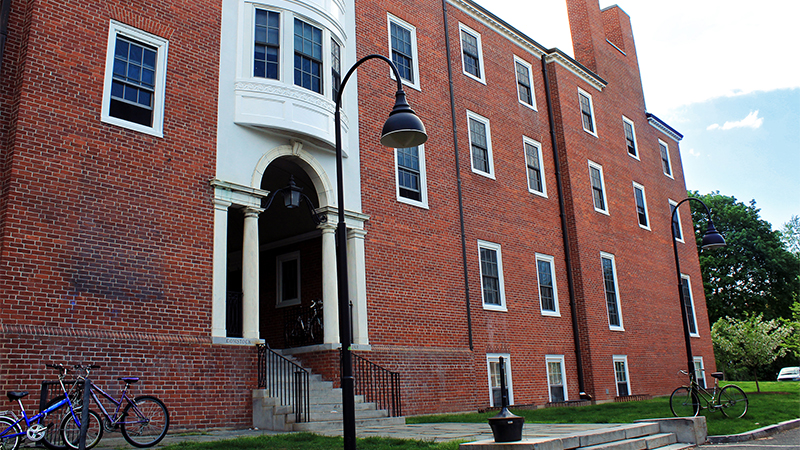 Wilder House is one of the 10 houses of "the quad." Most of the doubles have large bay window seats.

The complex was built in stages starting in 1922 to alleviate a housing shortage on campus. When all the houses were completed in 1936, William Allan Neilson, then the president of Smith, pronounced it the "Great Quadrangle."

Wilder, and its neighbor Comstock, were built in 1928. Together they share a covered front entrance and a bell tower. Their back wings join to form a courtyard, which is nicknamed the "mini-quad." The Comstock-Wilder party is traditionally held in either the early fall or late spring to take advantage of the great weather.