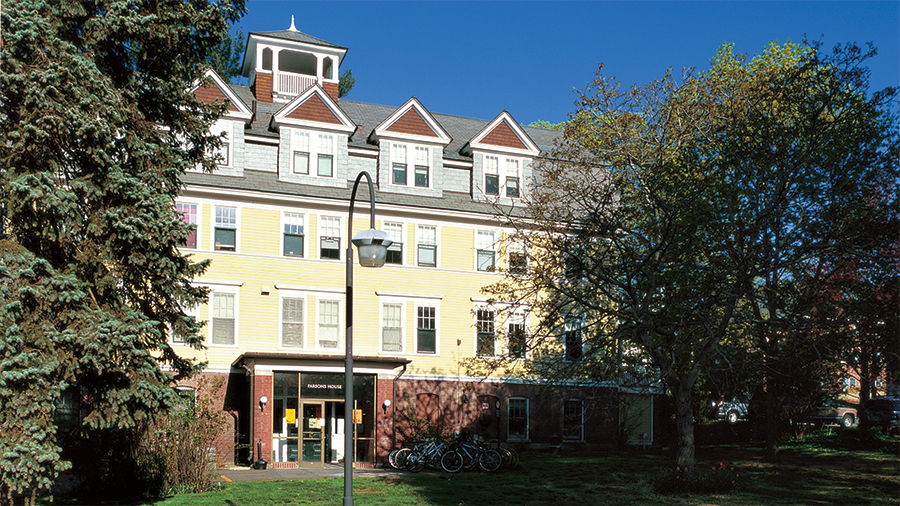 Parsons House will be occupied by Washburn House residents from fall 2017 through fall 2020 due to the library renovation project.

The site on which Parsons House now stands has played an important part in local history. The land is said to have been purchased by Cornet Joseph Parsons from Native Americans in 1645, before the first settlement of Northampton. The property served as the home for two generations of the Parsons family. It was eventually acquired by Miss Bessie Capen, who built what she called "Faunce House" to serve as a dormitory, library and recitation hall for the Capen School, which she founded in the early 1900s. Smith College acquired the property in 1921 and the house, renamed, has served as a Smith residence since that time.

Parsons is home to members of all four classes. Its location removes it from the noise and bustle of center campus, though it is only a 10- to 15-minute walk to academic buildings and downtown Northampton.