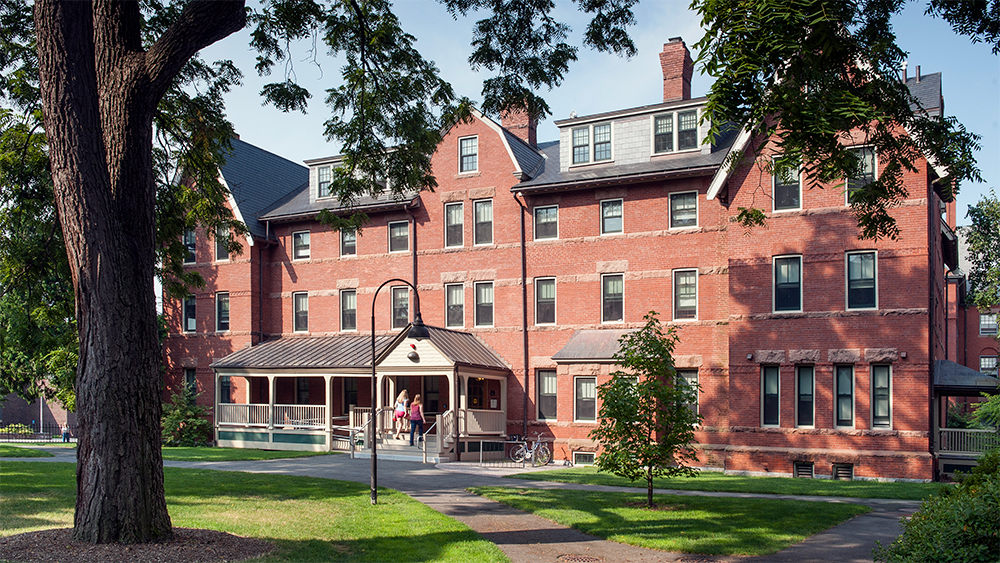 A charming, ivy-covered brick house that has a piano, a pool table and a large front porch complete with an old-fashioned swing.

Morris House, and its sister, Lawrence House, were built in 1891 in response to the rapidly growing enrollment at Smith at the end of the 19th century. The two houses have the distinction of being the first on campus to be named for alumnae. Morris House is named for Kate Morris, one of the first 11 graduates of Smith, who later went on to receive the first doctorate awarded by Smith in 1889.

Morris House, on Green Street, is conveniently located near the gymnasium, athletic fields and scenic Paradise Pond, as well as the central campus area.