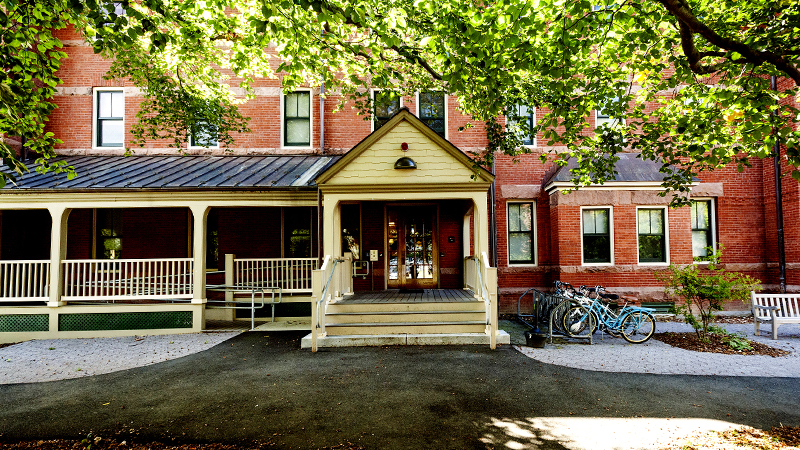 Lawrence House, on Green Street, is conveniently located near the gymnasium, athletic fields, and scenic Paradise Pond as well as many classrooms, the administrative buildings and libraries.

Lawrence House, and its sister, Morris House, were built in 1891 in response to the rapidly growing enrollment at Smith at the end of the 19th century. The two houses have the distinction of being the first on campus to be named for alumnae. Lawrence House is named for Elizabeth Crocker Lawrence, who graduated from Smith in 1883, received her master’s degree from Smith in 1889, and later served as a college trustee and president of the Alumnae Association. Each year on November 11, residents of Lawrence House still celebrate “Tippy” Lawrence’s birthday.

The history of Lawrence House is also unique in that it was chosen in 1912 for an experiment in cooperative self-help, in which residents of the house performed all the household chores. This experiment, which was a great success, received widespread attention from the press, which was intrigued with the idea that students generally perceived as being daughters of the rich were doing household chores.