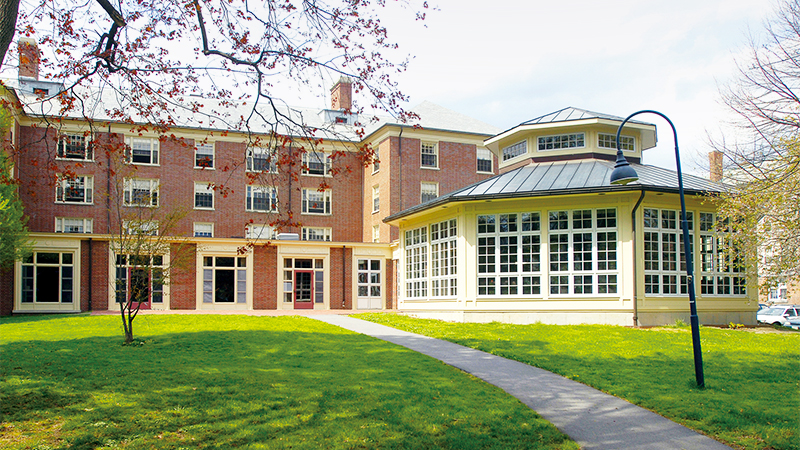 Lamont residents agree that the Prospect Street location of the house is ideal. It is near the Campus Center, where students can go to get a quick bite to eat or attend an event, and it takes only a few minutes to walk to the classrooms and administrative buildings on the central campus.

In addition, downtown Northampton, with its many shops and restaurants, is only a five-minute walk.

Lamont was named after a loyal alumna, Florence Corliss Lamont. She received her bachelor's degree from Smith in 1893 and eventually earned a master's in philosophy from Columbia University.

Lamont House is one of the newer houses on campus. Built in 1955, it was the first house to be constructed by the college after the quad houses were completed in 1936.

In 1994, renovations brought a new dining room to the back of Lamont House. The room, designed by Livermore and Edwards, enjoys exceptional light with its many-paned windows. The dining room's octagonal shape ties traditional and modern architectural ideas.