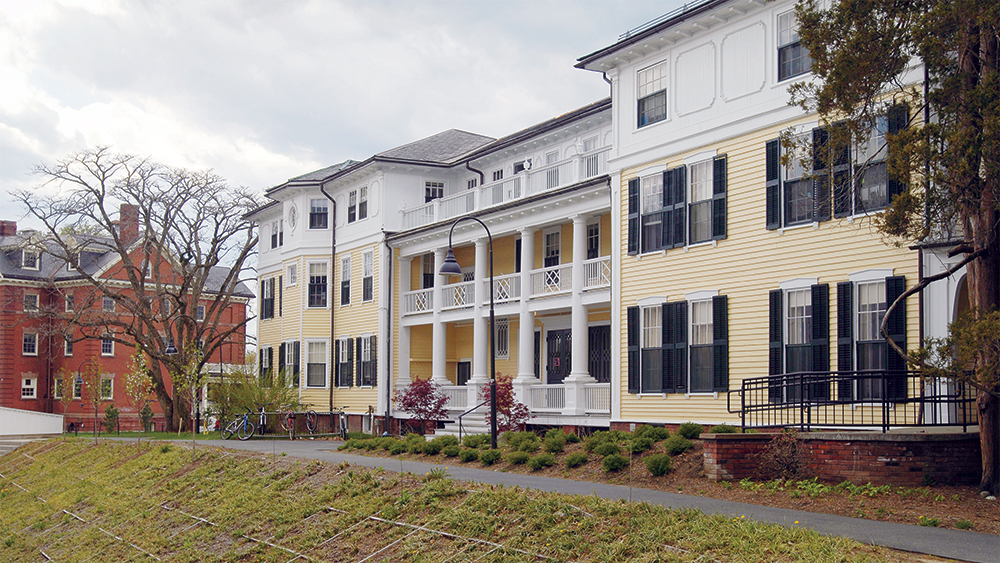 In 1896, Smith trustees were astonished when the college was bequeathed a large sum of money from Eliza Appleton Haven. She was unknown to alumnae, faculty or trustees. Equally surprised were some of her family members, who contested her will. It is believed that Ms. Haven wished to demonstrate her support for the education of women. Her generosity allowed Smith to purchase two houses along Elm Street, which are now known as Haven/Wesley, They provide housing for 71 Smith students.

Although composed of two buildings, the complex is strongly unified. Residents are said to have the best location on campus, since the houses are close to both Neilson Library and the Campus Center.

There are a total of 25 single rooms and 23 double rooms in the two houses. Part of the houses’ charm lies in the unusual architectural features in many of the rooms: some have sloping ceilings and odd-shaped windows, while others have odd-shaped closets or private porches. Each house has coin-operated washers and dryers in the basement.

One of the particular appeals of the Haven/Wesley complex is that each house has an extensive living room with a piano. Wesley has two study rooms as well. The complex is rich in tradition, with an annual Halloween Haunted House and two cocktail parties on winter and spring weekends. Other activities include “Covert Cupids,” Big Sib-Little Sib and the Senior Banquet. There is even an annual nontalent show!

Havenites and Wesleyites pride themselves on living in a diverse and spirited house. Haven, which is bright yellow, is one of the most attractive houses on campus. On autumn and spring days, residents can be found on Haven’s porch swing talking and enjoying the weather.

Haven/Wesley is also notable because writer Sylvia Plath lived there while a student at Smith.