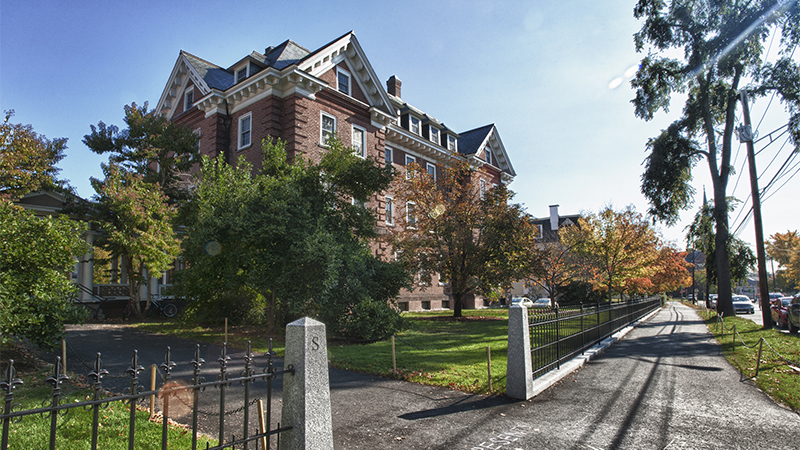 Gillett House is a beautiful four-and-a half-story, ivy-covered brick building on the comer of Elm and Prospect Streets. Directly across Elm Street is the Five College bus stop and John M. Greene Hall, where most all-college functions occur.

Gillett is connected by a covered portico to Northrop House, Gillett's mirror image. Built in 1911, Gillett House is named for Edward Gillett, one of the first trustees of Smith and an energetic supporter of women's education and of Smith College.

A fireplace and grand piano distinguish the living room. Furnished with couches and chairs, the living room is often the gathering space for conversation among overachieving procrastinators.

Many pairs of single rooms are joined by a common entryway that leads into the hall through one door; these rooms are called "suites." While most first-year students in Gillett will have a single, many will have the opportunity to have a "suitemate" instead of a "roommate."