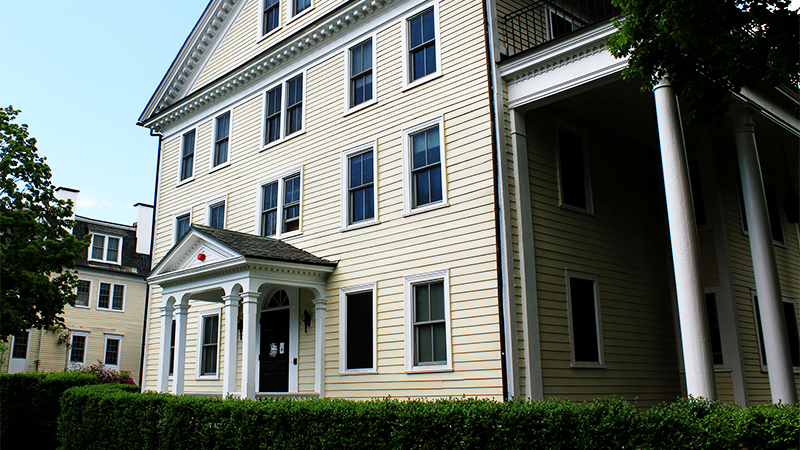 Duckett is home to 37 students who boast that it has the best location of all Smith houses. It is only five minutes away from everything—classes, libraries and downtown.

Although Duckett is nearly 200 years old, it was not acquired by Smith until 1968. Throughout its history, however, it has been associated with the college. At the turn of the century, it was a boarding house for Smith students who lived off campus. Later it was owned by an alumna and used as part of a school for girls. The house is named for Eleanor Shipley Duckett, a former professor in the Department of Classical Languages and Literatures. Mary Ellen Chase, for whom Chase House is named, was Duckett's life-long companion, and so the names of these adjoining houses honor these outstanding women scholars and teachers. The house library holds several volumes of their published works.

As for house social life, Duckett hosts several parties every academic year. One cocktail party takes place during winter weekend and another during spring weekend.