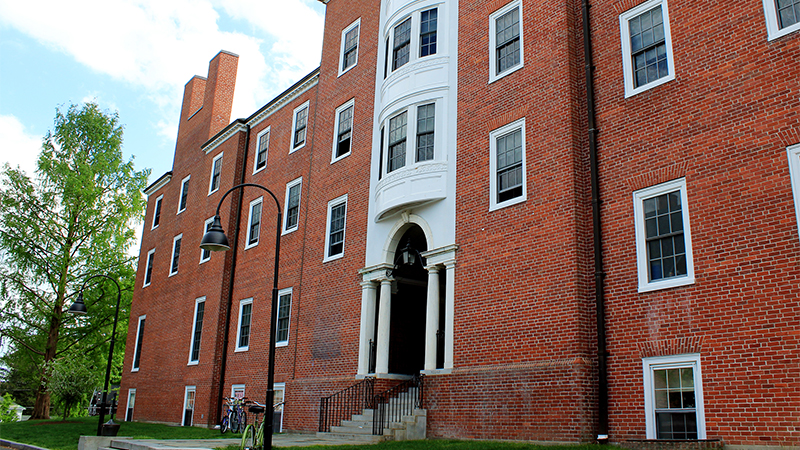 The complex was built in stages starting in 1922 to alleviate a housing shortage on campus. When all the houses were completed in 1936, William Allan Neilson, then the president of Smith, pronounced it the “Great Quadrangle.”

Comstock and its twin neighbor, Wilder, were built in 1928. They share a covered front entrance and a bell tower, and their back wings join to form a courtyard which is nicknamed the “mini-quad.”

Although Comstock has a twin, its many traditions set it apart from the rest. The house is reportedly "haunted" by a friendly ghost named Gloria. Gloria rattles doors and makes unexpected appearances to Comstock sleepers. Each semester, various students host roomwarming, which is a great study break and an opportunity to visit other students' rooms. Traditionally the first-year students plan a small house activity during Halloween, like roasting marshmallows and sharing scary stories. Senior Banquet is one of the last chances for the whole house to gather before final exams and graduation. Each class presents something to the seniors, whether it be poems, toasts or prophecies. The night ends with seniors willing their items to the underclass students.