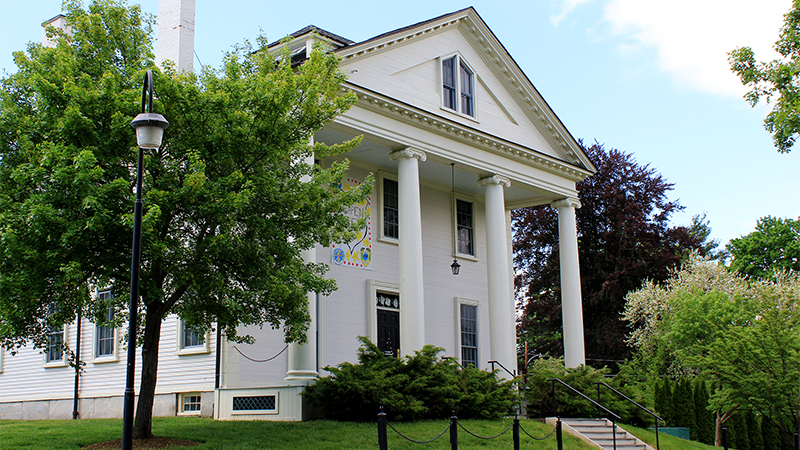 With its stately columns and Ionic portico and pediment, Capen House is a fine example of classical revival architecture. The cupola, gazebo and gardens at the rear of the house are among the features that distinguish Capen from other houses on campus.

Built in 1825, Capen originally served as a law school. The house then became a summer home, and in 1883 it became part of Miss Bessie Capen's private school.

The house has a cozy living room and sitting room, where housemates like to gather and socialize.