Smith’s wide array of innovative programs and centers, cross-disciplinary initiatives, and internship and service opportunities are designed to enrich the academic experience to help students further explore their passions in real-world pursuits.

Why Pursue Science Research at Smith?

LEARN MORE ABOUT RESEARCH AT SMITH 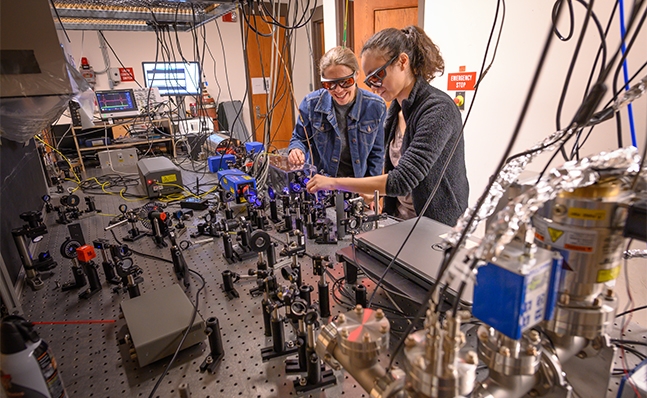 News from the Grécourt Gate

The Grécourt Gate showcases the ideas, the people behind the ideas and the original contributions Smith is making to larger intellectual dialogues through the culture of research and the liberal arts at the college, where a vibrant community of scholars and students exhibit a love of discovery. Here are some recent features.

The Smith Scholars Program provides a framework for talented students to spend one or two years working on projects of their own devising.

Smith offers some of its finest incoming students a scholarship that includes a paid research position with a Smith professor.

With faculty guidance, students present the results of their research, independent study projects and other creative work.