The three faculty members selected for this year’s Sherrerd Teaching Awards bring compassion, commitment and a sense of community to their classrooms, creating a learning environment where “everyone has a chance to shine,” in the words of one student nominator.

The annual Kathleen Compton Sherrerd ’54 and John J. F. Sherrerd Prizes for Distinguished Teaching were established in 2002 to recognize outstanding teaching by longtime faculty members, as well as encourage younger faculty whose demonstrated skills and enthusiasm have a positive impact on students and colleagues.

Nominations submitted by students, faculty and alums cited the contributions that this year’s award recipients have made through their teaching, research and mentorship. Innovation, patience and open-mindedness are among the qualities that nominators cited in their descriptions of the 2022 honorees.

This year’s teaching prize winners will be honored at a ceremony in October open to the campus community.

Here are brief biographies of the 2022 award recipients. 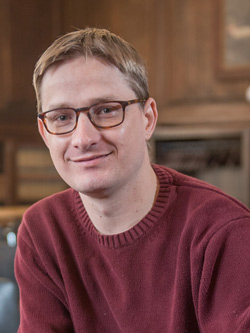 A member of the Smith faculty since 2012, Jeffrey Ahlman specializes in African political, social and cultural history, and teaches a range of courses—including survey courses on early African history, colonial West Africa, and 19th- and 20th-century Africa, as well as courses on decolonization, development, gender and sexuality in Africa, and African transnationalism. In addition to Smith’s African Studies Program, Ahlman is affiliated with the Five College African Studies Council and the Global South Development Studies Program.

His 2017 book, “Living with Nkrumahism: Nation, State, and Pan-Africanism in Ghana,” focuses on the transnational politics of pan-Africanism and global socialism in mid-20th-century Ghana. Ahlman is also the author of “Kwame Nkrumah: Visions of Liberation” (2021), about Ghana’s first president, and is currently working on a history of modern Ghana, a book project under contract with Zed Press. 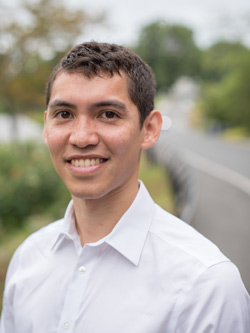 He is completing his book manuscript, “Assemblies of Sorrow: The Politics of Black Mourning in the United States, 1917-1955,” which examines the emergence and development of mourning as a viable basis for Black political organizing and protest in the United States during the first half of the 20th century. Research for this book has been funded in part by an American Council of Learned Societies Fellowship.

Ng received a Ph.D. in American studies from New York University and a bachelor’s degree in the field from Yale University. He has also worked as a teaching fellow in the history department at Phillips Academy Andover. 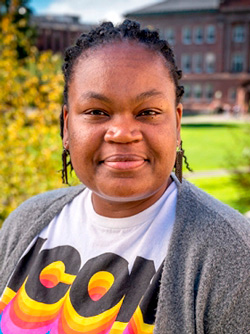 Her primary area of mathematical research is DNA topology— knot theory applied to the structure of DNA—but she has research interests in the broad area of applied mathematics. At Smith, Price teaches courses in calculus, discrete mathematics and differential equations.

Her service mission is to support those underrepresented in STEM by creating and supporting programs that increase visibility and amplify the voices of women and people of color in the sciences, while creating networks and community in STEM to provide opportunities to share resources. Price is co-creator of the website www.mathematicallygiftedandblack.com, which features profiles of Black mathematicians.

"I knew I wanted to be in an environment that would challenge me academically and encourage me to use my voice." -Patience Kayira '20, Keene, NH https://t.co/D9n0e14VO4