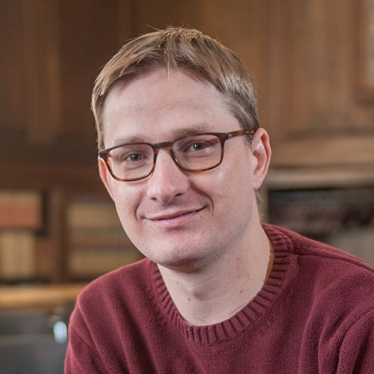 Jeffrey Ahlman is an associate professor of history and the director of the African Studies Program. He specializes in African political, social and cultural history. He earned his bachelor’s in history from the University of Nebraska-Lincoln and his master’s and doctorate in history from the University of Illinois, Urbana-Champaign. He is the recipient of grants and fellowships from organizations, including the National Endowment for the Humanities, the Johns Hopkins University Center for Africana Studies, the University of Virginia’s Carter G. Woodson Institute, the Council on Library and Information Resources, the American Historical Association and the West African Research Association.

His first book, Living with Nkrumahism: Nation, State, and Pan-Africanism in Ghana, focuses on the transnational politics of pan-Africanism and global socialism in mid-20th-century Ghana and the popular reactions to it, particularly concerning issues of gender, generation, and work in the early postcolonial state. The book was published in 2017 as part of Ohio University Press’ New African Histories series.

He is also the author of a recent biography of Ghana’s first president, Kwame Nkrumah, titled Kwame Nkrumah: Visions of Liberation (2021), which was published as part of Ohio University Press’ Ohio Short Histories of Africa series. This biography unpacks the historical processes that have shaped Nkrumah’s legacy in Ghana, Africa, and the global black community, as well as those underpinning the ways in which his legacy has been deployed and contested in his lifetime and afterlife.

He is currently working on a history of modern Ghana. Primarily focused on the mid-19th century to the present, this book, currently titled Ghana: A Modern History, deviates from more conventional national histories of Ghana—as well as those of other countries—as it narrates the country’s relatively recent past through an interlocking set of political, social, cultural and economic networks of belonging and self-identification. This book project is under contract with Zed Press.

At Smith, Ahlman teaches a range of courses on African history. These include survey courses on early African history, colonial West Africa, and 19th- and 20th-century Africa, as well as topics courses on decolonization, development, gender and sexuality in Africa, and African transnationalism, among others. Furthermore, he also regularly teaches the history department’s introduction to the major (The Historian’s Craft). He is also affiliated with the African Studies Program, the Five College African Studies Council and the Global South Development Studies Program.