News & Events for the Smith College Community
Events May 4, 2022

When asked what defines this year’s graduating seniors, Charlotte Cox ’22 describes her Smith class as “a bridge between the way things used to be pre-COVID and the current moment.”

“I think we’ve all shown incredible resilience in the face of a lot of loss,” says Cox, who will graduate with a degree in government. “We’ve worked really hard to keep all of our favorite Smith traditions alive.”

Cox is one of some 651 students who will receive their degrees at Smith’s 144th Commencement on Sunday, May 15. The ceremony, which begins at 10 a.m. in the Quadrangle, is the first fully in-person graduation since the start of the pandemic.

The class of 2022 includes students from 44 states and 30 countries. The college will award degrees this year to some 600 undergraduates and 51 graduate students. 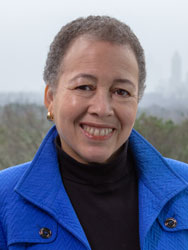 Education leader and author Beverly Daniel Tatum—who will serve as interim president of Mount Holyoke College beginning in July—will give the 2022 Commencement Address.

Outdoor barbeques, concerts, academic open houses and a candle-lighting ceremony for graduates are among the many events planned for Commencement Weekend.

In addition, Smith alums from around the country and the globe will be on campus for first Reunion Weekend. The college also will host a second reunion weekend May 19-22.

Hanna Platter ’22 says she is especially looking forward to the Ivy Day parade with alums on Saturday, May 14.

“That’s an event that has been associated with graduation since I was a first year,” says Platter, an engineering major who will be working in renewable energy modeling in San Francisco. “I'm excited to finally get to experience it and have a chance to celebrate the accomplishments of my peers.”

An up-to-date Commencement schedule is available online. Highlights of this year’s celebrations include: