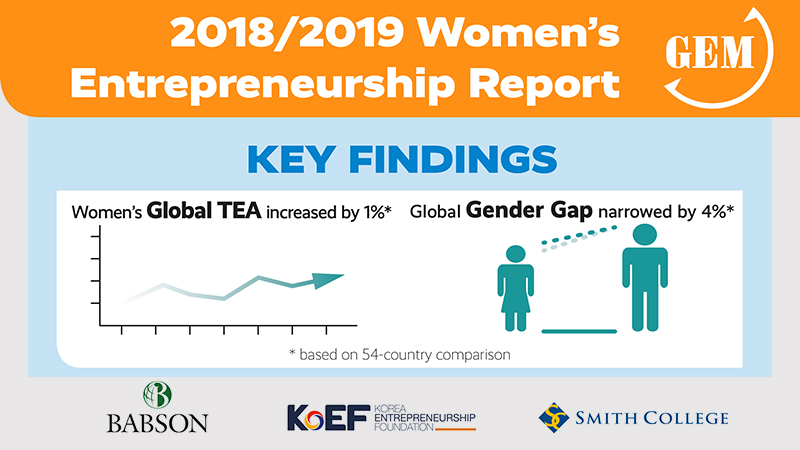 GEM, now a global consortium of over 500 researchers in its 20th year of operation, is the largest and most developed research program on entrepreneurship in the world, including data from 100+ economies. GEM is unique because, unlike most entrepreneurship data sets that measure newer and smaller firms, GEM studies the behavior of individuals with respect to starting and managing a business.

GEM consortium teams are members of an exclusive research project which provides access to the collective knowledge of some of the world’s most renowned researchers and institutions involved in entrepreneurship research. At a time in history when individual entrepreneurial activity may hold the key to transforming the global economy and discouraging ingrained economic disparity in countries with minimal economic opportunity,

GEM data has influenced national economic policies and continues to expand its collaborative role.Women’s entrepreneurship is an increasingly popular topic for study and action in the academic, policy, and public and private sector communities. It is a frequent focus of academic research publications based on GEM data. Around the world, policy and public/private institutions are concerned with improving conditions for women’s business, increasing women’s participation in entrepreneurship, and facilitating high quality activity that may include growth enterprises and knowledge-based industries.

The findings of this report provide a foundation for guiding future research, policy decision-making, and design of initiatives and programs to enhance growth and development of women’s entrepreneurship within context. Overall, this report demonstrates the value women entrepreneurs bring to societies worldwide and suggests areas for improvement in conditions that encourage and support their aspirations.

In October 2009, the Center for Women and Financial Independence launched a pioneering survey to study educated women's financial knowledge, behavior and attitudes towards money. Over 4,500 Smith College alumnae completed the comprehensive online survey. The results from this rich dataset, that includes information about age, household income and type of degree obtained, is reported in a series of articles that examine how educated women learn about finances, manage their assets, make financial decisions, save for retirement, gage their sense of financial security and assess their own financial mistakes.