Smith has always aimed to build leaders—that goal is embedded right into the college’s mission statement.

At the heart of this effort is the Wurtele Center for Leadership, which serves as a hub for academic partnerships and a variety of co-curricular programming linked to leadership development. “We want to help students, faculty, and staff think about what leadership means to them,” says the center’s inaugural director, Erin Park Cohn ’00.

Launched in 2019, the Wurtele Center is a more focused evolution of the former Center for Work and Life. Both were made possible by trustee Margaret Von Blon Wurtele ’67.

Key initiatives include the Leaders for Equity-Centered and Action-Based Design (LEAD) Scholars Program, a partnership with the Office for Equity and Inclusion. The program supports student work and conversations about diversity, equity, and inclusion. “It’s designed to help students reframe leadership from a solo, individual achievement to something that is more about coalition building,” Cohn says.

A second major venture for the center is Amplify, a set of programs that helps students develop a public voice. The center’s flagship annual Amplify Competition offers the chance for students to share their best work in categories including public art, public speaking, and public writing. The 2022 award ceremony took place on March 9.

Cohn says she’s eager to help Smithies look beyond traditional ideas of leadership. When a wider range of people can see themselves in that identity as leaders, she says, they can make real contributions to create a better world. “Smithies want to make an impact on the world, and we want to be giving them the skills to do that.”

Preparing for a Changed World

Almost immediately, the world transformed in ways that made it crystal clear that this leadership strategy was essential, Cohn says. “Both the pandemic and reckoning around race in this country have reinforced that older, individualistically driven models of leadership aren’t serving us well,” she says. “Huge problems like these require people to work together across difference.” True leadership, she says, isn’t just about “stepping forward,” but also recognizing that there are times when the correct thing to do is to step back to make space for other voices and ideas. “Engaging in the messy work of collaboration is a form of leadership that’s going to serve us better in the long run,” Cohn says. “These messages are really starting to resonate.”

When Emilia Tamayo ’23 saw that the Wurtele Center’s Amplify program was accepting submissions for its competition in the public speaking category this past fall, she knew she wanted to perform a spoken-word poem. “As soon as the competition was announced, I got to work on it,” she says. “It was a pretty big thing for me.”

In February, she performed a poem she’d written about her identity as a Latinx student at Smith. “It was nerve-wracking,” she says of the moments leading up to the event. “But when I was performing, I felt empowered, confident, and strong.”

Tamayo says her experiences at the Wurtele Center—both in the Amplify program and currently as an intern—have helped her see leadership in an entirely new way. While she once thought of the work of advancing equity and inclusion as primarily the purview of Smith’s Office of Multicultural Affairs and the Office for Equity and Inclusion, she now sees it as a part of the Wurtele Center as well. “We’re always talking about how we can bring more people into the center and make sure that everyone feels like they belong here,” she says. “The centers are not isolated in what they do.”

Wurtele Center, By the Numbers

179
Number of students enrolled in Amplify-affiliated coursework in the 2020–21 academic year.

24
Percentage of students enrolled in leadership coursework who are first-generation college students.

90
Percentage of participants in leadership courses or co-curricular programs who are nonwhite.

A series of stories about the academic centers that help shape the intellectual life of the college.

The Insider’s Guide to Center for the Environment, Ecological Design, and Sustainability 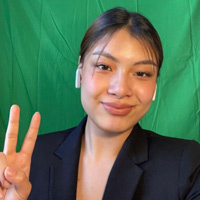 An Expansive Understanding of Leadership

Before Dianie Chen ’24 got involved in Wurtele Center activities, her views of leadership were somewhat simplistic. “I had always thought about leadership almost like a dictatorship,” she says. “A CEO is above everyone else, for example. I didn’t think of leadership as collaborative.” While she didn’t agree with that perspective, she felt she had to emulate it if she wanted to be successful.

But after taking the course Critical Perspectives on Collaborative Leadership as a first-year student, her understanding of the concept evolved. She learned about deep listening, radical empathy, and cooperative approaches.

Today, Chen is a LEAD Scholar and has applied to be part of the LEAD Corps, programs designed to build leadership capacity in students. She’s also been invited to be a panelist in the center’s C Series, three workshops that explore foundational concepts associated with leadership.

For Chen, the lessons of the Wurtele Center have spilled over into the rest of her life, including in her work as a Head of New Students (HONS). “I provide guidance to first-years, but I also try just to be there for them,” she says. “Everyone has the right to feel just as valued as everyone else.”