Smith describes itself as a college “of and for the world.” That foundational idea found a literal home in Wright Hall when the Global Studies Center launched in 2010.

Later named the Lewis Global Studies Center in recognition of Phoebe Reese Lewis ’51 and her husband, John, the center brings together Smith’s programs linked to global issues and citizenship. This includes the International Students and Scholars Office, the Office for International Study, and the Interdisciplinary Studies Diploma Program (formerly the American Studies Diploma Program).

For current faculty co-director Greg White, Mary Huggins Gamble Professor of Government, the space represents Smith’s deep commitment to providing an education that is global in scope. “We see the center as a way to highlight and champion the college’s efforts to study and understand global issues, broadly conceived,” says White, who collaborates closely with Rebecca Hovey, dean for global studies and co-director of the center.

Outside of COVID times, the center is a bustling home away from home for international students, a go-to site for study abroad preparation, and a host for conferences and the popular Global Encounters photo and video contests. More than 30 departments on campus have a connection to the center, linking one or more of their courses to global issues.

More than 30 departments on campus offer at least one course that links to global issues.

White says that the shared space of this diverse set of programs and offices frequently illuminates new collaborative opportunities. “For example, we can offer opportunities for Smith sophomores who are considering studying abroad in Paris or Geneva or Cairo the chance to meet students who are from those places,” he says. “For students who are Chinese nationals or those who are studying Mandarin, we can host events at the center that are in Mandarin.”

As White looks ahead, he expects a continued dynamism and openness to experimentation as students seek to explore the world and share their experiences within it.

To say that Clara Broekaert ’21 likes to jump into things with both feet is putting it mildly—her approach to life might be more accurately characterized as a cannonball leap. While the widely traveled trilingual Smithie has always mapped out ambitious plans for herself, she credits the Lewis Global Studies Center for helping smooth the way. “It was central to my experience,” she says.

Rather than attending college in her home country of Belgium, where it’s common for students to spend their first year getting general courses out of the way, Broekaert enrolled at Smith, where she could immediately pursue her twin interests in government and international relations. And rather than spend four full years in Northampton, she layered on a study abroad experience through the Smith in Paris program. This fall, she began a master’s program in security, intelligence, and strategic studies run through the European Commission, which she hopes will lead to a career in security or research.

For Broekaert, the Lewis Global Studies Center was both a home and a launching pad: She became close friends with other international students, attended lunches at the center to learn about opportunities available to her, and leaned on center experts to iron out every logistical and paperwork challenge. The Lewis Global Studies Center didn’t just make her international experiences possible—it whetted her appetite for more. “Once you’ve studied abroad, you want to do it again,” she says. “It’s addictive.”

≈40
Percentage of students who participate in a global learning experience, such as study abroad or the Global Faculty- Led Experiences (FLEX) program, during their time at Smith.

450
Number of students who have completed the Interdisciplinary Studies Diploma Program, which celebrates its 60th anniversary in 2022. The yearlong program attracts scholars from around the world.

1925
Year Smith launched its first study abroad program—in Paris. Today, in addition to its signature programs in Florence, Geneva, Hamburg, and Paris, the college supports and facilitates study in more than 100 programs on six continents.

If the center’s mission to support and develop global programming has stayed constant, the world in which it operates has changed dramatically—and seems poised for another pivot in the coming years.

The center was launched at a moment when it seemed that the interest in international travel and global connection would rise indefinitely. It entered a more challenging environment for global travel as the political winds shifted toward civic, economic, and cultural nationalism beginning in 2015 and 2016.

The numbers of international students coming to Smith and Smith students traveling abroad drifted down over the following few years—followed by a precipitous drop when COVID-19 hit American shores.

But in the coming years, Greg White sees an opportunity for the center to shine in a new era. “Student demand to travel globally remains strong, and we have innovative programming that we’re really excited about,” he says. “The importance of global travel and study hasn’t diminished.” 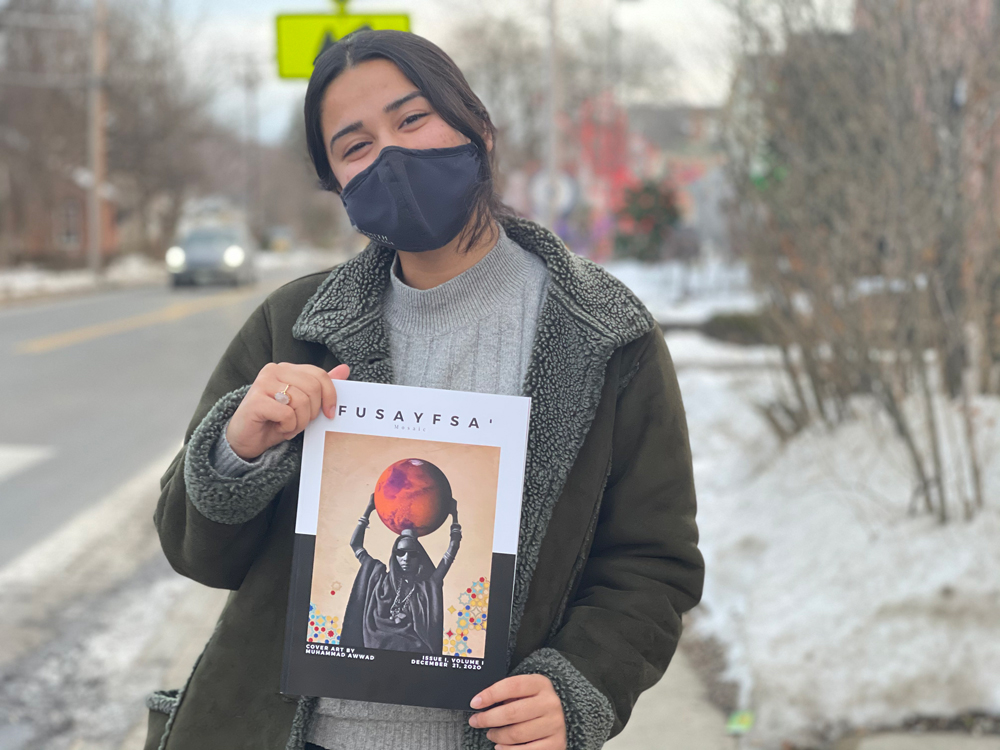 What’s the value of the Lewis Global Studies Center?

“When you’re interacting with people from many different cultures, the concept of coexistence really takes shape. It helps you understand, in a deeper way, the ideas of tolerance and acceptance of differing views and opinions. The connections I have formed here, to me, are like a family. I feel safe and secure here—I have people who I can fall back on, people who answer my questions and help me find my way in this world.”

—Manal Fatima ’23, a double major in quantitative economics and Middle East studies, is the founder and editor-in-chief of the journal Fusayfsa’, about North Africa West Asia.