When Professor Sara Pruss got a call from a media producer for the Smithsonian’s National Museum of Natural History last fall, she never expected it would lead to an exhibit of her geological field research with students.

A video of Pruss and her students exploring fossil evidence of a mass extinction known as the Great Dying is now part of the museum’s Deep Time exhibit about Earth’s distant past.

For Pruss—professor of geological sciences and the new director of Smith’s Sherrerd Center for Teaching and Learning—the importance of the exhibit is “telling the story of a recovery from the end-Permian mass extinction early in the Triassic Period in a way that is relevant to our era.”

Scientists believe the Great Dying was caused by rising temperatures from a huge volcanic eruption that released significant amounts of carbon dioxide into the atmosphere. “Do those circumstances sound familiar?” Pruss asks.

In addition to being in the national spotlight at the Smithsonian, Pruss’ work with her students will be highlighted as part of Smith’s themed Year on Climate Change.

Here’s what she had to say about her research, and her leadership role at the Sherrerd Center.

What was it like to have a museum film crew in the field with you?

“When I got the call from the producer at the Smithsonian and she asked to come along with us on the trip I’d organized for January, I said, ‘Sure, but we have to be able to do our work.’ Three of my four students were first-year STRIDE and AEMES students and had never experienced field work before—and they were being filmed. We had a drone following us around for a lot of the time! We were hiking in the Spring Mountains about a half hour outside of Las Vegas, looking at rocks that were deposited in the ocean after the mass extinction event about 250 million years ago. From the fossils preserved in the Triassic rocks, you can see how many fewer organisms and species there were compared to what existed before.” 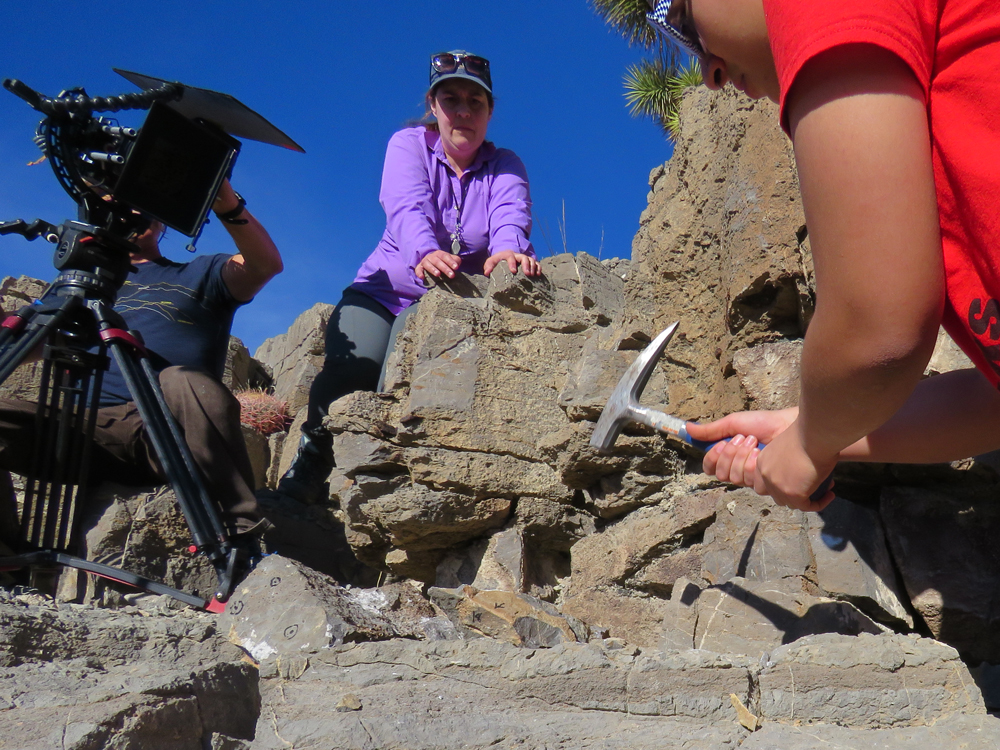 Why is the Great Dying important?

“It’s the largest extinction in Earth’s history: Estimates suggest about 95 percent of marine species disappeared in a “geologic instant” [about 10,000 years]. What’s important to me about this research is linking it to what’s happening today. Some of us keep pretending that we don’t know the consequences of putting a huge amount of carbon dioxide into our atmosphere. But we do!”

What’s been the response to the exhibit?

“As someone who grew up wanting to be a scientist, a really exciting part of this is knowing that when people go to the Smithsonian’s exhibit, they will see a team of women scientists at work. There was a ripple effect in the Smith community from people being excited about the Deep Time exhibit and the fact that it featured Smith faculty and students so prominently. When I posted the video on Facebook, I got wonderful messages from our alums. And, of course, it was thrilling for my students—and their parents. Here they are in their first year at Smith and their work is in the Smithsonian.” 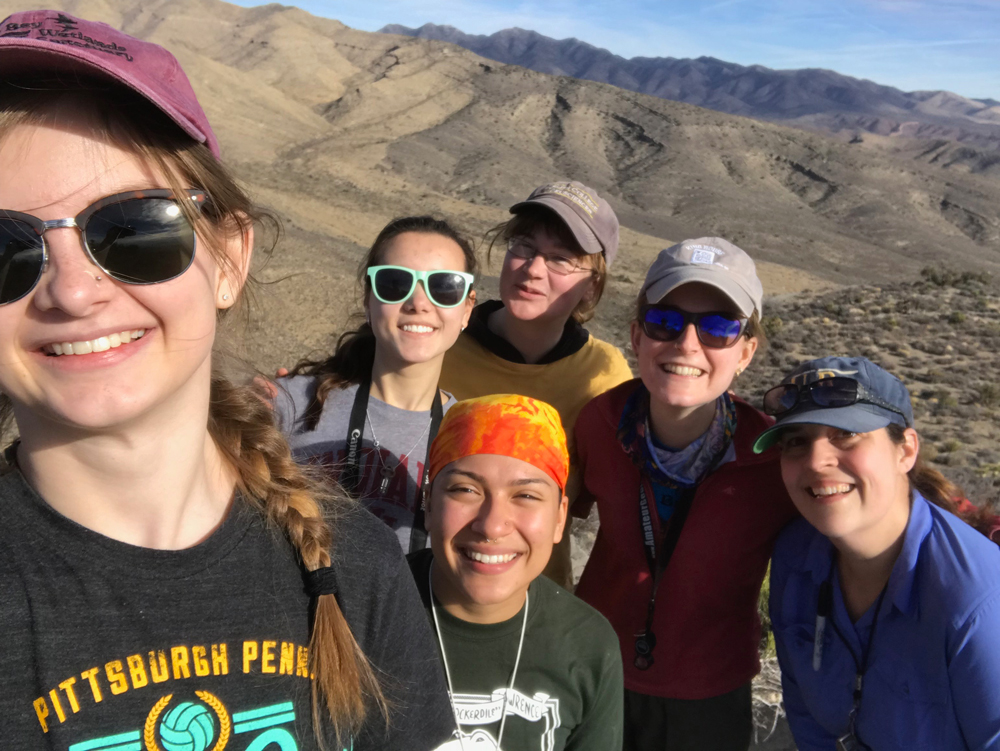 What do you bring to your new role at the Sherrerd Center?

“One of my favorite parts of teaching at Smith is the one-on-one research mentoring; watching students become independent scientists. I think we do that better here than at almost any other liberal arts college. I’m hoping to bring that perspective to my work at the center. I want us to think about how we engage students as scholars and how we support them in their inquiry. What does research look like in the languages? What does it look like in scientific fields? What can we do better?”

What’s one of your key priorities for the work for the center?

“There’s a motto we have at Sherrerd that good teaching is necessarily inclusive. I want to keep that at the heart of what we’re doing. Making inclusion a centerpiece of how we think about excellent teaching at Smith is important to me.”

Exploring the Art and Business of Poetry

An interterm course in the “Art and Business of Poetry” helps students think about poetry as a practical career route, not solely a pastime.

An ambitious new set of initiatives is teaching students the fundamentals of effective public writing. Their work is helping to shape critical cultural conversations.

In testing her skills as a science communicator, Quinn White ’23 won a national award for an essay on telehealth and mental health services during the pandemic.