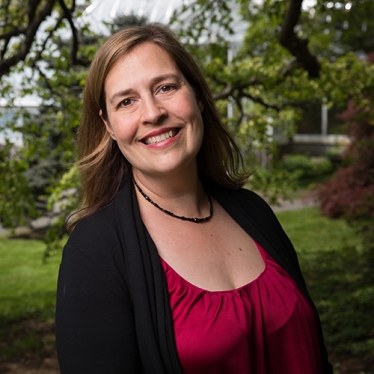 Sara Pruss’ career in geology began as an undergraduate at the University of Rochester. Her interest in field­-based research led her to the laboratory of David Bottjer at the University of Southern California, where she studied the aftermath of the end-­Permian mass extinction event. She was also fortunate to work on other exciting topics while at USC, such as enigmatic Neoproterozoic carbonates with Frank Corsetti. After completing her doctorate in 2004, Pruss went to Harvard University as an Agouron Institute Postdoctoral Fellow to work with Andrew Knoll on the role of skeletons in Cambro-Ordovician carbonates of the western United States and western Newfoundland. Her work has been supported by the National Science Foundation and the National Geographic Society. In 2014, she was awarded for Outstanding Contributions to Geobiosciences by the Society for Geobiology and Geomicrobiology, and in 2015, she was awarded the Sherrerd Prize for Distinguished Teaching by Smith College.