Harjo will receive an honorary degree at the event.

Honorary degrees will also be awarded to:

Honorary degrees also will be awarded to five individuals who had been scheduled to receive them in 2020: Northampton educator Gwen Agna; diplomat and climate change activist Christiana Figueres; advocate for immigrants Cristina Jiménez; pastor and educator the Rev. Gloria Elaine White-Hammond, M.D.; and author Hanya Yanagihara ’95.

Smith’s commencement will take place at 10 a.m. Sunday, May 30. Smith hopes to have an in-person, student-only commencement ceremony if Massachusetts guidelines allow. Families, friends and seniors who can’t be on campus in person will be invited to attend virtually. More information will be available at a later date.

Born in Tulsa, Oklahoma, Joy Harjo is an award-winning poet, writer, performer and saxophone player of the Mvskoke/Creek Nation. As the first Native American to be named U.S. Poet Laureate, she launched “Living Nations, Living Words,” a website designed to introduce readers to the many Native poets in the U.S. Harjo is the author of nine books of poetry, including the acclaimed “An American Sunrise,” as well as several plays and children’s books. Her 2012 memoir, “Crazy Brave,” won both the American Book Award and the PEN USA Literary Award for Creative Non-Fiction. Harjo’s many other honors include a Guggenheim Fellowship, the Wallace Stevens Award from the Academy of American Poets, and the Poetry Foundation’s Ruth Lilly Prize, which honors lifetime achievement. A renowned saxophone player, Harjo performs solo and with her band, The Arrow Dynamics. She is a chancellor of the Academy of American Poets, and chairs the board of Native Arts and Cultures Foundation. 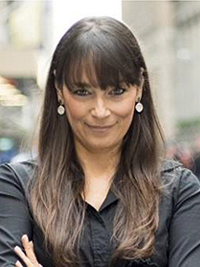 An expert in the field of higher education administration, college success and leadership development, Deborah Bial is president and founder of The Posse Foundation, an organization that sends teams (Posses) of students from diverse backgrounds to selective colleges and universities. Since 1989, The Posse Foundation has identified 10,000 Posse Scholars—including 60 who have attended Smith in the past six years. Nationally, these young people have won $1.5 billion in leadership scholarships from Posse’s partner colleges and universities, and are graduating at a rate of 90 percent. In 2010, President Barack Obama named Posse as one of 10 nonprofits with which he would share his Nobel Peace Prize money. Bial has received a prestigious MacArthur “genius grant” from The John D. and Catherine T. MacArthur Foundation, as well as the Harold W. McGraw Prize in Education. A member of the Brandeis Board of Trustees, Bial earned her undergraduate degree at Brandeis, and holds master’s and doctoral degrees from Harvard. 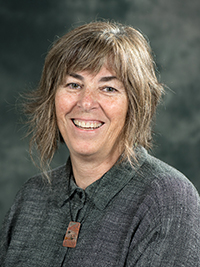 In her 20 years as executive director of Valley Community Development, Joanne Campbell transformed the landscape for underserved residents of the Pioneer Valley. Before her retirement in 2020, Campbell oversaw the development of more than 300 homes and apartments, ranging from single-person housing to family housing. Campbell also was instrumental in creating a housing pipeline of nearly 120 homes that have been successfully zoned, funded and approved; those homes are expected to come online in the next two years. During Campbell’s tenure, Valley Community Development also provided counseling and support for more than 8,000 homeowners and more than 2,000 small businesses. Campbell’s leadership has extended beyond the Pioneer Valley: she chaired the board of directors of the Massachusetts Association of Community Development Corporations, and also served for more than 20 years on the board of directors for Way Finders, Inc., a regional housing agency. 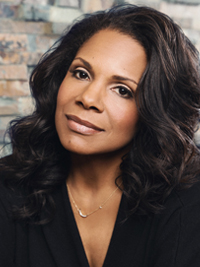 Audra McDonald is one of the world’s most recognized and accomplished singers and actors. In addition to a record-breaking six Tony Awards—distinguishing her as the most decorated performer in American theater—she is the recipient of two Grammy Awards, an Emmy Award and a 2015 National Medal of Arts bestowed on her by President Barack Obama. A luminous soprano with a gift for dramatic truth-telling, she is as much at home on Broadway and concert stages as she is on film and television. As a recording artist, she has released six solo albums. Her training in classical voice at Juilliard has led to appearances with leading opera companies and orchestras around the world. A founding member of Black Theatre United, board member of Covenant House International, and prominent advocate for LGBTQAI+ rights, her favorite roles are those performed offstage, as an activist, wife to actor Will Swenson, and mother.