The Presidential Colloquium series regularly features influential thought leaders in a variety of fields—from poets and writers to economists and policy experts—to share their expertise, offer insights and inspire discourse on key social, political and global topics that call for our attention.

All events are scheduled to take place in person. Some colloquia will be livestreamed; no video will be available at other times. Presidential Colloquia are open to the public unless otherwise noted. 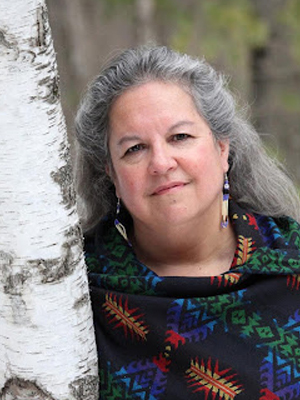 Robin Wall Kimmerer is a mother, scientist, decorated professor and enrolled member of the Citizen Potawatomi Nation. She is the author of Braiding Sweetgrass: Indigenous Wisdom, Scientific Knowledge and the Teachings of Plants, which has earned Kimmerer wide acclaim. Her first book, Gathering Moss: A Natural and Cultural History of Mosses, received the John Burroughs Medal for outstanding nature writing. In 2015, Kimmerer addressed the general assembly of the United Nations on the topic of “Healing Our Relationship With Nature.” Kimmerer is a Distinguished Teaching Professor of Environmental Biology at the State University of New York and the founder and director of the Center for Native Peoples and the Environment, whose mission is to create programs that draw on the wisdom of both indigenous and scientific knowledge for our shared goals of sustainability. 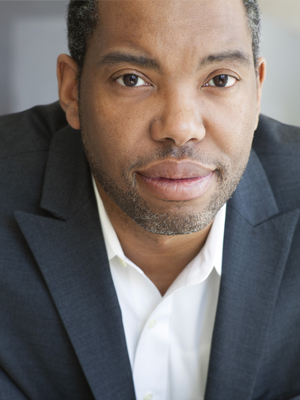 Ta-Nehisi Coates is an award-winning author and journalist whose works include the bestselling books The Beautiful Struggle, We Were Eight Years in Power and Between the World and Me, which won the National Book Award in 2015. He received a MacArthur Fellowship that same year. As a journalist, Coates has written for The Washington City Paper, The Village Voice, The New Yorker, The New York Times and other publications. While reporting for The Atlantic, he penned the National Magazine Award–winning essay “Fear of a Black President” and the influential essay “The Case For Reparations.” Coates also enjoyed a successful run writing Marvel’s Black Panther (from 2016 to 2021) and Captain America (from 2018 to 2021) comics series. Coates is currently writing the screenplays for the upcoming films Wrong Answer, Superman and the film adaptation of his first fiction novel, The Water Dancer. He recently joined Howard University’s faculty as a writer-in-residence and the Sterling Brown Chair in the Department of English. 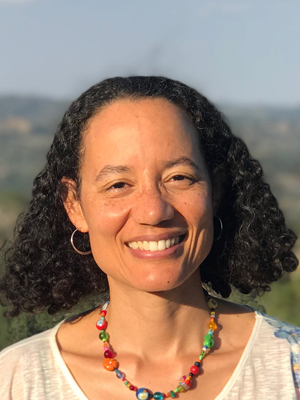 We Were Made for These Times: Moving Through Change, Loss and Disruption

Kaira Jewel Lingo is a Dharma teacher with a lifelong interest in spirituality and social justice. Her work continues the Engaged Buddhism developed by Thich Nhat Hanh, and she draws inspiration from her parents’ lives of service and her dad’s work with Martin Luther King, Jr. After living as an ordained nun for 15 years in Thich Nhat Hanh’s monastic community, Lingo now teaches internationally in the Zen lineage and the Vipassana tradition, as well as in secular mindfulness, at the intersection of racial, climate and social justice with a focus on activists, Black, Indigenous and People of Color, artists, educators, families and youth. Based in New York, she offers spiritual mentoring to groups and is author of We Were Made for These Times: 10 Lessons for Moving Through Change, Loss and Disruption from Parallax Press.

Co-presented by the Center for Religious and Spiritual Life and by the Jandon Center for Community Engagement.

Note: The film screening is in-person and only open to Smith community members (students, staff and faculty); The Q&A portion of the event will be live-streamed on Facebook beginning at 6 p.m. for anyone to join

Julie Cohen is director, with Betsy West, of My Name Is Pauli Murray, a Peabody Award–winning documentary that follows the life of lawyer and activist Pauli Murray, who was instrumental in arguing the equal protection clause of the 14th Amendment outlawing discrimination based on sex. The film had its world premiere at the Sundance Film Festival in 2021 and is currently streaming on Amazon. Cohen and West also directed RBG, an Oscar-nominated 2018 film focusing on the life and career of Supreme Court justice Ruth Bader Ginsburg, and Julia, about the food and television icon (and 1934 Smith graduate) Julia Child, now streaming on HBOMax. Cohen’s current film, also directed with West, is Gabby Giffords Won’t Back Down, which premiered at SXSW and is streaming on multiple platforms. Before she started making documentaries, Cohen was a staff producer for NBC News and the creator and producer of Supreme Court Watch on Court TV. She is a graduate of Colgate University and holds master's degrees from Columbia Journalism School and Yale Law School.

Dana DiCarlo is co-executive producer of My Name Is Pauli Murray (with her daughter Eve Plank ’21) and executive producer of two other documentaries—Charm City and Anonymous Sister. DiCarlo’s film interest supports those films that provide education and prompt activation. In her home community of Baltimore, DiCarlo works to promote engagement and fundraising with development executives at Port Discovery Children’s Museum, Family Tree, Children’s Chorus of Maryland, Ronald McDonald House, Smith Club of Baltimore and the House of Ruth domestic violence shelter. She is currently one of the finance chairs for Wes Moore, the Democratic candidate for Maryland governor. She also serves on the board of Sanibel Sea School in Florida. Dana and her husband, Scott, are independently investing in Baltimore City Public Schools and several Baltimore CIty police stations.

Co-presented by the Film and Media Studies Program. 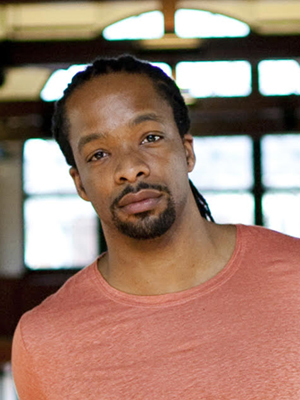 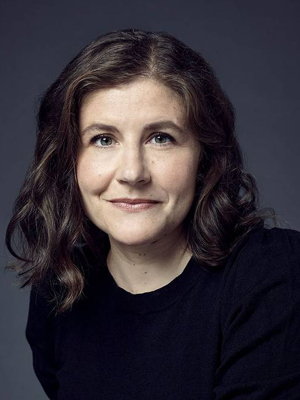 Dickinson: A Conversation with Alena Smith and Jericho Brown

Jericho Brown is the recipient of a Whiting Writers’ Award and fellowships from the John Simon Guggenheim Foundation, the Radcliffe Institute for Advanced Study and the National Endowment for the Arts. Brown’s first book, Please, won the American Book Award. His second book, The New Testament, won the Anisfield-Wolf Book Award and was named one of the best books of 2014 by Library Journal, Coldfront Magazine and the Academy of American Poets. He is the author of The Tradition, which was a finalist for the 2019 National Book Award and the winner of the 2020 Pulitzer Prize for Poetry. His poems have appeared in The New York Times, The New Yorker and elsewhere, and in several volumes of The Best American Poetry anthologies. He is the Charles Howard Candler Professor of Creative Writing and the director of the Creative Writing Program at Emory University in Atlanta.

Alena Smith is a playwright and TV writer who is well known as the creator, showrunner and executive producer of the critically acclaimed series Dickinson. The show, which starred Hailee Steinfeld as Emily Dickinson, recently aired its third and final season on Apple TV+. Dickinson won a Peabody Award and was nominated for a GLAAD Media Award for Outstanding Comedy series. Smith made her directorial debut with the show’s final episode. Her plays include Icebergs, which had its world premiere in 2016 at the Geffen Playhouse, The Bad Guys, Plucker, The Lacy Project and The New Sincerity, which The New York Times called “Splendid…entertaining and thought-provoking…comedy with a poignant edge.”

Co-presented by the Boutelle-Day Poetry Center. 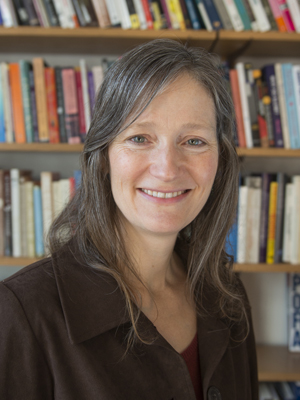 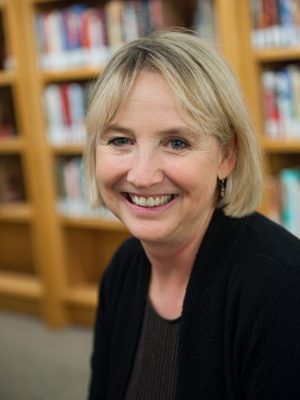 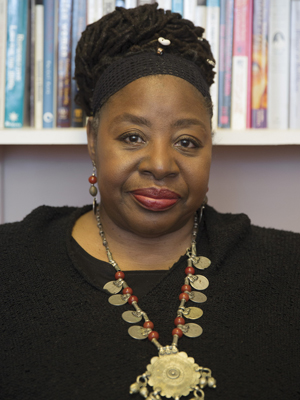 Carrie Baker is professor of the study of women and gender at Smith, where she teaches courses on gender, law and public policy; feminist social movements; reproductive justice; and feminist public writing. Baker is the author of three books: The Women’s Movement Against Sexual Harassment; Fighting the U.S. Youth Sex Trade: Gender, Race, and Politics; and Sexual Harassment Law: History, Cases, and Practice. She has also written widely on women’s issues for important media outlets, including Ms. magazine and The New York Times.

Alice Hearst is professor of government at Smith, where she teaches courses on public law, international human rights and state regulation of the family. Her research focuses on how state power affects a variety of issues in family law and policy. Hearst is the author of Children and the Politics of Cultural Belonging, has written numerous essays, serves as the contemporary issues editor for the Journal of the History of Childhood and Youth, and has contributed chapters to several books, the most recent on children and identity in adoption and foster care. She was a practicing attorney before entering academia.