When it comes to voting, Emily Paule ’22 believes in the “power of personal connections.”

That’s what led the government major to become student coordinator of Smith Votes, a nonpartisan effort aimed at boosting participation by students in local and national elections.

Launched on campus in 2018, Smith Votes uses TurboVote—an online platform that provides students with an easy way to register to vote, receive election reminders or apply for an absentee ballot so they can have a voice in elections in their home communities.

With Smith in remote learning mode this semester, Paule and other Smith Votes members have been reaching out virtually to Smith athletic teams, student clubs and organizations to help get the word out about the importance of voting.

Here’s what else Paule had to say about Smith Votes:

“We are a nonpartisan voting rights group. We’re not trying to push out candidates, so much as the importance of voting. … We’re trying to reach out to as many student organizations as possible. We know the power of personal connections is what really turns people out to vote.”

Have you set specific goals?

“Internally, we have a goal of 95 percent voter registration and 80 percent voter participation. When Smith Votes was founded, 75 percent of eligible (student) voters at Smith registered to vote, and 65 percent ended up voting. That’s high compared to national averages for college students, but given what Smith is, we thought we could do even better. The Smith rowing, lacrosse, basketball and soccer teams—all of Athletics—are reporting 100 percent [registered].” 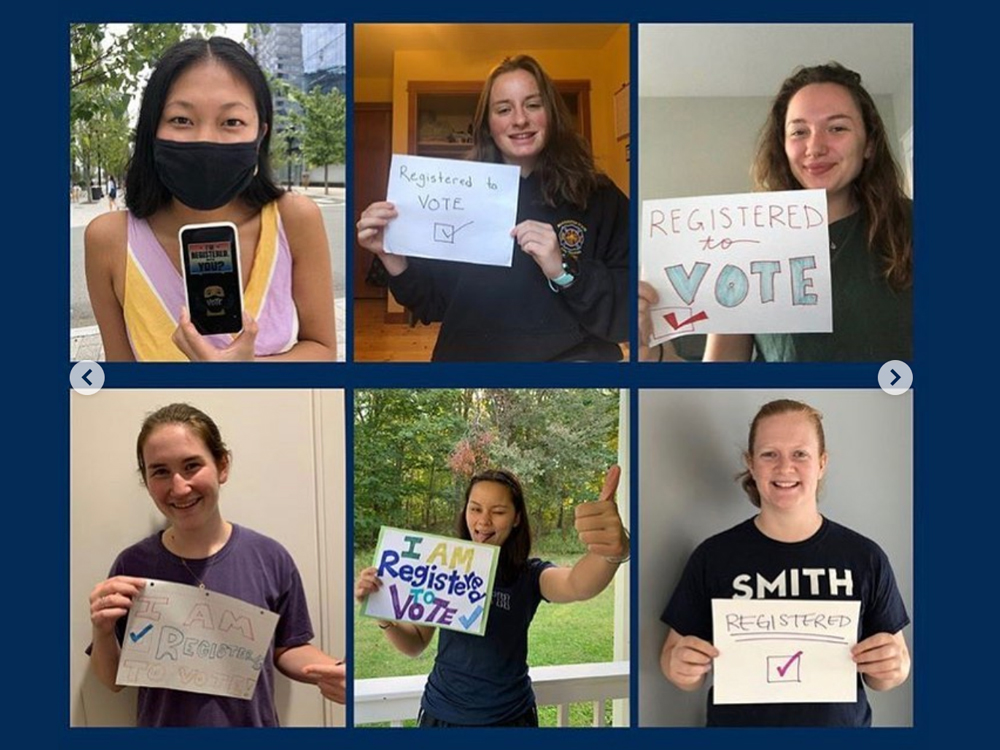 Smith Crew was among the Smith athletic teams that helped get 100 percent of their members registered to vote as part of Smith Votes.

What has been the approach to voting by mail?

“[Nationally,] the advice over the summer was to stress voting by mail. But now the recommendation is to emphasize early voting and voting in person. We’re not saying voting by mail is not safe; most Smithies vote by mail. We’ve just shifted to talking about early voting. There’s so many things students can do to help get out the vote.”

Are you talking to students about other ways to be involved in this year’s elections?

“There are other ways to get involved—phone banking, text banking, door knocking or being poll workers. And there are the basics of, ‘does everyone in your life have a plan to vote?’ I think that’s a great place to start. Smith students are involved in organizations like Reclaim Our Vote, which is a nonpartisan organization fighting voter suppression among students of color in the South. The History Department is also doing a series on social media with majors on ‘Why I Vote.’” 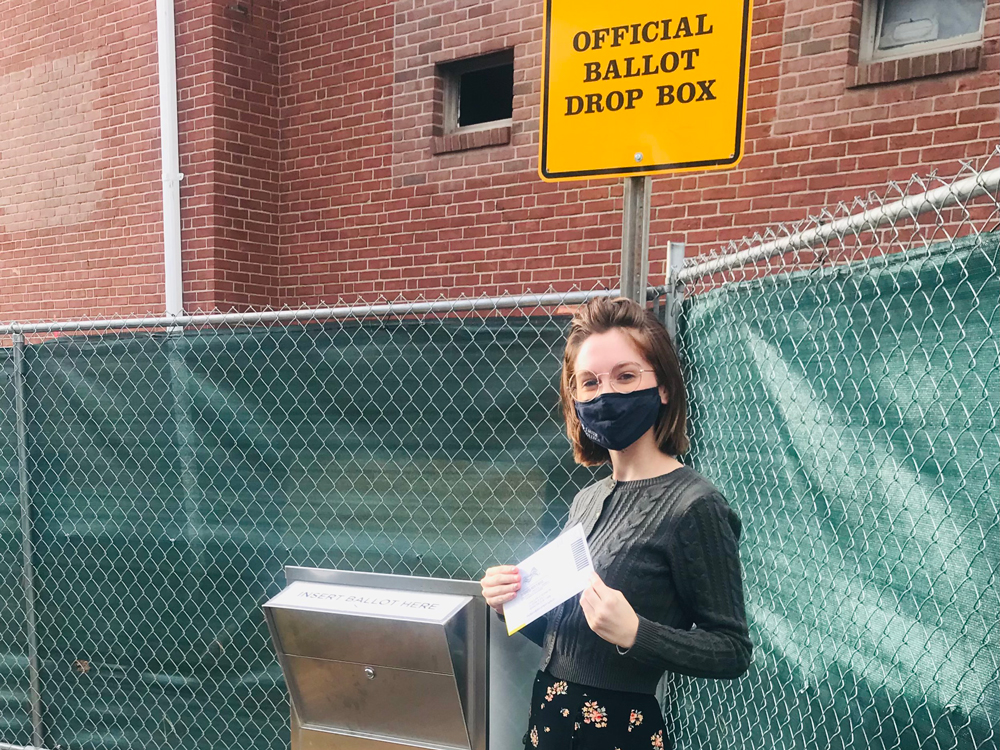 History major Jess Buslewicz ’22 was among the students in her department who participated in a series of “Why I Vote” posts on Instagram.

How are you feeling about the coming election?

“I’m nervous about it. A lot of what we’re reading about makes me feel the aftermath will not be rosy. People are trying to undermine the system, but the system is all we have. We have to trust that engaging people in the democratic process is what will get us through.”

Home Is Where the Smithies Are

House community is alive and well as students set up ‘pods’ from Alaska to Boston.

Music scholar awards, groundbreaking scientific research and global peace honors are among the recent accomplishments of Smith students, faculty, staff and alums. Read about them in the latest People News column.