Maya Morales ’22 participated this semester in the Sea Education Association’s Caribbean Reef Expedition. Morales, an environmental science and policy major, was one of 18 undergraduates sailing on an ocean research voyage to study the impact of humans on Caribbean coral reef ecosystems. 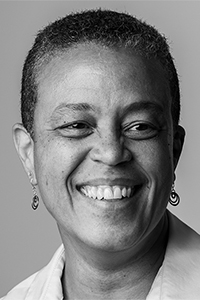 Dean of Admission Deanna Dixon ’88 has been selected to serve on the advisory board of the National Partnership for Educational Access. A member of Smith’s senior leadership team, Dixon earned her undergraduate degree in biological sciences and Afro-American studies at Smith, and received a master’s degree in business administration from the Olin School of Business at Washington University in St. Louis.

Carrie Baker, Sylvia Dlugasch Bauman Chair of American Studies and Professor of the Study of Women and Gender, was a panelist for a December virtual session on “Dobbs v. Jackson Women’s Health Organization: The Future of Roe and Supreme Court Legitimacy,” sponsored by the University of Massachusetts Amherst Center for Justice Law and Societies.

Ginetta Candelario ’90, professor of sociology and Latino/a studies and editor of the Smith-based journal Meridians, was a presenter at the recent De-Colonial Feminist Publishing conference in Geneva, Switzerland. Candelario discussed de-colonial feminist practices in journal editing and opportunities for collaboration with other feminist knowledge producers.

Luca Capogna, professor of mathematics and statistics, is an organizer for an upcoming Workshop for Department Chairs and Leaders sponsored by the American Mathematical Society.

Maleka Donaldson, assistant professor of education and child study, was featured in November on Harvard EdCast. In the podcast episode, “Learning from Mistakes,” Donaldson discusses the impact of how teachers frame mistakes to their students.

May George, lecturer in Middle East studies and the Five Colleges Initiative, was a Leaderboard Challenge winner at a virtual gathering in November of the American Council on the Teaching of Foreign Language.

Steven Goldstein, Sophia Smith Professor Emeritus of Government, and Sara Newland, assistant professor of government, were panelists for “Cross-Strait Relations One Year After Biden’s Election,” a virtual workshop sponsored in November by the Fairbank Center for Chinese Studies at Harvard University.

Laura Katz, Elsie Damon Simonds Professor of Biological Sciences, spoke in November at the University of Connecticut on “Challenging the Rules of Life: Analyses of genome evolution in microeukaryotes.”

Lisa Mangiamele, associate professor of biological sciences, is the author of “Testosterone amplifies the negative valence of an agonistic gestural display by exploiting receiver perceptual bias,” research about the behavior of tropical frogs published in November in the Proceedings of the Royal Society.

Erin Pineda, assistant professor of government, is the author of a new book, “Seeing Like an Activist: Civil Disobedience and the Civil Rights Movement,” which examines how prevailing narratives about Black protest are themselves entangled with white supremacy.

Loretta Ross, associate professor of the study of women and gender, was a panelist in December for a virtual session at Columbia University about threats to Roe v. Wade. 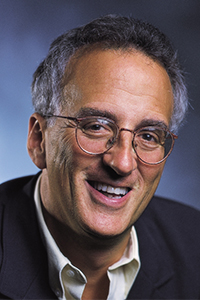 Andrew Zimbalist, Robert A. Woods Professor of Economics, is the author of “Whither College Sports?: Amateurism, Athlete Safety and Academic Integrity,” The book investigates the starkly different directions that college sports reform can take, and the implications for athletes and educational institutions.

Lucy Bodnar ’16 is a new board member of the Advertising Club of Western Massachusetts. Bodnar, who is an account manager at Brigade marketing agency, majored in the study of women and gender at Smith.

Sarah-Neel Smith ’07 is the recipient of a 2021 Andy Warhol Foundation Arts Writers Grant. A professor at Maryland Institute College of Art, Smith earned her undergraduate degree in art history and a master’s degree and a doctorate in that subject from the University of California Los Angeles.

Elizabeth Yang-Hellewell ’05 is the new executive director and chief executive officer of The New Children’s Museum in San Diego, California. Yang-Hellewell, who majored in philosophy at Smith, had previously served as chief advancement officer for the Museum of Contemporary Art San Diego. She earned an M.B.A. from the Fox School of Business at Temple University.

Rosy Fynn ’03 has been appointed as County Head for Ghana for the Mastercard Foundation. Fynn, who is a former chief executive officer of BusyInternet provider in Ghana, majored in computer science at Smith and earned an M.B.A. from Harvard University.

Jami Ake ’92, assistant dean of arts and sciences at Washington University in St. Louis, is the recipient of an Emerson Excellence in Teaching Award. Ake, who majored in English language and literature and sociology at Smith, received a master of arts degree from the University of Virginia Charlottesville and a Ph.D. from Indiana University.

Ann Gilkerson ’78 is the new managing editor of the Journal of Society of Architectural Historians, effective Jan. 4, 2022. An architectural historian and editor, Gilkerson earned her Smith degree in art history and received a Ph.D. in modern architecture from Harvard University.

Christine Marta Whitehead ’72 is the author of “Hemingway’s Daughter,” a novel about what life would be like for the daughter of Ernest Hemingway. Whitehead, who majored in history at Smith, earned a law degree from the University of Connecticut at Storrs.

‘The Most Consequential Work We Can Do’

Taking a comprehensive approach to dismantling systemic racism on campus.

In this, the second of a series of stories about the academic centers that help shape the intellectual life of the college, the Smith Alumnae Quarterly spotlights the Center for the Environment, Ecological Design, and Sustainability (CEEDS).