BY Barbara Solow
Mayte Sarmiento ’26 is one of 625 first-year students entering Smith this fall.

The students entering Smith this fall bring a remarkable array of skills, experiences and passions to campus.

This year’s 625 first-year students are arriving at Smith from 44 states and 41 countries. Thirty-two percent of the students in the class of 2026 are domestic students of color, according to the admission office, and 14 percent are international students. Seventeen percent of new students are the first in their families to attend college.

“The Class of 2026 is an extraordinary group of students who were chosen from the largest applicant pool in Smith history,” notes Joanna May, vice president for enrollment. “They displayed academic talent, a diversity of voice and experience, leadership potential and remarkable resilience through their applications—and we eagerly await the impact they are sure to make on the Smith community.”

Here’s what three entering students had to say about what they’re most looking forward to this fall. 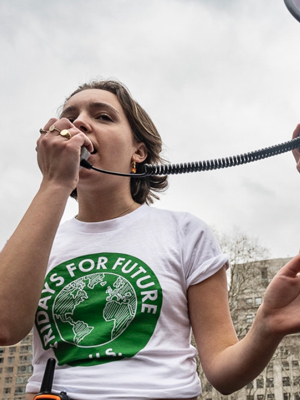 The title of a recent blog post by Amina Rosa Castronovo ’26 reveals how she feels about the role of young people in changing the world: “If You Think Your Voice Doesn’t Matter in the Climate Movement, You Need to Hear This.” Castronovo has been a voice for climate justice in her school, her local community and her state. She served as co-leader of the Environmental Justice Club at Beacon High School in New York City, and was a fellow this summer for a youth advocacy organization, Our Climate. Through that work, she says she’s gained confidence in herself as an activist. “One of the reasons why I love this movement is because it brings together an abundance of social injustices at a crossroads,” Castronovo wrote in another of her blog posts. “Now, I never hesitate to join a march or a meeting or write about my perspective.” She brings her leadership skills to Smith, along with a sense of inspiration about “what my generation can do” to help make positive change. 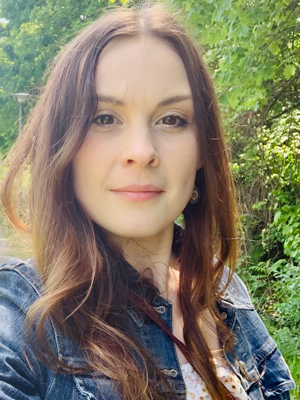 Ada Comstock Scholar Savana Paciulli has always loved math, but for years, she struggled with the limited way it was often taught—using methods that did not mesh well with her own brain chemistry. After enrolling at Holyoke Community College, she co-founded the Neurodiversity Club, where she was able to embrace her individual learning style and achieve recognition as a STEM research intern and as valedictorian of her class. Accepting “the way my brain works” has made all the difference, Paciulli says. “People who are neurodivergent tend to fall into the category of interdisciplinary thinking, and math itself is interdisciplinary.” At Smith, Paciulli looks forward to taking data sciences classes and meeting fellow students. She’s also thrilled that her three-year-old son will be starting the semester at Smith’s Fort Hill Center for Early Childhood Education. “It’s great to feel that wraparound support,” Paciulli says. 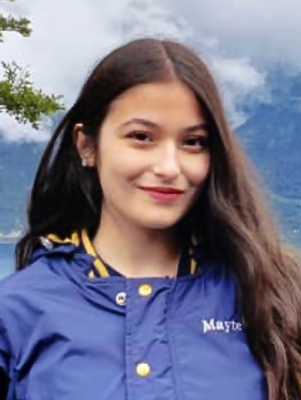 Mayte Sarmiento ’26 has long had a passion for creative performance. After appearing in numerous plays at her high school, she landed a secondary character role in the soap opera “100 días para enamoramos,” a Spanish-language comedy series about a couple trying to fall back in love. Sarmiento also has an Instagram account that is dedicated to helping future actors, and her work experience includes a stint as a playwright, as well as running a clothing business with her sister. In her first semester at Smith, Sarmiento says she’s looking forward to taking classes in theatre and French, “and discovering new topics that I might be interested in but didn’t know about before.” Overall, “I’m excited to be part of the inspiring community at Smith,” she adds.

Awards for student-athletes, groundbreaking research, and leadership in the arts, health care and sustainability are among the recent accomplishments of Smith students, faculty, staff and alums. Read about them in the latest People News column.