The Making of Madeleine L’Engle

Charlotte Jones Voiklis, granddaughter of the celebrated writer Madeleine L’Engle ’41, steps into a large storage unit on the Upper West Side of Manhattan. Around her are rows and rows of boxes, all numbered and dated, and dozens of blue file folders. She scans each shelf until she finds what she’s looking for. “I think you might be interested in this,” Jones Voiklis says as she lifts the top off a box.

Inside is the first draft of an unpublished manuscript called The Eye Begins to See that L’Engle, who became a household name five decades ago with the publication of A Wrinkle in Time, was working on at the time of her death in 2007. The manuscript begins in L’Engle’s meticulous and sturdy handwriting and then, a few pages in, continues on hundreds of double-spaced typed pages. The story follows A Wrinkle in Time’s well-known teen heroine, Meg Murry, into middle age, providing a satisfying cap to an enduring tale that, for many, was their first connection to a young, smart, empowered female protagonist in the science fiction genre.

“This is really the story of Meg in her forties,” Jones Voiklis says. “It shows the life she had once her kids had grown. My grandmother was about a third of the way through writing it.” 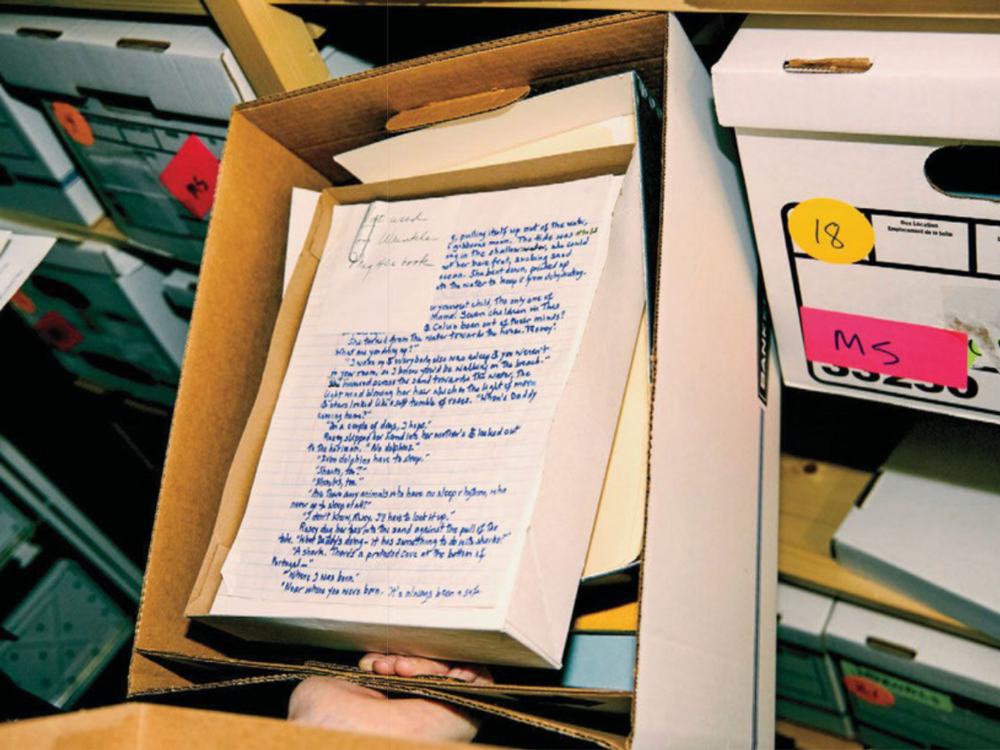 An early draft of The Eye Begins to See. Photo by Beth Perkins.

Until this point, very few people, aside from Jones Voiklis, have seen or read what exists of The Eye Begins to See. Since L’Engle’s death, the manuscript has been kept tucked away among other drafts and unpublished stories in this New York storage unit. That’s about to change. This year, which marks the 100th anniversary of her birth, L’Engle’s family is donating much of the author’s literary estate to Smith College. The papers will be housed in the library’s special collections archive, one of the country’s leading repositories of rare books, manuscripts and other ephemera related primarily to women’s lives, accomplishments and history. Elizabeth Myers, director of special collections, says L’Engle’s literary papers will be a transformative addition to a collection that is already home to the works of well-known authors like Anne Morrow Lindbergh ’28 and Ann Martin ’77. “Given her connection to Smith, given her place in literary history, given the strength of our connection to women’s history, it is only natural that Madeleine L’Engle’s collection reside here,” Myers says. “We are incredibly excited to be able to offer students, scholars and lovers of literature an intimate look into the life of such a literary force.”

Filling close to 70 boxes and dozens of file folders, the collection contains drafts of early manuscripts; original editions of hundreds of literary magazines that L’Engle contributed to throughout her life; an extensive array of family letters, postcards and photographs; materials from her time at Smith; and memorabilia from her writing room, including the National Humanities Medal she received in 2004 and the Smith College Medal she received in 1981.

Under Jones Voiklis’ watchful eye, the collection has been remarkably well-preserved and curated, making it all the more appealing to archivists like Myers. “It’s everything you want in a collection,” Myers says. “It is so wonderfully rich and comprehensive. It is an incredibly insightful collection, because Madeleine was an insightful woman and a dedicated keeper of her own records. Perhaps it was the librarian in her.” 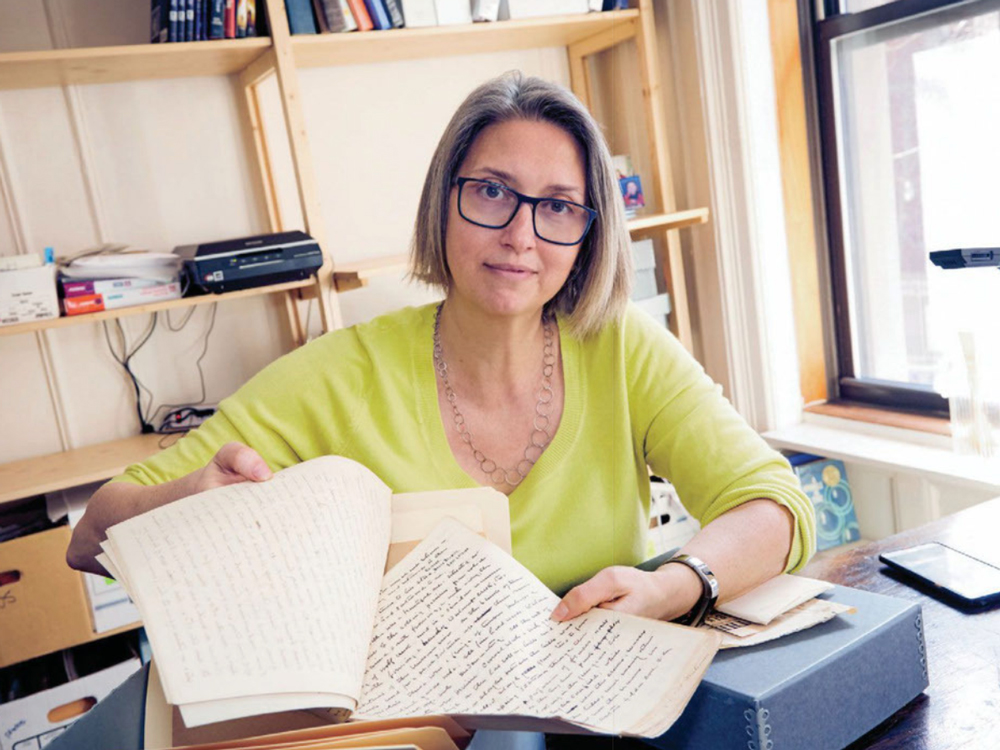 The first time Myers walked into the storage unit in New York to view the collection, she was overcome with what she calls the “pure joy of discovery.” She remembers opening one of L’Engle’s journals (which will not be part of the collection at this time) and immediately feeling a deep connection with the author. “She had written the entry first thing in the morning, right after she’d woken up. It was about a dream she had and she was being very thoughtful about the details and what it all meant to her,” Myers recalls. “I sat there reading and realized how much this incredible stuff will expand our idea of who Madeleine L’Engle was.”

One insight that scholars and literary buffs might gain from reading L’Engle’s letters and personal papers is just how ambitious she was, says Jones Voiklis, who lived with L’Engle in New York and worked as her assistant throughout college. “She was at once very vulnerable, but also really driven,” Jones Voiklis says. “Her professors and family had high expectations of her, and she had exceptionally high expectations of herself. She was incredibly hurt when she went through a period in her 30s when she wasn’t being published.”

Myers is looking forward to students and scholars encountering a very personal side of the world-famous author. “Most people know Madeleine L’Engle through A Wrinkle in Time, but with a collection like this you get to see so much more than what she was famous for,” Myers says. “You learn about her hopes and dreams and challenges and how she made decisions in her life. It’s rare to be offered such insight.” 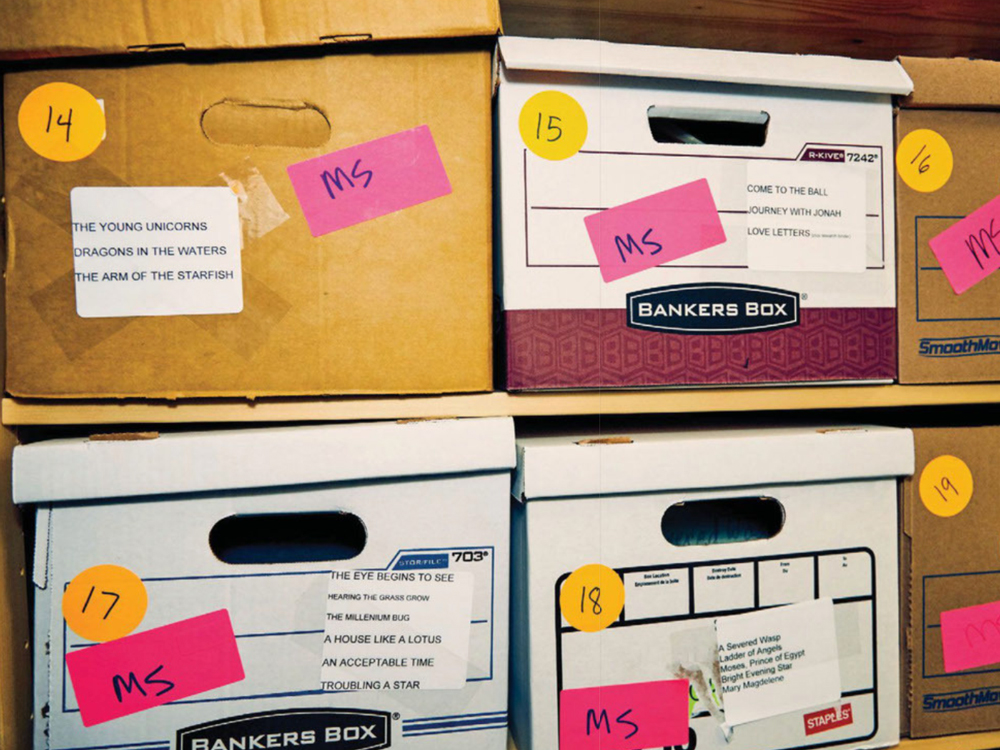 Boxed manuscripts of published and unpublished novels are part of L’Engle’s literary estate that is set to come to Smith later this year.

Smith isn’t the first institution to house pieces of L’Engle’s literary estate. Wheaton College in Illinois acquired other manuscripts, correspondence, photographs and papers written by L’Engle directly from the author herself in the late 1970s. But Jones Voiklis was intent on ensuring that the remainder of the literary estate make its way back to the place that was instrumental in setting her grandmother on a path to becoming a writer. “I know my grandmother believed that Smith gave so much to her and meant so much to her,” Jones Voiklis says. “Now I hope that her papers will inspire the students of today and tomorrow to go after their dreams just as she did.”

The L’Engle family gift to Smith is well-timed. Interest in L’Engle has surged over the past several months. This year marks the 100th anniversary of her birth, and in February Jones Voiklis and her sister, Léna Roy, released their own young-adult biography of their famous grandmother, called Becoming Madeleine (Farrar, Straus and Giroux). Then in March, Disney released the Ava DuVernay–directed big-budget adaptation of A Wrinkle in Time, with an all-star cast; the movie has grossed more than $115 million worldwide.

Were she alive today, L’Engle probably would feel a bit uncomfortable with all the attention being paid to her. “She was extremely humble,” says Jones Voiklis. “She was a disciplined artist who cared deeply for her writing. That was her focus, and that’s what she wanted other people to focus on. She always just wanted to tell a good story.” 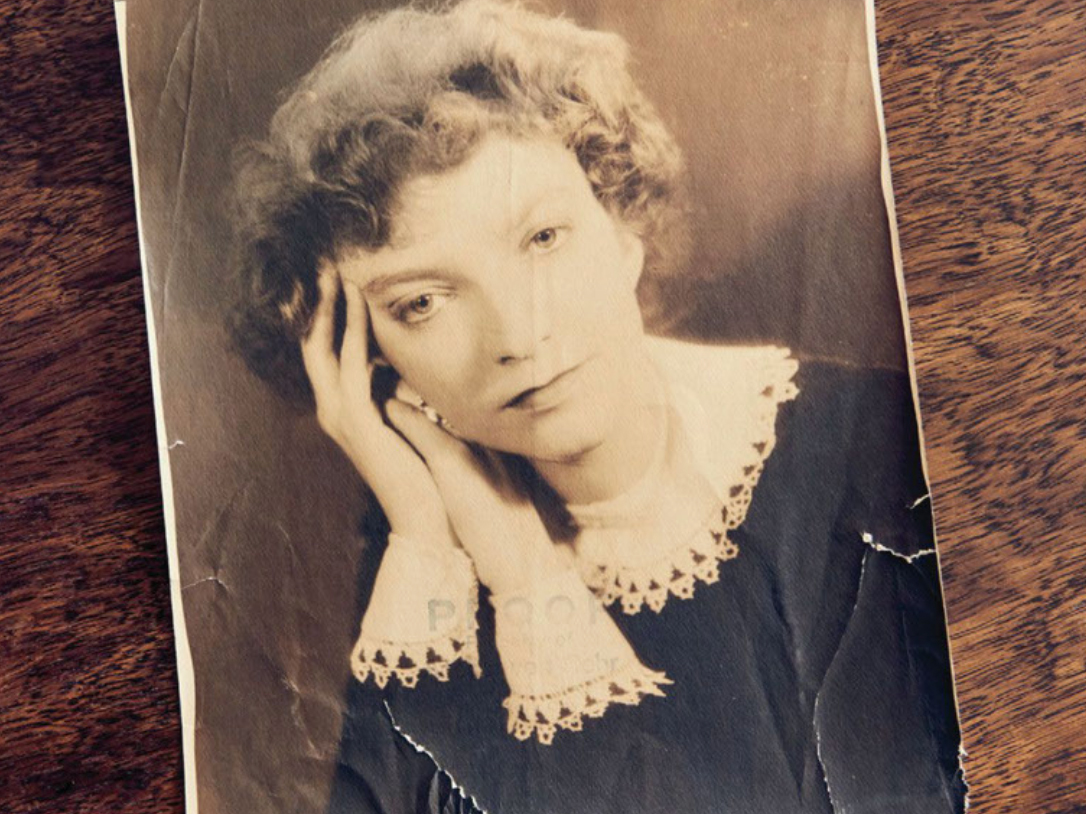 An early portrait of Madeleine L’Engle.

As she prepares to hand over her grandmother’s papers to Smith later this year, Jones Voiklis is looking forward to the new scholarship about L’Engle’s life and legacy that the collection will inspire in the years ahead.

“There’s such a wealth of material, and I’m anxious for people to study her work,” she says. “Madeleine was the only grandmother I ever knew. She was amazing, and I’m excited that the world will finally get to know her, too.”

John MacMillan is the editorial director for alumnae communications at Smith.

‘Tale of a Smart, Awkward Misfit’

Madeleine L’Engle’s A Wrinkle in Time has influenced generations of readers with its mix of adventure, science fiction, spirituality, family devotion—and a memorable heroine. Alumnae tell us it opened their hearts and minds to unimagined possibilities and quite literally changed their lives.

Stories We Carry With Us

Intelligence, high-moral values and an expansive imagination infuse the writings of Madeleine L’Engle ’41. In honor of her centenary year, and with the release of a heralded new film of her signature book, we asked four alumnae writers to consider her influence in their lives.

Fun facts to consider as we celebrate the 100th anniversary of this world-famous author's birth.

RT @CitizenWald: So, let me call your attention to the Sylvia Plath collection @smithcollege -- 26.75 linear feet of writings by & about Sy…