In 1962, the trustees of Smith College voted to establish the Smith College Medal. It is given annually to those alumnae who, in the judgment of the trustees, exemplify in their lives and work the true purpose of a liberal arts education. A committee made up of representatives of the trustees, the faculty and the alumnae recommends candidates for the award to the board of trustees. Those chosen receive their medals at Rally Day each year. 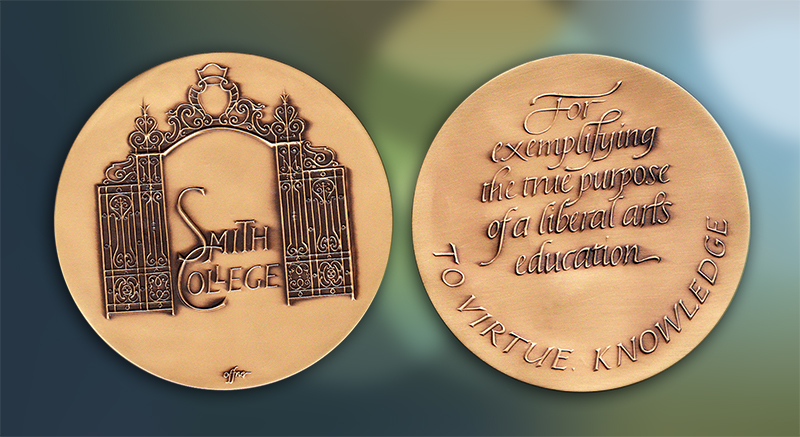 The medal was designed by noted sculptor and printmaker Elliot M. Offner, who taught at Smith from 1960 until his retirement in 2004. The medal depicts the Grécourt Gates and the Smith College motto, To Virtue, Knowledge.