Lessons From the Reef

Catya Harrold AC ’01 can’t forget the day in 2000 when she was snorkeling off the coast of Belize, absorbed in the spectacle of tropical fish swimming around her. When the fish suddenly darted away, she turned around to see a barracuda with its mouth wide open heading straight for her.

She got away, of course, and now it’s one of the stories she tells about her time as one of two Smith students who helped get the Coral Reef Ed-Ventures program up and running.

In June, she was among 14 Coral Ed alumnae who returned to the Belizean island of Ambergris Caye to celebrate the 20th anniversary of the program and to marvel at how it has grown. “Participating in this program is one of the best things I’ve done in my life,” Harrold says now. “It’s so rewarding that it continues to thrive.”

The Coral Reef Ed-Ventures program was conceived by Allen Curran, William R. Kenan, Jr., Professor Emeritus of Geology, along with Paulette Peckol, Louise Harrington Professor of Biological Sciences, and education professor Susan Puracchio Etheredge ’77, who is now dean of the college. From its inception, the program has combined scientific research conducted by professors and students with an education outreach program aimed at local children in the island town of San Pedro, Belize. Educating children was a specific request made to Curran by the director of Hol Chan Marine Reserve, a marine science nonprofit organization near San Pedro and a popular gateway to the offshore Mesoamerican Reef. Curran and Peckol had been researching sections of the reef and had asked how they and Smith College could give back to the reserve. 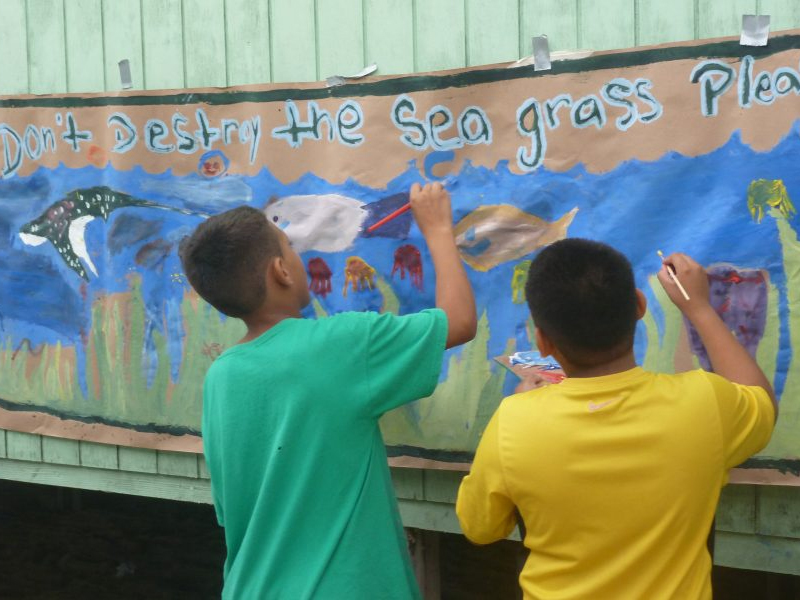 That’s where Etheredge comes in. It was her second year teaching at Smith, and she remembers Curran knocking on her door and asking her if she would join the team and bring her teaching expertise to the project. When she agreed, he told her, “Bring your snorkel.” For 12 years, Etheredge oversaw the education part of Coral Ed. “I became fully immersed in the program—in every way,” she said. “It was transformational to me to be in that underwater environment.”

Coral Ed sponsored its first youth summer camp in 2000. Harrold and Kate Buckman ’01 went down early that year to introduce the program to the community and recruit youngsters. That summer seven children signed up. This year, 76 youngsters attended the camps. Over the years, some 1,300 children from Belize have taken part in the free half-day and after-school camps that teach topics they don’t get in school: about the fragility of the coral reef, the richness of the marine environment and the threats of development and climate change.

Among those attending this year’s anniversary celebration—and visiting for the first time—was Linda Salisbury ’78, who has been providing support to the program since 1999. “The thing that drew me was Al and Susan’s vision for what a cross-campus major collaboration could look like,” she said. “I was a government major and never took a science course. So this is what’s so wonderful about the coral reef project: It’s a collaboration across all these majors to solve environmental issues.”

Only six Smith students each year are chosen for the program (with some returning for multiple years), but they represent an intentional diversity of majors, from biology to engineering, Spanish, education and neuroscience, said biology professor L. David Smith. He became co-director of the program in 2012 along with his wife, Denise Lello, a botanist and environmental science and policy lecturer at Smith.

For the students, the Coral Ed program is a major commitment that includes learning about Belize, how to teach across cultures and about the coral reef and its vulnerability to climate change and development.  Once in Belize, students spend a week meeting with the community and signing up students, two weeks conducting research with faculty members and three weeks leading the youth camps. With David Smith, they go scuba diving in a newly designated marine protected area to measure the health of the coral reef, and with Lello, they kayak out to assess lagoon mangroves. They may work with other faculty members in monitoring shoreline development, interviewing community members about their connections to the reef, or using drones to map the region. 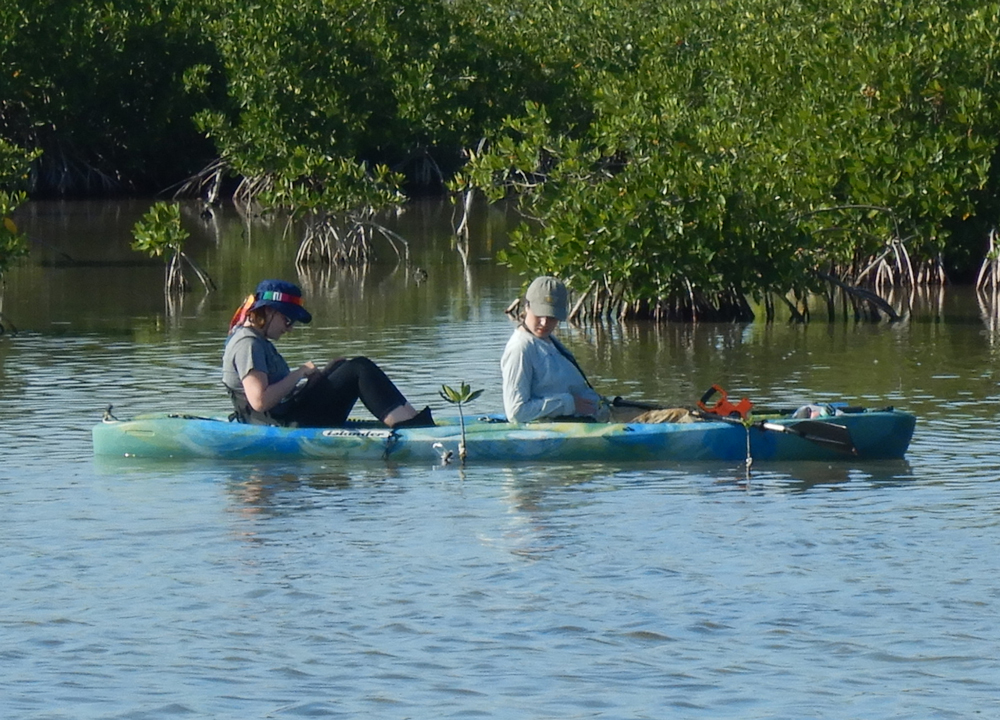 For the youth camps, Smith said, “The students design and execute the place-based curriculum. …  Students teach the children about advocacy and connect them to the Hol Chan Marine Reserve and its mission.”

The program opens horizons for the Smith students. “They’ve pursued career tracks they may not otherwise have imagined,” Smith says. To date, of 77 Coral Ed alumnae, 13 have Ph.D.s or are Ph.D. candidates and 30 have master’s degrees or are master’s candidates. They go on to teach at all levels and many have become environmental educators.

The 20th anniversary of Coral Reef Ed-Ventures will be celebrated on campus as part of the Year on Climate Change conference in October. “It’s a model of true interdisciplinary collaboration,” Etheredge said, “and it’s now an intercultural partnership.”

“There’s nothing like it at Smith,” David Smith says. “Or anywhere else that I know of.”

This story appears in the Fall 2019 issue of the Smith Alumnae Quarterly.

51 Years Later, It Needed to Be Said

Writer Ingrid Yollick Alpern ’69 recalls a particularly painful encounter she experienced while on an internship in Washington, D.C. in the late 1960s and says there is no statute of limitations for challenging the hurt caused by antisemitic comments.

RT @cmonstah: Thaaaank you @smithcollege! I am 😁🤪🤓😭

RT @presmccartney: The feeling is mutual, Madam Speaker! There were more than 600 @smithcollege seniors chanting your name when they heard…