Professional rejection: Everybody experiences it, but nobody likes to talk about it. What if, instead of shrinking from our rejections, we owned them? What if we treated them as building blocks of a resilient character? That’s the premise of a new book from Jessica Bacal, The Rejection That Changed My Life: 25+ Powerful Women on Being Let Down, Turning It Around, and Burning It Up at Work (Plume, April 2021).

Bacal works at Smith as director of reflective and integrative practices and director of The Narratives Project, which encourages students to explore their passions and articulate their values and goals through personal storytelling. Her new book is a sequel of sorts to her 2014 title, Mistakes I Made at Work, which also comprises interviews with influential women. The Rejection That Changed My Life includes conversations with four Smithies—business leader Marilyn Carlson Nelson ’61, journalist Carolina A. Miranda ’93, activist and educator Chelsea Sunday Kline AC ’07 and musician Ally Einbinder ’10—as well as visiting associate professor Loretta Ross (see below).

What inspired you to write this book?

In 2018 the revamped Wurtele Center for Leadership was searching for a new director. I applied for it, I worked really hard, it felt very high stakes—and I didn’t get the job. It was both humiliating and liberating at the same time. It was such a weird mix of feelings. I just remember thinking, “Oh, I’m relieved. I feel this sense of freedom that I don’t have to do it.” That was an interesting internal dynamic to me. It made me curious about other people’s stories of rejection, both because I realized rejection was a more complex phenomenon for people than I had thought and also because I know from my work with students that personal stories can be so helpful to people in their careers.

So many young people feel like their career is supposed to be this smooth, upward trajectory and that failure is the end of the world. Sharing these stories—of powerful women who got rejected and then made meaning and moved forward—allows people to feel encouraged and supported and hopefully even in community with this impressive, diverse array of women. The stories have a lot to teach us and a lot of comfort to offer.

Women are socialized to be approval seeking. In work contexts, women are expected to be communal, to be peacemakers. What I say in the book is that “masculine” connotes strength and independence, and “feminine” is associated with softness and collaboration. I think it puts both sexes in a bind, but it hurts women more because we’re supposed to be not too self-promoting, not too assertive, not angry. We’re supposed to look for points of connection and for approval, and so I was interested to hear about what happened to women when they hadn’t gotten that approval and had in fact been rejected.

What can current students learn from your research?

I hear my students talking about being worried about rejection when they’re reaching out to potential employers or for potential networking opportunities. I’m actually planning to share some of the chapters of this book with students in my spring class [IDP 132, Designing Your Path] and have them practice getting rejected, hearing the word “no” and training themselves to not take it personally. I feel like that’s really good practice for them.

Smithie Tips for Dealing With Rejection and Navigating Other Career Challenges 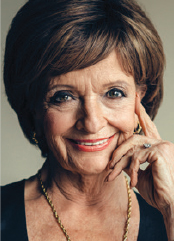 “When you are trying to make a change, acknowledge that whatever the pushback, there is often validity in other people’s concerns. Show respect for different opinions. But repeat the facts as you know them.”
—Marilyn Carlson Nelson ’61, co-owner and former chair and CEO, Carlson 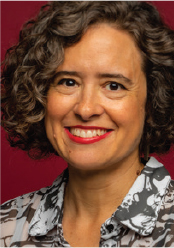 “Journalism is a field that is increasingly difficult to get into. Sometimes I see young people who are quite frustrated by all the no’s they are receiving. I think the lesson with journalism is that you just don’t take no for an answer. You keep going at it from another angle.”
—Carolina A. Miranda ’93, columnist, Los Angeles Times 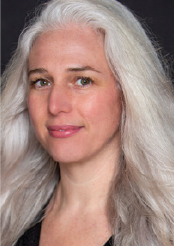 “If you are thinking about running for office, then you need to make a conscious choice to just put away any self-doubt, just squash it down in an imaginary box and put it away. Self-doubt is a waste of time and energy.”
—Chelsea Sunday Kline AC ’07, former candidate, Massachusetts Senate 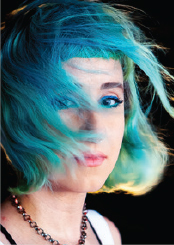 “A band is like a group project. You’re taking four different people with four different lives and somehow trying to make it work together. It’s important to have conversations like, ‘How much of our lives do we want to commit to this?’”
—Ally Einbinder ’10, bassist, Potty Mouth 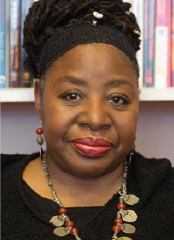 “If you care enough about your work, you will be able to get past rejections. Even after I was fired, my former boss and I knew that we were in the same movement. Our relationship changed, but we were still part of the Black feminist community working for reproductive justice.”
—Loretta Ross, visiting associate professor in the program for the study of women and gender

This story appears in the Spring 2021 issue of the Smith Alumnae Quarterly.

Charlie Diaz ’22: ‘Speaking Up for Everyone Around Me’

As one of the first recipients of a Smith Alliance for Justice and Equity Fellowship, Charlie Diaz ’22 has learned more about what it means to be a changemaker—both on campus and in the broader community.