Smith’s Volleyball team earned an Academic Team Award for the 2021-22 season from the U.S. Marine Corps and the American Volleyball Coaches Association. The award is given to teams whose members maintain a year-long grade point average of 3.3 on a 4.0 scale or 4.1 on a 5.0 scale. 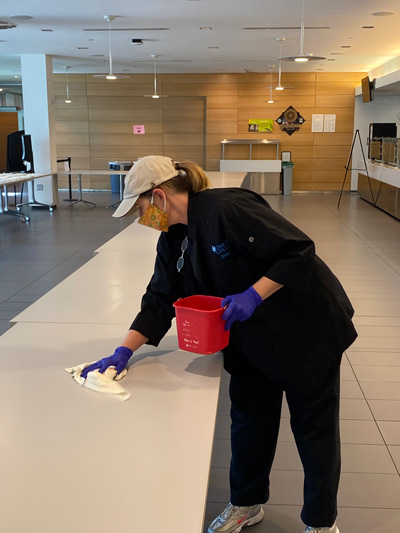 Smith Dining Services received a 2022 Local Hero Award from Community Involved in Sustaining Agriculture for its efforts to support local farms. “Smith Dining Services stands out among its peers as a dedicated, creative, problem-solving partner to farms around the region,” the announcement from CISA said. (Photograph by Patty Hentz)

Psychology major Lilly Fellows ’24J is the recipient of a Young Community Leader Award from the United Way of Franklin County for her work helping to improve the school climate at Mahar Regional High school in Orange, Massachusetts.

Marcela Rodrigues-Sherley ’19 is co-author, with Carrie Baker, the Sylvia Dlugasch Bauman Professor of American Studies and professor of the study of women and gender, of  “Women and Political Systems Worldwide,” a chapter in “Women Worldwide,” published by Oregon State University. Rodrigues-Sherley earned her Smith degree in psychology and the study of women and gender, and received a master of science degree from Columbia University.

Ben Baumer, associate professor of statistical and data sciences, is serving as a program evaluator for the American Statistical Association and its member society for accreditation of degree programs in computer science, cybersecurity, data science, information systems and technology and software engineering.

Paula Giddings, Elizabeth A. Woodson Professor Emerita of Africana Studies, was a guest in June on “The Learning Curve,” a podcast of the Pioneer Institute of Public Policy Research. Giddings discussed her biography of 19th-century anti-lynching activist Ida B. Wells.

Beth Hooker, director of sustainability and administrative director of CEEDS, was a panelist in June at the seventh Sun Valley Forum in Ketchum, Idaho. Hooker gave a talk on “Energy Transition Case Study: Decarbonization on Campus.”

Laura Katz, Elsie Damon Simonds Professor of Biological Sciences, published “Old genes in new places: A taxon-rich analysis of interdomain lateral gene transfer events” in PLOS Genetics in June. The research provides evidence of the exchange of genes between bacteria and eukaryotes, cells with nuclei such as those found in plants, animals, fungi and so on.

Karen Kukil, Smith research affiliate, is the author of “Sylvia Plath in the Round,” an essay in “The Bloomsbury Handbook to Sylvia Plath,” published in June by Bloomsbury Publishing.

Elizabeth Myers, director of Smith Special Collections, will be inducted as a Fellow of the Society of American Archivists, the highest honor bestowed on individuals for outstanding contributions to the archives profession. Myers, who has led Smith Special Collections since 2014, earned a master’s degree and a Ph.D. in U.S. history at Loyola University, Chicago. 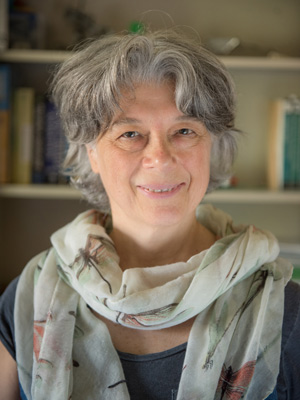 Jiayan Sun, assistant professor of music, is a guest pianist for the Springfield Symphony’s upcoming eight-concert series in Springfield, Massachusetts.

Steve Waksman, professor of American studies and professor of music, is the author of “Live Music in America: A History from Jenny Lind to Beyoncé” (Oxford University Press).

Bella Levavi ’22 is the new West County reporter for the Greenfield Recorder in Greenfield, Massachusetts. Levavi, who earned her Smith degree in government, also served as managing editor of The Sophian.

A solo exhibition of paintings by Julia Jo ’16 opened this summer at Ronchini in London. Jo, who majored in studio art at Smith, earned a master’s degree in fine arts at Parsons School of Design.

Anna Hogeland M.S.W. ’13  is the author of “The Long Answer,” a novel focusing on pregnancy, motherhood and the nature of female relationships.

Lori Harris AC ’11 has been named interim dean and university librarian for the University of Cincinnati. Harris, who majored in American studies at Smith, earned a master’s degree in library sciences at the University of North Carolina Chapel Hill.

Tama Lang M.S.W. ’00 is the recipient of the Massachusetts Counselor of the Year Award from the Massachusetts School Counselor Association. Lang is a guidance counselor at Sergeant Robert L. Litwin Elementary School in Chicopee, where she has worked for the past 20 years.

Gretchen Menn ’97 is the winner of the acoustic “No Limits Challenge” sponsored by Martin Guitar and Guitar World. Menn, who majored in music at Smith, is the founder and guitarist for the tribute band Zeparella and released her second solo album in 2016.

“Too Fat for China,” a play by Phoebe Potts ’92, will be performed at this year’s Fringe Festival in Edinburgh. The play, which was developed at Gloucester Stage in 2019, is a dark comedy about adoption. Potts majored in history at Smith.

Julieann Esper Rainville ’97 has been named one of the Top 25 Women Leaders in Healthcare Software by the Healthcare Technology Report. Esper Rainville, who is president of PointClickCare, earned her Smith degree in mathematics and Spanish language and literature, and received an M.B.A. from Harvard Business School.

Jordan Baker-Kilner ’82 played the lead role in a recent production of “Dana H.” at Berkeley Repertory Theatre.  The play is based on the true story of a counselor in a psychiatric ward who was kidnapped by a patient. Baker-Kilner majored in theatre at Smith.

Leslie Sarasin ’81 participated in a June White House listening session in advance of the upcoming White House Conference on Hunger, Nutrition and Health. Sarasin, who is president of the Food Industry Association, majored in economics at Smith and earned a law degree from the University of San Diego.

Artworks by potter and animal sculptor Alice Templeton ’80 were displayed as part of “CraftsBoston: Animal Attraction,” an online exhibition hosted by the Society of Arts and Crafts. Templeton earned her Smith degree in psychology.

Dr. Maryanne Bombaugh ’79 is the recipient of an Award for Distinguished Service from the Massachusetts Medical Society. A gynecologist who was president of the Medical Society at the onset of the pandemic, Bombaugh works with the Betsy Lehman Center and the Massachusetts Healthcare Safety and Quality Consortium. She majored in biological sciences at Smith and earned a master of science degree in public health from the University of Massachusetts and a medical degree from the University of Texas.

Cecilia Barbosa ’77 has been appointed to the board of the Scholars Latino Initiative. Barbosa, who is founder and principal of cBe public health and nonprofit consulting firm, earned her Smith degree in biological sciences. She received a master’s degree in public health from the University of California Berkeley and a doctorate in social and behavioral health from Virginia Commonwealth University.

Charlie Diaz ’22: ‘Speaking Up for Everyone Around Me’

As one of the first recipients of a Smith Alliance for Justice and Equity Fellowship, Charlie Diaz ’22 has learned more about what it means to be a changemaker—both on campus and in the broader community.