News & Events for the Smith College Community
News of Note May 27, 2022

Two Smith faculty members received honored professor awards at the college’s 2022 Commencement ceremony on May 15: Alex Keller, professor of film and media studies, and Rick Millington, Helen and Laura Shedd Professor of English Language and Literature, were honored for their “long and distinguished faculty service to the college.”

Juliana Makonise ’25 created a podcast on political leadership featuring an interview with Anna Mwaba ’10, assistant professor of government. The podcast is part of a “Voices of Leadership” series.

Leela de Paula ’23 is the author of “Wolf in Sheep’s Clothing: The Legal Standing of Fake Abortion Clinics,” published in April in feminists@law journal at the University of Kent. De Paula is majoring in the study of women and gender.

Giovanna Bellesia, professor of Italian studies, was a panelist in April for “The Parthenon Marbles Case and the Universal Museum Myth: Policies and Politics” at the Benjamin Cardozo School of Law in New York. Bellesia spoke on “History Surrounding the Removal of the Sculptures and the U.K. Purchase of Elgin’s Collection.”

Pablo Frank Bolton, lecturer in computer sciences, is the recipient of a $149,146 grant from the National Science Foundation for “Improving Teaching and Learning in Computer Science Using Structured Post-Exam Interviews and Remediation.”

Ginetta Candelario ’90, professor of sociology and of Latin American and Latino/a Studies and editor of Meridians, was a presenter at the recent Sociologists for Women in Society Conference in New Mexico on the theme of “Rethinking Feminist Sociologies in the Era of Global Pandemics.” 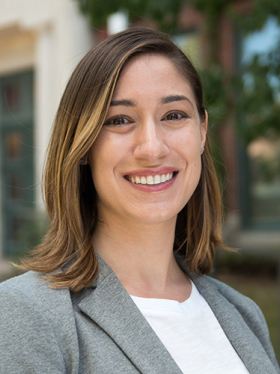 Randi Garcia, assistant professor of psychology and of statistical and data sciences, is the recipient of a 2022 Mu Sigma Rho Early Career Undergraduate Impact Award from the national honorary society for statistics, in recognition of her research, teaching and service efforts.

Lesley-Ann Giddings, assistant professor of chemistry, published “Isolation and Genome Analysis of an Amoeba-Associated Bacterium Dyella terrae Strain Ely Copper Mine from Acid Rock Drainage in Vermont, United States,” in May in Frontiers in Microbiology.

Steven Goldstein, Sophia Smith Professor Emeritus of Government, was a panelist for a May 2 seminar, “Ukraine Today, Taiwan Tomorrow?” at the Harvard Kennedy School’s Belfer Center for Science and International Affairs.

Yael Granot, assistant professor of psychology, is the recipient of a $240,524 grant from the National Science Foundation for “Understanding Disciplinary Approaches in School Settings.”

Scott LaCombe, assistant professor of government and statistical and data sciences, is co-author of “Choosing the Future: Technology and Opportunity in Community,” which has been awarded the 2022 Goldsmith Prize in Academics. The book explores disparities in access to digital information that drives participation in politics, the economy and society.

James Lowenthal, Mary Elizabeth Moses Professor of Astronomy, is the author of “The case for space environmentalism,” published in April in Nature Astronomy.

Mehammed Mack, associate professor of French studies, is featured on six tracks in the audio guide for “Matisse: The Red Studio,” at the Museum of Modern Art, including the “Introduction to Matisse.”

Ulku Zümray Kutlu Tonak, lecturer in government, is co-editor of a new book, “Refugees on the Move: Crisis and Response in Europe and Turkey.”

Jan Vriezen, senior labor instructor in biological sciences, is the recipient of a $5,700 grant from the Manton Foundation Nature Conservancy for “Biology of toxin producing novel bacterial isolates.”

Steve Waksman, professor of American studies and professor of music, spoke in April on “Live Music in the Age of White Flight: The Amphitheater Room” at New York University’s 2022 Pop Conference.

Greg White, Mary Huggins Gamble Professor of Government, was a special guest on a recent Sweaty Penguin podcast episode, “Climate Migration” about the impact of catastrophic weather and how to prepare for mass climate migration in the future.

Steven Williams, Gates Professor of Biological Sciences, is the recipient of a $39,650 grant award from The END Fund for “Technology Transfer of Real-Time PCR Assays for River Blindness to Endemic African Nations.” He also received a $117,339 grant from the National Institutes of Health for an ongoing project, “Production and Distribution of Filarial Research Reagents.”

Two alums served as Entrepreneurs-in-Residence for the Jill Ker Conway Innovation and Entrepreneurship Center, providing guidance to students interested in starting new ventures. Meng Li ’05, is the founder of Huhu, a new parenting lifestyle brand launching this summer. She majored in economics at Smith and earned an M.B.A. at the University of North Carolina Chapel Hill. Gail Zauder ’79 is managing partner of Elixir Advisors financial advisory firm. She designed a major at Smith in urban environmental studies and earned an M.B.A. from Yale University’s School of Management.

A mural by Eddie Maisonet ’15 is one of two new public artworks recently unveiled in Jamaica Plain, Boston. Maisonet, who majored in psychology at Smith, was awarded an artist residency with The Theatre Offensive in 2017 and 2019. 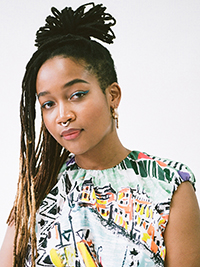 Curator and activist Kimberly Drew ’12 was a panelist for a discussion in May, “We the People: A Conversation on Women, Work and Leadership” sponsored by The Cut and the New Museum in New York. Drew, who is associate director of Pace Gallery, was awarded the Smith Medal in 2021.

Chelsea Kline ’07 is the new executive director of the Cancer Connection in Northampton. Kline, who earned her Smith degree in religion, earned a master’s degree in theological studies at the Harvard Divinity School.

Yvette Massoudi ’89, leader of the band Mitra Sumara, is the recipient of a grant from the New York City Women’s Fund for Media, Music and Theater to support the group’s next album of Iranian pop and funk music. Massoudi majored in music at Smith.

Criminal justice policy expert Nancy La Vigne ’87 is the new director of the National Institute of Justice. She served as senior fellow and director at the Council on Criminal Justice and vice president of justice policy at the Urban Institute. LaVigne earned her Smith degree in economics and government and received a master’s degree in public affairs from the University of Texas Austin and a Ph.D. in criminal justice from Rutgers University.

Attorney CK Hoffler ’84 is the recipient of a Thurgood Marshall Award from Quinnipiac University’s Black Law Students association. Hoffler is the CEO of CK Hoffler Firm in Atlanta and is a former counsel to the Rev. Jesse Jackson. She majored in French language and literature at Smith and earned her law degree at Georgetown University.

Sheryl Kingsberg ’84 has been appointed to the medical advisory board of Alloy, a health company launched in 2021 to address the needs of women over 40. Kingsberg, who majored in psychology at Smith and earned a Ph.D. in clinical psychology from the University of South Florida, is chief of OBGYN and Behavioral Medicine at University Hospitals Cleveland Medical Center.

Katerina Leftheris ’82 is the new senior vice president of drug discovery for Rheos Medicines, a biopharmaceutical company. Leftheris, who majored in chemistry at Smith, earned a Ph.D. at the University of California San Diego.