A popular children’s book author since the mid-1960s, Martha Tolles ’43 is enjoying a new round of success, this time while promoting her first adult novel—at age 99.

Martha Tolles ’43 has a fundamental approach to writing: “Start off with reality and then make it up from there.” It has served her well over the decades. The famed children’s author of the Katie series and the Darci series, as well as countless other titles, has sold more than 2.3 million books since her first work, Katie and Those Boys—inspired by her daughter and five sons—was published in 1965.

So, when Tolles decided to try her hand at an adult novel at the age of 97, she followed the same approach. In Love and Sabotage, published in 2018, Tolles drew on her experience of living through World War II and working as a reporter for The Daily Item in Port Chester, New York, just after graduating from Smith.

Marty, a young reporter (yes, right out of Smith), is engaged to a Marine fighter pilot stationed in the Pacific (based on Tolles’ late husband). While trying to investigate a suspicious shipyard fire, she must contend with a toxic boss who threatens to ruin her career if she does not succumb to his advances.

Tolles actually started the book about 10 years ago, even taking a creative writing class at Stanford to hone her skills—at the same that her grandson entered as a full-time student. (“My grandson used to tell people, ‘Grandma and I started Stanford together.’”) There was little interest in the book back then, but that changed, Tolles noticed, with the advent of the #MeToo movement. She cites one of the main story lines involving workplace sexual harassment as a possible reason.

Tolles, who recently moved to Santa Barbara, California, first started writing and taking classes in the 1960s, when she was in her 30s. She was a young mother of six at the time, and a back ailment forced her to spend hours recuperating in bed. Out of boredom she tried her hand at writing children’s stories, some of which she successfully placed in popular children’s magazines. When she was able, she took a writing class at Pasadena City College (PCC), where her teacher encouraged her to write a book. She continued to take classes at PCC through the years (the college recently honored her in its Hometown Legend series), even after she became a published author. “No matter how much you know, there is always something new to discover,” says Tolles, “and I like to get the feedback.” 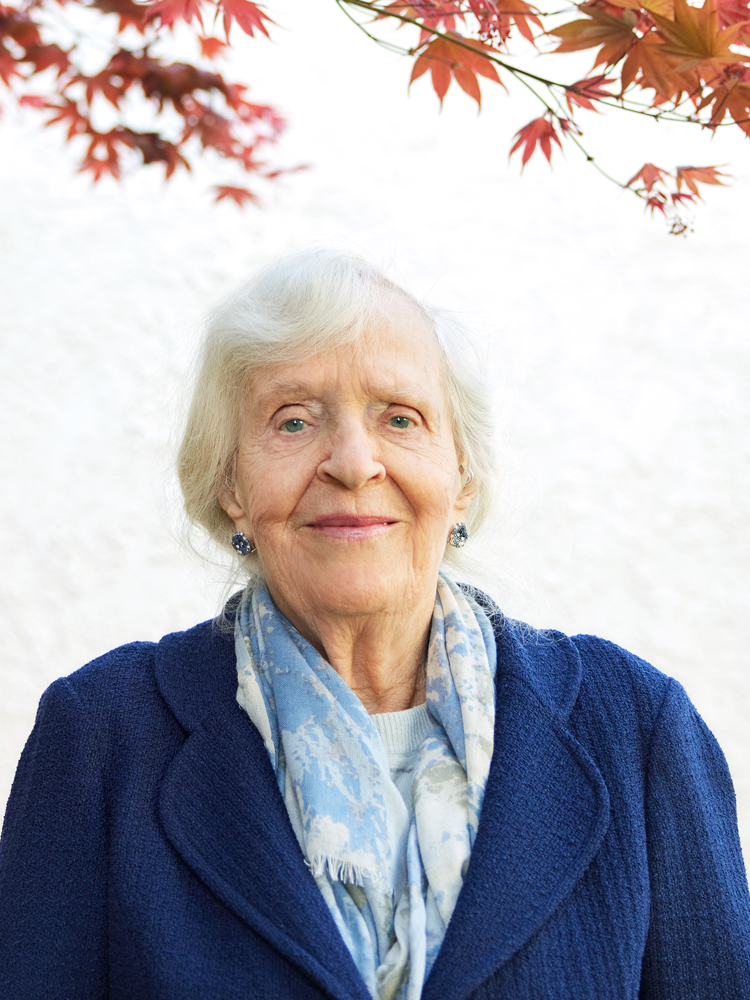 “I think many of us don’t feel as old as we look. I glance in a store window at my reflection as I am walking by and am always a bit shocked that the slow-moving person walking with a cane is me! If you live a long time—and I am almost 100—you could feel lonely, having lost so many people you love. But if you focus on the people still here—or move into a retirement home, as I have, and even make new friends—life is still good. In my case, I pretend I am at a writer’s camp. It’s a perfect setup—meals delivered to my door because of COVID, lots of free time, a stroll in the afternoon with new friends and an occasional essay published in our weekly newsletter. Since I was lucky enough to find a publisher at my age for my novel Love and Sabotage, there have been reviews and write-ups in local papers. It’s nice to be able to show the world that I—an elderly person—can still do things.”

Her first book, published in 1965, Katie and Those Boys (originally titled Too Many Boys), was also the first book in the popular Katie series. Tolles recalls how excited she was to share the news that her book was going to be published: “I was sitting with my children one night at the dinner table, and I was saying how wonderful it was, and my daughter said, ‘You know, Mom, you’re not really an author, you’re just a mother who wrote a book.’”

Her own children may have been unimpressed, but other children loved the story, and Tolles went on to create a whole Katie series followed by the Darci series, as well as other books, such as Marrying Off Mom, and numerous short stories. With six children, Tolles, whose books are geared for ages 9–12, had a lot of material to draw from that was highly relatable, entertaining and, from a storytelling perspective, a great jumping-off point. Some of the real-life incidents that inspired Tolles’ work include one son’s pet snake who got loose in the house (the snake turned up in the toilet) and another son locking her daughter and a friend in a room so they couldn’t get out.

Maureen Callahan, Sophia Smith Collection archivist, thinks Tolles’ ability to balance realism with suspense is key to her success. “Her books are a mixture of familiar and exciting—a delight to readers learning what makes books so fun,” says Callahan. “I was struck by the ways that they help young people make better sense of their environments—their schools and families and neighborhoods. What will it be like to be a babysitter? How do I make friends with the new kid on the street? How do I make sense of a crush?”

An English major at Smith, Tolles credits her experience working on The Sophian with helping her land a job as a reporter for The Daily Item right after graduation, and later as an editor at Publishers Weekly. “I think by virtue of going to a women’s school you have a little more courage—a feeling that you can do anything,” she says. And while writing a second novel at age 99 might intimidate others, Tolles is fine with it. The story line of her new book is quite different from Love and Sabotage; it is set in the present and involves corporate criminals and the potential financial ruin of the female protagonist. She is workshopping it in her online writing class and considering doing a major overhaul to turn it into a young adult book. But she knows one thing for sure: The ultimate outcome of the story, she says with a smile, is that “the main character finally learns she can accomplish anything.”

An excerpt from Love and Sabotage

The soft moaning of the foghorns on Long Island Sound will lull me to sleep, I thought, in spite of my anxiety about my fiancé Eddy, dear Eddy, way out in the Pacific. If only I would hear from him. It’s been twenty-three days. I burrowed deeper under my covers away from the cool air and, I wished, from my worries.

I had just managed to sink into a troubled doze when I was startled awake by the shrill sound of a siren. Was it an air raid? I held my breath. Did I hear aircraft? From the Nazis or Japan? No, the Nazis just surrendered. We’d had VE day and how we celebrated, danced around the office, drank a little champagne. But this siren couldn’t be Japan bombing us either. Our East Coast is too far away. What I’m hearing is the rise and fall of the fire alarm, not the steady blast for an air raid. A fire! No more huddling here in bed. I’m a reporter. I better get to that fire or else!

From Love and Sabotage, copyright 2019, by Martha Tolles. Used by permission from the publisher.

Cheryl Dellecese is on staff at the Office of College Relations.

‘Tale of a Smart, Awkward Misfit’: Madeleine L’Engle ’41’s A Wrinkle in Time has influenced generations of readers with its mix of adventure, science fiction, spirituality, family devotion—and a memorable heroine. Alums tell us it opened their hearts and minds to unimagined possibilities and quite literally changed their lives.

The Papers of Martha Tolles ’43 in the Sophia Smith Collection

Among the collection of the papers of Martha Tolles ’43 housed at Smith are a wide range of published and unpublished works, publicity materials and copious amounts of fan mail from her young readers. “Martha has been writing her whole life, including her days at Smith,” says Maureen Callahan, Sophia Smith Collection archivist, “and her papers do a wonderful job of explaining the combination of luck, talent, persistence and style that’s needed to succeed.” The collection includes some unusual but highly useful materials from a teaching perspective. “In addition to documentation of her awards and accolades, our papers include rejection letters from throughout Martha’s career,” says Callahan. “She also kept her fan letters, which is a way to understand a writer’s relationship with her readers, and her publishing contracts, which can help Smith College students today to get a sense of the business side of being a writer.”

Female cadets at Virginia Military Institute still face a culture of institutional racism and sexism, reports @JSchulmanHall '22, but the pressure is mounting for that to change. https://t.co/d4KOO5xZfC https://t.co/0U5wocb4bl

It's hard enough to make a convincing argument about a complex topic—and even harder to do so in another language. That's the challenge that three Smith students took up in a recent debate competition. https://t.co/OcfKHatxTY https://t.co/mfUopY1mX9