‘Tale of a Smart, Awkward Misfit’

Madeleine L’Engle’s A Wrinkle in Time has influenced generations of readers with its mix of adventure, science fiction, spirituality, family devotion—and a memorable heroine. Alumnae tell us it opened their hearts and minds to unimagined possibilities and quite literally changed their lives.

My first-grade teacher, Mrs. Kelly, had a special reading loft built into her classroom and I spent many happy hours there. One day she gave me a copy of A Wrinkle in Time. I was transported by the tale, and couldn’t wait to finish my regular schoolwork so I could climb back into the loft with Meg, Charles Wallace and Calvin. Madeline L’Engle become one of my favorite authors. Fast forward to senior year at Smith, 1994. Madeline L’Engle came to campus for a lecture and book signing! My little 6-year-old self could not believe it. I purchased two copies of A Wrinkle in Time and asked the author to sign one copy for my first-grade teacher. She inscribed “Tesser Well, Mrs. Kelly” and I sent it along with a graduation announcement and a letter of gratitude.
— Kirse Granat May ’94, Vancouver, Washington

I was in grade school when this book was newly published.  The readability, adventure and the accessibility of the science of a tesseract mixed with the coming-of-age story of Meg turned me into a lifelong science and science fiction fan. The intellectual stimulation of thinking of time folding back on itself led me to astronomy and oceanography, a major in biology and a career in biological and health sciences. I reread all her subsequent sequels as a teenager and as an adult in my 30s. Thank you, Madeleine L’Engle!
— Nancy Orvis ’76, Columbus, Ohio

The day my brother went missing, I read A Wrinkle in Time. It wasn’t my first reading, nor my last, but I picked it up because I needed it. Around me, concern turned to anxiety and then alarm. Over the long hours until he reappeared safe and sound, as my mother made useless phone calls and talked to the police, I sat curled up on the couch and kept fear at bay with a story of three children facing the forces of evil. I forcibly immersed myself in the tale of a smart, awkward misfit, who in the end saved her brother not with magic or swords, but through love and the help of her friends.
— Miriam Roberts ’10, Somerville, Massachusetts 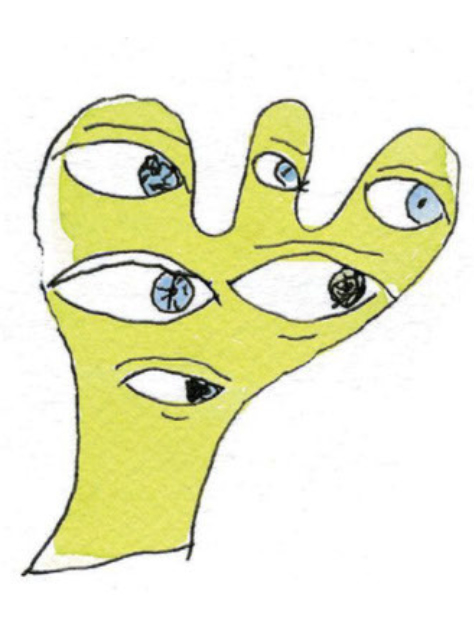 A Wrinkle in Time thrilled my mind as a young girl. It spurred me to enter a science fiction–writing contest in grade school—one I didn’t win, but it gave me the inspiration to write about fantastic creatures and spurred my imagination beyond time and space and what I could see before me.
— Jamie Eslinger ’96, Bellingham, Washington

A Wrinkle in Time was indeed life-changing for me. In many ways, I felt I was Meg. I was an underachiever, a “discipline problem” in elementary school and the biggest bookworm in my seventh-grade class. While at Smith, as a co-founder of the college science fiction club, I got the chance to meet Ms. L’Engle. Her story had led me to a lifelong love for science fiction, to the point where I’m now the owner of a science fiction bookstore.
— Amy Carpenter ’81, Eugene, Oregon

I loved everything about A Wrinkle in Time. I love the determination of Meg and the risks she took to find her brother. She persisted! I love the plot and the family context. I love the goofy characters with their questions and can’t wait to see Oprah playing one of them. I love that Madeleine was reading about quantum physics before it was even a “thing”! I love that my 9-year-old granddaughter asked for Wrinkle for Christmas. Most of all I loved Madeleine herself. She gave me a commandment when I was struggling to become an ordained priest in the patriarchal Episcopal Church back in the 1980s: “Now my dear, when you get ordained, and you will, do NOT turn into a little man!” I have obeyed.
— Lyn Gillespie Brakeman ’60, Cambridge, Massachusetts 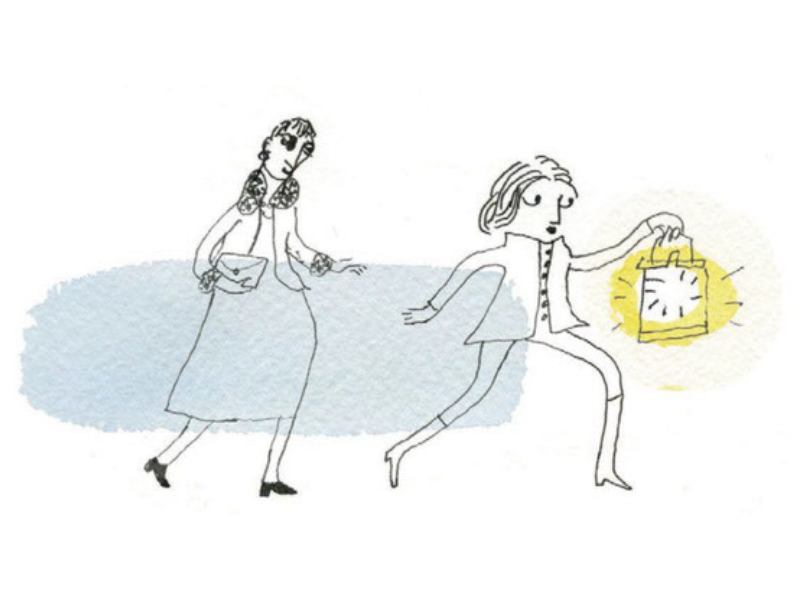 I loved A Wrinkle in Time—an awkward girl child coming of age in a family of “weirdos.” I, too, was odd, and I found in Meg an ally. One of the highlights of my Smith career was when my house hosted L’Engle and I was asked to be her guide. The utter joy of having L’Engle in my poetry class with me, of walking around the campus with her and of arranging a birthday party for her, complete with cake and ice cream in Morris House, has remained with me ever since. The one phrase she left me with was “Be a lighthouse,” meaning that it was my role to be a guide in this harsh and often stormy world, and I was worthy of doing such a thing. I celebrated my 40th birthday by going to the opening night of the new movie.
— Willow Regnery ’00, San Geronimo, California

My mother went to boarding school with Ms. L’Engle. They were one year apart. That was my introduction to her and her writing. I think I have read everything she has written. While I can’t remember a time NOT loving this one book and the strength of it, including reading it so many times with my daughters that our copy fell apart, one memory sticks out. L’Engle spoke at Smith many years ago (maybe more than once). I may have been a student then, so this would have been the early ’80s. She was speaking at John M. Greene Hall, and I was in one of the first rows so I was not only close but looking up at her. She was candid and funny but what most struck me was her feet. Yes, her feet. They were rather large and flat; they were feet that were for walking, not for show. No fancy high heels. I loved her feet and how she was tall and plain-looking. She was Meg. She was Meg, with her strength and her compassion, tenacity. A cherished memory.
— Katie Olmstead AC ’85, Florence, Massachusetts 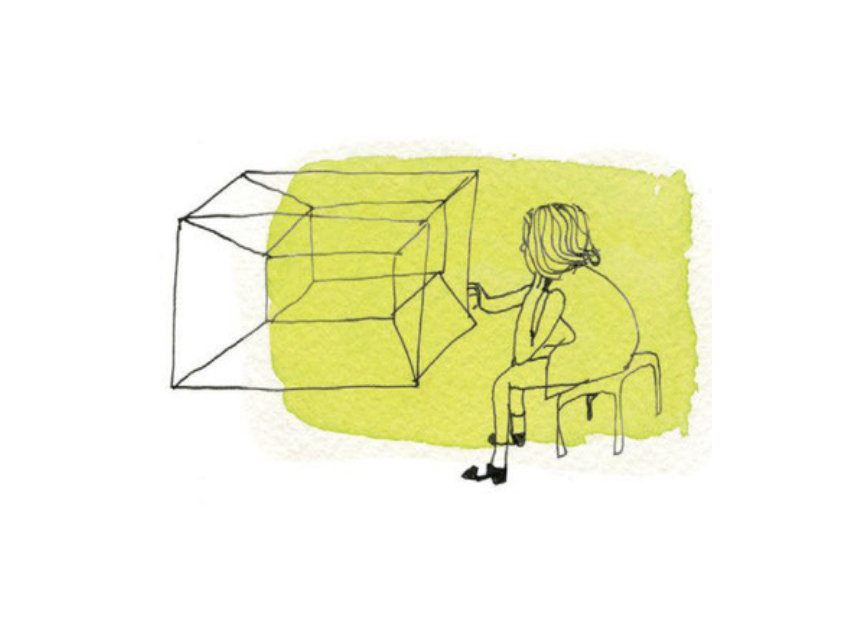 I read A Wrinkle in Time when it first came out and I was about 13 or 14. I loved it! (And am about to reread it.) But I was not struck by how strong and brave Meg was. It wouldn’t have occurred to me that she wouldn’t have been strong and brave; she was the heroine, after all. (Of course, I was raised by a Smith mother.) No doubt she was a role model, but in my distant memory, the story was more about the moral/spiritual quest. It was the early ’60s: Everyone could do everything. And many of us did just that. [Limitations weren’t] then about gender or age (unless it was about being too old). By observation and reading, I think there must have been a cultural backlash that affected subsequent generations of girls and caused significant (and  appalling) regression of confidence and ambition.
— Shavaun Towers ’71, Guilford, Connecticut

I would have been 11 years old when A Wrinkle in Time came out in 1962. Eleven was a very impressionable age. I actually remember discovering the book in a nook in the school library and experiencing a tingling in the back of my neck as if I were opening a portal into a whole new world. Needless to say, I was transfixed. I loved the book and it kindled a lifelong love of science fiction fantasy. I just wish I had been able to find a first edition to add to my collection of children’s literature because A Wrinkle in Time was a true classic! Later in life, I was thrilled to discover that Madeleine L’Engle was a Smithie, like me.
— Janet Allocca Marie ’73, Malibu, California

The Making of Madeleine L’Engle

Before she wrote A Wrinkle in Time, the late author, class of 1941, developed a literary ambition that drove her to aim for the stars, and to not give up. That’s one insight awaiting schoalrs when her extensive papers come to Smith.

Fun facts to consider as we celebrate the 100th anniversary of this world-famous author's birth.

Stories We Carry With Us

Intelligence, high-moral values and an expansive imagination infuse the writings of Madeleine L’Engle ’41. In honor of her centenary year, and with the release of a heralded new film of her signature book, we asked four alumnae writers to consider her influence in their lives.