BY Jane Yolen ’60
“I truly know that some of my words have changed lives,” says Jane Yolen ’60, pictured at her home in western Massachusetts. Photographs by Adam DeTour

In both high school and college, I was great at writing but not at numbers.

Oh, I could do arithmetic.

Gold stars for addition, multiplication, even long division in elementary school. So-so in high school geometry. Then a nosedive ever after. Luckily, I married a professor of computer science, found a literary agent and got someone else to do my taxes.

Yet now at 82, I am consumed with numbers. Why? Because in March my 400th book was published. It is a children’s picture book titled Bear Outside with glorious illustrations by Jen Corace. The book is about a young girl who teaches herself to be brave by wearing a bear on the outside. Real? Imagined? You read it and tell me.

Along the way to number 400, I have published 12 (or maybe 15) books of adult poetry, well over 60 novels for both children and adults (I stopped counting at 60), five graphic novels, one novel in verse, well over three dozen short-story collections and anthologies for all ages, a hundred (approximately) children’s books written in verse, maybe 30 books of verse for kids on a variety of subjects, probably more than 200 picture books in prose and lyrical prose, several how-to-write books (I teach writing, too, and have been an editor), dozens of nonfiction books, two cookbooks, over a dozen music books, one short autobiography and about 20 easy readers (maybe more). I also have over 30 books under contract that will be out in the next few years—and 130 unsold manuscripts already written.

Plus I have three children who have each written, either with me or on their own, over 30 books. One of my granddaughters has sold two picture books (written with me ) even while going to law school. Add to that a second granddaughter (out of six grands total) on her way to a master of fine arts in writing fantasy with her first picture book (written with me) out on offer.

Awards—I have numbers there, too, including six honorary doctorates (one from Smith). I was the first woman to give the Andrew Lang Lecture at the University of St Andrews in Scotland, since the series began in 1927. I have one Caldecott, two Nebulas, three Golden Kites, three Christopher Medals, ecumenically both the National Jewish Book Award and the Regina Medal Catholic Children’s Books Life Award (which would have made both my mother and my mother-in-law ecstatic except they were both deceased by the time I won the awards), several Massachusetts state book awards and one award that set my good Scottish coat on fire. The rest of the awards have been put in the attic where the sun doesn’t shine. Just in case! 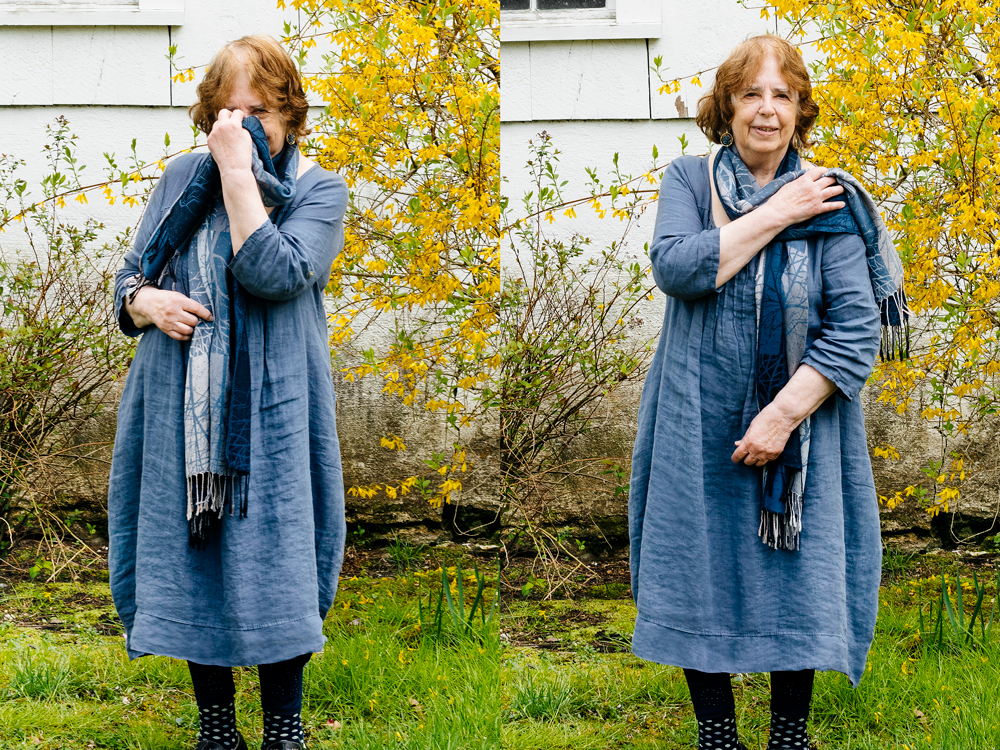 Why have I written so much? Because I have always loved writing. Both of my parents were writers—my father was a journalist and served for many years as head of the Overseas Press Club. He ran the American Broadcasting Station in Europe during World War II. He published seven books. My mother wrote mostly unsold women’s short fiction but sold a lot of crossword puzzles and acrostics. My younger brother became a foreign correspondent. Since all my parents’ friends were writers (Ernest Hemingway, James Thurber, Will Oursler, Cornelius Ryan, etc.) I assumed all adults were writers. They had day jobs, of course, but at night they all went home and wrote. At least that was what I believed in my formative years.

So, I went to school during the day and wrote at night, just like the adults I knew. My first poem—dreadful but forgivable as I was in first grade—delighted my teacher and my mother. My elementary school essay on New York State products was written in rhyme, with a rhyme for Otis Elevators that I have luckily forgotten. In third grade, I wrote the class play in which all of the characters were vegetables. I played the lead carrot, and we ended up in a big vegetable salad and soup together. I think I remember the chorus:

No coincidence that I wrote a lot of Rally Day songs for the class of ’60.

One year, I wrote my final exam for American Intellectual History in rhyme. The professor proctoring the exam walked up and down the aisles to make sure none of us were cheating. He kept stopping by my shoulder and watching me write the verses. He ended up giving me an A for what was really a C’s worth of knowledge. I suspect he was reading between the lines.

At Smith, I also ran the Press Board—a group that wrote articles about Smith and Smith students for the public relations office. Many of these articles were sent to news outlets worldwide. In my junior year, I made the then-momentous decision not to write a treatise in order to get Latin honors. Instead, I wanted to write a book of poems. My first-year adviser, Marie Boroff—a poet herself—was the first to encourage this idea, and then my junior-year adviser, Professor William Van Voris, gave me the push I needed to go for it. He said, “Don’t you know what we in the English department do all day long?” I shook my head. “We spend a lifetime reading and writing about what people like you do. Write the damn poems!”

So I did, and a number of the poems ended up being published in the Smith Alumnae Quarterly and elsewhere. At honors day, I received all three poetry awards (OK, I shared one with another poet) and the journalism award. For years, until his death, I thanked Professor Van Voris for that initial push.

These days, I may be obsessed with the numbers that add up to my life, but I still prefer being surrounded by good munchy words, memories, stories and family. And I know, I truly know, that some of my words have changed lives. My readers have told me so, in letters, at readings, in emails, at conferences. Once again, thank you, Bill VV; thank you, Mom and Dad; and thank you, world, for the opportunity.

By the way, have I told you I have a new book coming out soon? It’s number 401! An easy reader about an interrupting cow and an old dog. And after that there’s a book of poems about the Holocaust called KADDISH, a picture book (with my granddaughter) called Nana Dances, a picture book about Ben Franklin’s son and a novel set in 1864 Nantucket that begins with a man knocking on a door who tells the surprised boy who opens it, “Call me Ishmael.” And that’s just in 2021.

Jane Yolen ’60 is still writing and, after 15 years as a widow, is married again, to a boy she dated (at Williams) who became a private school teacher, headmaster and published writer. They are now writing together.

John MacMillan, “The Making of Madeleine L’Engle”: Before she wrote A Wrinkle in Time, the late author, class of 1941, developed a literary ambition that drove her to aim for the stars and to not give up. That’s one insight awaiting scholars when her extensive papers come to Smith.

Designer Claire Harper ’11 was first introduced to the craft of leatherworking during her junior year in Florence, when she toured the prestigious Scuola del Cuoio (Leather School).

Kimberly Brubaker Bradley ’89 learned recently that she had been named a 2021 Newbery Honoree for her 18th and most recent book, Fighting Words.