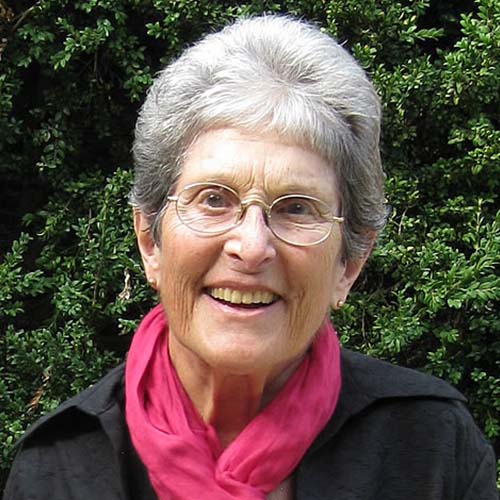 Maxine Kumin—an avid horse-woman with “an unreasonable and passionate commitment to language”—has amassed, over the last half-century, an oeuvre ever more essential and unforgettable. One of the most celebrated and enduring figures in American literature, she is the author of thirteen books of poems, five novels, four essay collections, short stories, and more than twenty children’s books. Kumin’s work is often noted for its carefully carved depictions of rustic New England landscapes and the creatures that inhabit them.

Born and raised in Philadephia, Kumin studied history and literature at Radcliffe College. It was not until later in life, while studying poetry at the Boston Center for Adult Education, that she discovered her passion for poetry, publishing her first book of poems at the age of thirty-six. It was also around this time that Kumin met Anne Sexton, with whom she wrote four children’s books. The two women maintained a close friendship until Sexton’s death in 1974.

Since 1976, Kumin and her husband of 64 years have lived on a farm in Warner, New Hampshire, where she finds much of her poetic inspiration. Booklist has praised her “vital rhythms that match a horse’s canter, a human’s stride.” Kumin is the author of a searingly honest and inspirational memoir about a nearly fatal riding accident, Inside the Halo and Beyond: Anatomy of a Recovery. Her most recent books of poetry are Still to Mow (her 16th) and Where I Live: New & Selected Poems 1990-2010.

Along with a Pulitzer Prize, Kumin’s long list of honors includes the Ruth Lily Poetry Prize, the Robert Frost Medal, the Poet’s Prize, and the Paterson Prize for Distinguished Literary Achievement. She has held teaching positions at some of the most prestigious schools in the country, and in 1981 was named Consultant in Poetry to the Library of Congress, a position now known as the United States Poet Laureate. She also served as Poet Laureate of New Hampshire from 1989 to 1994.

Kumin is variously described as a transcendentalist, a confessional poet, and a master of the regional pastoral, but such labels leave out her engagement with the larger world. Philip Booth lauds her for her “resonant language, autobiographical immediacy, unsystematized intelligence, and radical compassion.” In 1995, three years after her election as a Chancellor for the Academy of American Poets, Kumin resigned the post in protest of the racial and gender inequality of the institution. Many of her recent poems address issues such as torture, rendition, and the despoiling of the national world. While she does, as The New York Times claims, find “a way to talk to wildness”—this fearless chronicler of the cycles of life and death on her farm is just as brave and clear-eyed when focusing her gaze on the political horizon.

Where I climb I inspect
the peas, cadets erect

as pileateds peck
the rot of shagbark hickories

dot the outermost pasture
where in tall grass

announce our halfgrown
moose padded past

into the forest
to nibble beech tree sprouts.

landlocked seas I swim in.
I used to pick bouquets

for her, framed them
with leaves. Schmutzige

she said, holding me close
to scrub my streaky face.

Almost from here I touch
my mother’s death

Let’s take this one out, my editor said,
my wise old editor, who rarely invoked
her privilege, two years from now
(it takes that long to go from manuscript
to print) no one will even remember
the word. And so I did.

It began:
You’re thinking summer, theme parks,
a giant plastic slide turquoise and pink,
water streaming down its sinuous course
and clots of screaming children pouring past
in a state of ecstasy, while you sip gin
and tonic with friends.

Now under the shellac
of euphemism they’re calling it
enhanced interrogation.
It follows on the heels of
extraordinary rendition.
Only the mockingbird is cleverer
warbling blithe lies from his tree.

Looking for Luck in Bangkok

Often at markets I see
people standing in line
to walk under an elephant.
They count out a few coins,
then crouch to slip beneath
the wrinkly umbrella that smells
of dust and old age
and a thousand miracles.

They unfold on the other side
blessed with long life,
good luck, solace from grief,
unruly children, and certain
liver complaints.

Conspicuous Caucasian,
I stoop to take my turn.
The feet of my elephant are stout
as planted pines. His trunk completes
this honest structure,
this tractable, tusked,
and deeply creased
endangered shelter.

I squat in his aromatic shade
reminded of stale bed clothes,
my mother’s pantry shelves
of cloves and vinegar,
as if there were no world of drought,
no parasites, no ivory poachers.
My good luck running in
as his runs out.