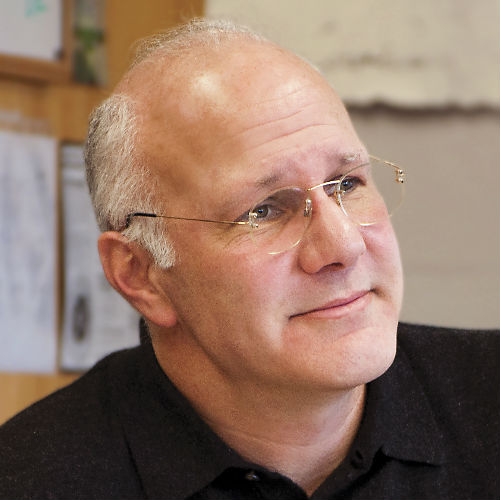 Hailed by Harold Bloom as “a central poet of his generation,” Henri Cole declares that “to write what is human” is his primary goal. At times severe, always attentive, and extremely lyrical, his poetry takes on that task, seeking the core of diverse human experiences.

Henri Cole was born in Japan to American parents. He received his B.A. from the College of William and Mary in 1978, his M.A. from the University of Wisconsin (Milwaukee) in 1980, and his M.F.A. from Columbia University in 1982. From 1982 to 1988, he served as the executive director of the Academy of American Poets. Before coming to Smith, he taught at Columbia, Reed, Yale, Harvard, and Brandeis, among other places. Cole is the recipient of many honors and awards, including the Rome Fellowship in Literature from the American Academy of Arts and Letters.

Cole’s four books of poetry have been praised extensively. The New Yorker review of his third book, The Look of Things, describes his range: “he can understate, can step back with courtly distance from the scene he is describing; in stanzas as shapely as topiary he can salute a visual world he honestly loves; he can write about the soul stumbling against quotidian impediments.” In her article “Poetry Read in Canoes,” Phoebe Pettingell characterizes Cole as a poet whose work is at once accomplished and “happily accessible.” Of The Visible Man, Cole’s most recent book, she writes, “This is no emotional striptease; it is a brave, even graceful attempt to find what is most vulnerable underneath all the armor and stage props we use to buttress our egos…. Henri Cole speaks plainly, which is refreshing. More important, he strikes us as candid, trying to come as close to complicated truths as possible.”

No rapture exceeds driving south in August,
the roof down, someone you love or could love
asleep beside you as you make your way
in a lilliputian car across a mammoth landscape
toward the south, the sea looming like Gulliver in our hearts,
the sun bathing our brows with coronas of pink, with salt,
with the hills hammering past so much that when at last
the aching ball of light overhead falls beneath
the skirt of a cloud, a flock of iron-winged
canards hurrying in a smudge across the horizon
open their bright beaks and give out a hoarse, Miocene honk.
Behold the bronze, wheat-brimming field!
In the windshield an elm-embroidered lane,
an affable farmhouse frozen
as if in a crystal globe, a tiny morality
tale sleepy beneath the cloak of winter’s inactivity,
shaken up, made live, made blizzard like alka-seltzer in a glass.
I can hear a couple whispering to one another
as one nuzzles like a pony against the other.
Sunday morning, the coverlet thrown back,
they sleep lightly, waking and dreaming in succession,
their slippers tucked beneath their featherbed,
a fifth of spirits drained in the kitchen.
Their household is snug as a hatbox.
They seem to be poised mid-air, their lives yet unlived.
What they are and what they are not are faultless
as little clouds of breath expel from their chests.
O blurred, delicious tarmac
drawing us toward the strange, pink-sanded sea.
O childish heart. O pleasure drive. O domitable spirit.
Accept! Accept! When the rest of the world is at Z
and you only at C (the central conundrum
of your unhappiness), and you wish to be small
as in every child’s fantasy of Swift’s island,
small enough to lie in a soup spoon,
just a speck in an ignorant world,
the sweetest revenge is acceptance.
Lap and gurgle at its spoon of escape.
Tug like a squirrel from its mother’s teat,
from the rough story, ardent against the joyless moment,
as a father stoops to his child and sees in his eyes
not the rival of a young leopard, but the tenderness of his legacy.
Let the rapture come! – an accordion of dolorous days
squeezed into a sweet rhapsody.
Down the hillside a boy sails with his sheep,
across the trestle a train blazes like a comet,
and in our convertible two shining bodies
glance back at a flock of canards and are carried
south in August toward the strange sea.
Let the rapture have them!

Liar, I thought, kneeling with the others,
how can He love me and hate what I am?
The dome of St. Peter’s shone yellowish
gold, like butter and eggs. My God, I prayed
anyhow, as if made in the image
and likeness of Him. Nearby, a handsome
priest looked at me like a stone; I looked back,
not desiring to go it alone.
The college of cardinals wore punitive red.
The white spine waved to me from his white throne.
Being in a place not my own, much less
myself, I climbed out, a beast in a crib.
Somewhere a terrorist rolled a cigarette.
Reason, not faith, would change him.

To become oneself is so exhausting
that I am as others have made me
imitating monumental Greek statuary
despite my own feminized way of being.
Like the empire, I was born of pain-
or like a boy, one might say, for I have
become my father, whom I cannot fathom;
the past is a fetish I disdain.
Since they found the bloodless little girl,
with voluptuous lips, buried in me,
I am unsentimental. I do not see
the gold sky at sunset but blackbirds hurled
like lava stones. I am like a severed
finger lost in the wreckage forever.

Unable to care for people, I care
mostly for things. At my bitterest,
I see love as self-censorship.
My face is a little Roman theater
in perfect perspective-with colonnades
and landscapes-making illusionistic
reference to feelings I cannot admit.
Painted in Dionysiac yellows and reds,
my unconscious is a rocky grotto
where flies buzz like formalists.
Despite myself, I am not a composite
of signs to be deciphered. In the ghetto-
where Jews, prostitutes and sailors once lived-
I am happiest because I am undisguised.

Tearing away at an old self to make
a new one, I am my most Augustan.
I grieve little. I try to accustom
myself to what is un-Hellenized and chaste.
I let my flat black dado assert itself
without ornament. Can it be, at last,
that I am I-accepting lice clasped
to me like a dirty Colosseum cat?
On a faded panel of Pompeian red,
there’s an erotic x-ray of my soul:
a pale boy-girl figure is unconsoled,
pinned from behind at the farthest edge
of human love, where the conscience is not whole,
yet finely engraved like a snail’s shell.

If great rooms declare themselves by the life
lived in them, each night I am reborn
as men and boys stroll among the ruins,
anonymously skirting the floodlights,
sinking into me tenderly, as they do
each other during their brief hungry acts.
“As brief as love,” they used to say, Plato
and his kind, exiling man from happiness,
but I am more than a cave whose campfire,
swelling and contracting, is all that is real.
Tomorrow, when I am drunk on sunlight,
I will still feel the furtive glances,
the unchaste kisses and the wet skin
imprinting me until I am born again.