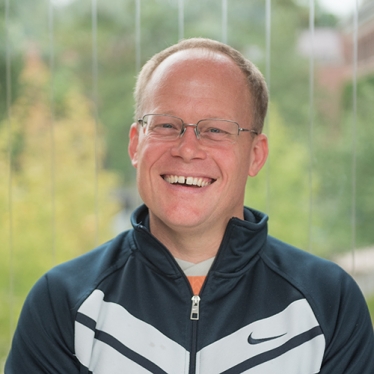 Travis Norsen's interest in physics was sparked by reading Richard Feynman, Carl Sagan and Stephen Hawking while he was still a high school student. He attended Harvey Mudd College—the so-called liberal arts college of science and engineering—to study physics, but got interested in philosophy along the way, largely as a result of confronting the mysteries of quantum mechanics both in physics courses and in books by people like David Albert, Jim Cushing and David Bohm. In addition to completing a physics-philosophy double major, Norsen was fortunate to serve as a tutor for various physics courses. This early teaching experience helped shape his uniquely interactive and individualized approach to education.

Norsen went on to complete his doctorate in theoretical nuclear astrophysics at the University of Washington, studying phase transitions involving exotic (strange-quark-containing) states of matter hypothesized to occur in the extremely high-density interiors of neutron stars. While in graduate school, he also enjoyed learning from the UW's Physics Education Research group, developing his teaching through a number of unique opportunities (such as teaching physics to student video-game designers at Nintendo's DigiPen Institute of Technology), and pursuing his interest in the foundations of quantum mechanics (QM) via independent reading, taking philosophy of science courses in UW's philosophy department, and ultimately teaching a course on quantum philosophy in UW's physics department.

Hoping to recreate the intimate small, liberal arts college experience he had loved so much as an undergraduate, Norsen took a job teaching physics at Marlboro College in Vermont. In his nine years as a one-person physics department there, he was able to teach throughout the undergraduate physics curriculum (and beyond) and support student projects in diverse areas, including radio astronomy, group theory, electronic music, wind energy and X-ray diffraction. He also took frequent and extensive advantage of the incredible freedom (afforded by the guaranteed unanimity at department meetings!) to experiment with novel curricula and classroom structures. Finally, he spent his summers writing papers on the Einstein-Podolsky-Rosen argument, Bell's theorem and the de Broglie-Bohm pilot-wave theory, and becoming an internationally respected expert on quantum foundations generally.

Since coming to Smith in the fall of 2011, Norsen has enjoyed working with the physics department to make the physics curriculum more interesting, engaging and accessible to students. He particularly appreciated the opportunity to teach the department's 300-level special topics course on the foundations of quantum mechanics; his textbook on the topic, which grew out of this course, should be hitting the New York Times best-seller list any day now. Other ongoing projects include an effort to incorporate more numerical computation into the introductory physics curriculum and the continued development of a novel formulation of non-relativistic quantum mechanics (in terms of "exclusively local beables") which may be of practical interest to computational modelers of many-particle quantum systems.

Norsen lives in Northampton with his wife, Sarah, and two sons, Finn and Tate. He enjoys playing both soccer and ultimate frisbee, coaching kids' soccer, cooking, gardening and taking the pet pug ("Pig") for walks.