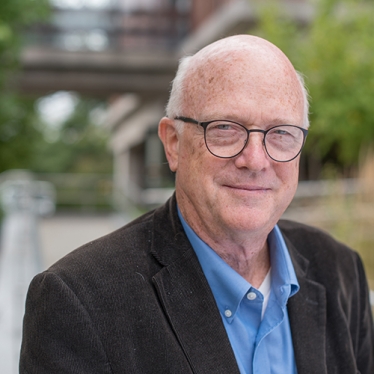 The genetic structure of natural populations is influenced by natural selection, migration, genetic drift and mating systems (modes of reproduction). The relative importance of these factors varies from species to species and from population to population. In my lab we use molecular markers to study genetic structure in a wide range of organisms, including both plants and animals. Presently we are investigating the relative significance of asexual and sexual reproduction in Joshua tree populations in the American Southwest. Work to date using phosphoglucose isomerase isozyme polymorphism indicates that clonal (asexual) reproduction may play a much less significant role in this species than has been previously suggested. Phosphoglucose isomerase genotypes show the random distribution across geographic localities that would be expected for a primarily sexually reproducing species rather than the patchy distribution expected with clonal reproduction.

Toulson, A., and R. B. Merritt. 2003. "Phosphoglucose isomerase polymorphism and genetic structure in populations of the Joshua tree (Yucca brevifolia)." XIX International Congress of Genetics (abstract).