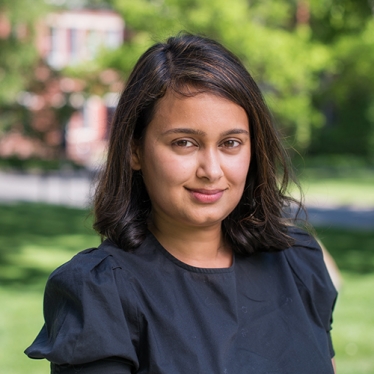 Pinky Hota is a political and legal anthropologist with research interests in indigeneity, religious politics and right wing populism, minority recognition and citizenship, as well as environment and extraction, especially in contemporary India. She is committed to a feminist public anthropology that demonstrates the strengths of using an anthropological lens to understand contemporary phenomena, both for students and a wider public.

Hota's first project, funded by the Wenner-Gren and Charlotte W. Newcombe foundations, examines Kandha tribal participation in Hindu nationalism and a resulting ethnoreligious conflict with local Christians in eastern India. It demonstrates the dangerous implications of indigeneity in aggressive ethnonationalist politics and shows how indigeneity as a minority formation links the liberal state's program of recognition and religious politics in ways that undermine other minority claims within the nation state. This research lays bare the dark side of indigeneity in India, but also elsewhere, as tropes of nativism and authentic belonging increasingly rear their head in ethnonationalist and populist politics across geographies.

Hota serves as a faculty member for Smith's South Asia Concentration and participates in Smith’s Program for the Study of Women and Gender.