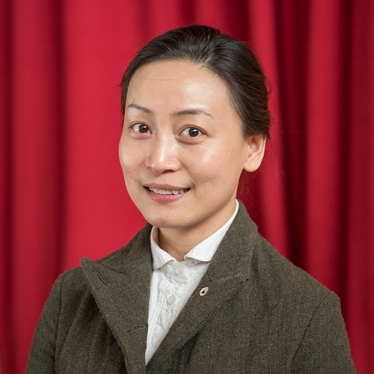 Nan Zhang teaches lighting design in the theatre department. Beyond teaching, her work ranges from design to directing, translating, playwriting and theater research.

As a lighting designer, Zhang has designed for more than 50 productions in the United States and China, including stage plays, dance concerts, musicals, operas and rock concerts. Her professional designs include An Iliad, at the Penghao Theatre in Beijing; Man of la Mancha, at the People’s Stage in Shanghai and a subsequent tour in China; Bela Bartok's Duke Bluebeard's Castle, at the Tianjin Grand Theatre's Opera House; Radnevsky's Real Magic and New Island Archepelago, in collaboration with the OBIE-award-winning Talking Band in New York City; Fuwa: the Musical, commissioned by the 2008 Beijing Olympics Committee; Meirenjiao, a Huangmei Opera production at the National Center for the Performing Arts of China; Prism, for the Beijing Dance Theatre; Everyman Jack, an original opera based on the life of Jack London, produced by the Sonoma City Opera; and concerts of the legendary Chinese rock singer Cui Jian in Beijing and Shenyang.

Major translation credits include Lovers by Brian Friel; The Woman Before by Roland Schimmelphenig; and Duke Bluebeard’s Castle, libretto by Bela Balaz, music by Bela Bartok. Her translation of Henrik Ibsen’s The Master Builder has been staged by the renowned Chinese director Lin Zhaohua. The production has toured across China and to a number of places around the world. Her one-act play Selves won the Village Award at the Wuzhen International Theatre Festival, 2013.

Zhang’s scholarly research, writing and translations have appeared in major professional journals and publications. Most recently, she completed two articles for Interweaving Performance Cultures, a handbook on performance-related aesthetic concepts in non-European languages, conceptualized and published by the International Research Center for Advanced Studies at the Freie Universität Berlin. In 2006, she contributed entries related to the Chinese theatrical heritage to the Greenwood Encyclopedia of Asian Theatre (Greenwood Press, 2006).