Musician/Lecturer in Dance Technique and Performance 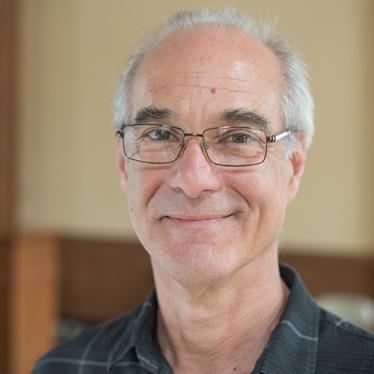 Mike Vargas began playing music in 1959. His curiosity and love of collaboration have led him through many contexts and cultures, from cocktail lounges in Indonesia to New York’s Lower East Side, from cancer wards to the Kennedy Center, from Grimms’ fairy tales to Playback Theatre. He started specializing in music for dance in 1978. Since 1980 he has been composing, performing nationally and internationally, teaching music and improvisation, creating well over 100 commissioned dance scores and presenting concerts of his music.

He has taught at universities and studios across the United States and has participated at numerous dance festivals, such as The Bates Dance Festival, Moscow Contact Improvisation Festival, Warsaw Flow, iDance (Taipei) and ImPulsTanz (Vienna).  For the last 18 years he has been teaching workshops and performing worldwide with Nancy Stark Smith.

Trained classically as a pianist, Vargas also plays percussion, end-blown flutes, melodica and a wide variety of other small acoustic instruments, as well as electronic keyboards, digital samples and percussion.

Since he first turned a Chopin prelude into a bossa nova in the late 1960s, Vargas has been pursuing improvisation as an art. (Ninety-five percent of the music he has made was performed once and never heard again.) He has sought out new and challenging contexts, putting together sounds to suit the circumstance. He has gathered a wide range of styles, strategies and instruments along the way, putting into action the most exciting musical developments of the last 125 years. Now, after 45 years of making context-specific music, Vargas is looking into composing the contexts themselves.

Vargas has consistently taught dancers about music throughout his career at many of the institutions, studios and workshops mentioned above– alone and in collaboration with dancers, but especially with Nancy Stark Smith.  He has also taught students of all ages about music in general, in workshops, in K–12 schools and privately. For the last 20 years, he has been particularly involved with the puzzle of combining improvised music with Contact Improvisation and other forms of improvised dance.

Vargas performs regularly, usually with dancers, also in collaboration with other musicians and artists, often in relatively small ensembles, such as Colorado’s Buzz Band and Tatsuya Nakatani’s Gong Orchestra. He has presented his music across the United States, extensively in Europe, and in Canada, Mexico, South America, Turkey, Australia, Indonesia and Taiwan. He has received awards and grants from New Music America, Meet the Composer, New Music USA and The Colorado Council on the Arts.