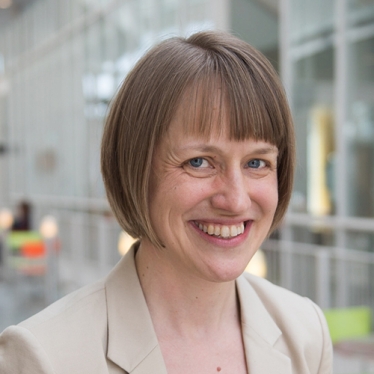 Marnie S. Anderson specializes in the social and political history of modern Japan with an emphasis on gender history. Anderson’s most recent book, In Close Association: Local Activist Networks in the Making of Japanese Modernity, 1868–1920 was published by Harvard University Asia Center in 2022. She is also the author of A Place in Public: Women's Rights in Meiji Japan (2011), and her articles have appeared in Japanese Studies, the Journal of Women’s History, and the U.S.-Japan Women’s Journal. “From Status to Gender in Meiji Japan” for The Cambridge History of Japan (vol. 3: Modern Japan), ed. Laura Hein is forthcoming in 2023. Her current research investigates the rise of conservative women’s activism in Japan.

Anderson’s course offerings include surveys of Japanese history from ancient times to the present, a survey of modern East Asia, and specialized courses on women and gender in Japanese history, World War II in East Asia, war memory, and social protest.

She is the proud mentor of Smith Posse 6, a group of amazing scholars from New York City.

Listen to "The Meiji at 150 Podcast" (Episode 23): Tristan Grunow (UBC) in conversation with Marnie Anderson.

"Women’s Agency and the Historical Record: Reflections on Female Activists in Nineteenth-Century Japan." Journal of Women’s History, Vol. 23, No. 1 (March 2011): 38-55.