Associate Professor of Dance & Chair of the Department of Dance 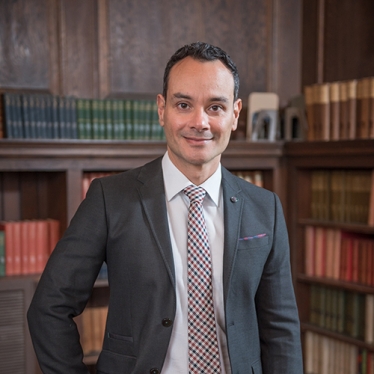 Lester Tomé, Ph.D., is an associate professor in the dance department and an affiliate of the Latin American and Latino/a studies program at Smith College. Among the courses he teaches are Dance History: Political Bodies from the Stage to the Page, Dance Anthropology: Performed Identities and Embodies Cultures, Salsa in Theory and Practice, and the graduate seminars Philosophies of Contemporary Dance and Dance Studies, Social Theory and Research Methods.

He is a historian of Cuban ballet from the early twentieth century to the present, in the contexts of modernism/avant-gardism, the Cuban Revolution, and present-day globalism. His publications examine ballet from the perspectives of nationalism, postcolonialism and political mobilization; class, labor and political economy; race and Afrodiasporic culture; gender, sexuality and masculinity; cinema and ethnography; and institutional discourses of diversity and multiculturalism.

He has been the William J. Bouwsma Fellow at the National Humanities Center (2020–21), a National Endowment for the Humanities Fellow (2014–15), an affiliate researcher at the Afro-Latin American Research Institute, at Harvard University’s Hutchins Center for African and African American Research (2014–15), and the Peggy Rockefeller Visiting Scholar at Harvard’s David Rockefeller Center for Latin American Studies (2013–14).

He has published in various journals and contributed chapters to The Cambridge Companion to Ballet, The Oxford Handbook of Contemporary Ballet, and The Routledge Companion to Dance Studies, among other publications. He serves on the editorial boards of Cuban Studies and Dance Research Journal.

Tomé has been an invited speaker at Columbia, Harvard, Tufts, Haverford, Reed, Washington University in St. Louis, Temple and other institutions. He has been interviewed for NPR’s Weekend Edition and Smith’s Insight, and consulted for stories in Pointe Magazine, CNN and Yahoo News. In 2004, he participated in the American Dance Festival’s Institute for Dance Criticism as a fellow of the National Endowment for the Arts and the New York Times Foundation.

“‘Music in the Blood’: Performance and Discourse of Musicality in Cuban Ballet Aesthetics,” Dance Chronicle 36/2 (2013). Access publication or postprint.

Ballet as an International Dance Form

Lester Tomé wants to shine a light on how ballet has become a truly international dance form. Focusing on Cuba as a detailed case study, he insists that ballet is no longer an art form for just European and North American bodies. Likewise, he pushes his scholarly analysis beyond the Eurocentric models of ballet to highlight the experience of the Cuban dancers, choreographers and teachers “that go beyond the official histories.”