A Culture of Care
Read Smith’s plans for the fall 2020 semester
and the college’s ongoing response to the COVID-19 pandemic.
All Faculty 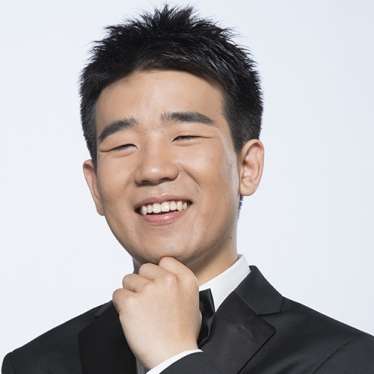 Playing early keyboard instruments and studies on historical performance practice play a significant role in Sun's musical activities. Important engagements include critically acclaimed appearances with the American Classical Orchestra and The Chamber Music Society of Lincoln Center, and recitals at the Westfield Center for Historical Keyboard Studies at Cornell University and at Juilliard. In 2014, Sun performed a series of recitals commemorating the tricentennial of Carl Philipp Emanuel Bach's birth on clavichord, harpsichord and fortepiano. He has studied harpsichord with Lionel Party and fortepiano with Malcolm Bilson and Audrey Axinn.

Born in Yantai, Shandong Province, China, in 1990, Sun studied in the Central Conservatory in Beijing with Jin Zhang before moving to the United States in 2006 to study at The Juilliard School Pre-college Division with Victoria Mushkatkol, and he graduated with the achievement award in 2008. He received his bachelor's and master's degrees from Juilliard in 2012 and 2014, respectively. He continues his studies at Juilliard as a doctoral candidate under the tutelage of Yoheved Kaplinsky and Stephen Hough, with additional studies with Richard Goode and Robert Levin. He performs frequently at Juilliard and has participated in the annual ChamberFest and Focus! Festival. He has performed and participated in Verbier Festival, Gstaad Menuhin Festival, Klavier-Festival Ruhr, Aspen Music Festival, Sarasota Music Festival and PianoTexas. His devotion to the art of composition led him to study with the composer Philip Lasser, and his works have been performed in concerts at Juilliard.