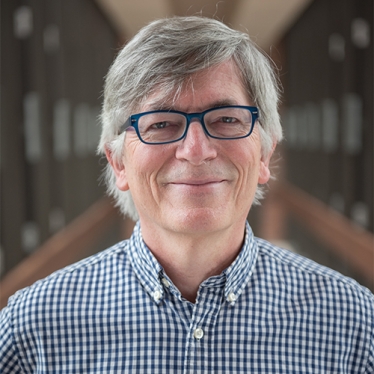 Christophe Golé was born in France and raised partly in northern Africa. He has held positions at the University of Minnesota, ETH (Zurich), the State University of New York at Stony Brook and University of California, Santa Cruz. He is currently the chair of the Department of Mathematics & Statistics at Smith.

Golé is the author of a book on dynamical systems, Symplectic Twist Maps, a survey of that subfield, in which he describes some strange objects that he baptized ghost tori—whose topology is an instance of the so-called Floer cohomology.

Golé's more recent research interest is in mathematical biology, and more specifically, plant pattern formation (phyllotaxis). One well-publicized phenomenon is the very frequent occurrence of Fibonacci numbers of spirals in sunflowers, pine cones and most other plants. He and his colleagues have studied different mathematical models, compared their simulations to plant data and proved theorems explaining the Fibonacci phenomenon. More recently, they have shed light on what plants do when they do not exhibit Fibonacci phyllotaxis.

He was one of the founders and directors of the NSF-funded 4 College Biomath Consortium, which has given rise to the Five College Biomathematical Sciences Certificate Program.