To create my design of dissent, I browsed IMDB and found 30 movies that featured a lead actor or director who has been accused of domestic violence and/or sexual assault. All of these movies have been in theaters within the last year (September 2016-2017) and encompass a range of drama, action, and comedy genres. In 23 of the 30 cases, the perpetrator was charged and arrested. In several cases, he was charged more than once.

I arranged all 30 posters in a collage, interspersing wide-release blockbusters like Alien: Covenant and Pirates of the Caribbean: Dead Men Tell No Tales alongside international festival darlings like The Wife and arthouse shorts like Sound of Sun. Under the title of my poster, THIS YEAR, which references a movie’s release date as well as the timeline for the movies featured here; I created a mock tagline: “Who watches while we look the other way?” I framed each side of the collage with a “film strip” showing female silhouettes with few identifying features, symbolizing the victims of these actors and directors who are often nameless and faceless in the public eye. They face the posters with rapt attention.

While the women and children who were abused by these men won’t necessarily have to watch these movies, they still have to watch us watch them, and to witness the celebration of their abusers by the critics, media, and public. My intention behind making this poster was to encourage viewers to hold the film industry accountable for who––and by extension, what acts––they’re supporting. 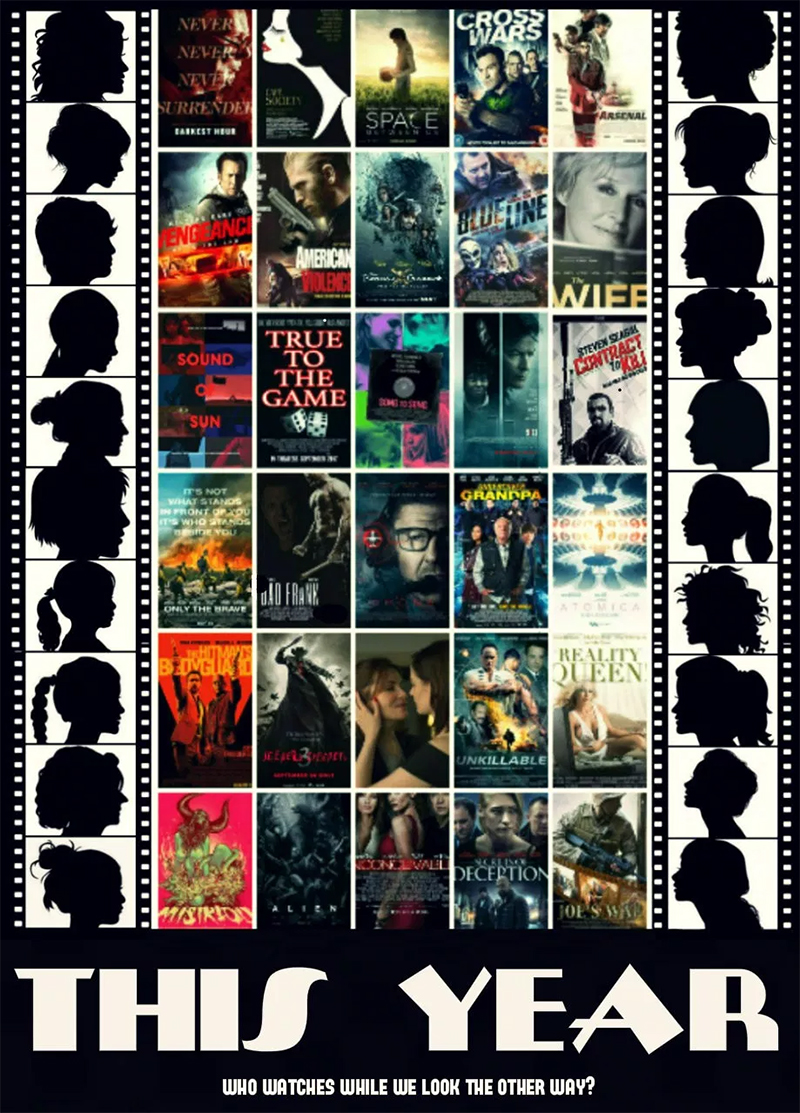