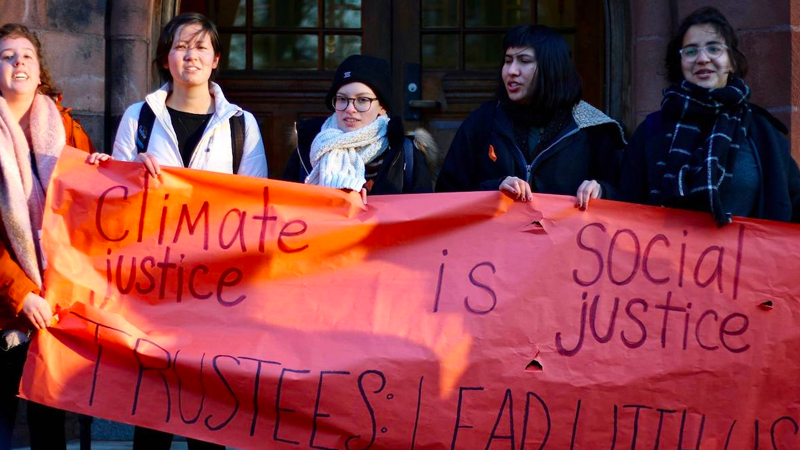 We are committed to acting against climate change and achieving carbon neutrality by 2030.  Carbon neutrality means achieving net zero carbon emissions by sequestering or offsetting the equivalent amount of carbon or greenhouse gas (GHG) emissions as we release.  Since the early 2000’s we have been reducing our energy consumption (demand) and cleaning up our energy supply with renewable generation sources.

In summer 2022, Smith will begin work on an innovative geothermal campus energy project that will lower the college’s carbon emissions by 90 percent, allowing the college to become carbon neutral by 2030. Learn more about Smith’s distinctive new approach to heating and cooling the campus, and explore the science behind Smith’s geothermal energy project.

Renewable energy sources are naturally-occurring and constantly replenished, such as sun and wind.  Transitioning the global economy from non-renewable sources, such as coal and natural gas, to renewable sources is critical for mitigating climate change.  Smith actively pursues and invests in the transition to renewable energy sources, and we engage our students and faculty broadly and deeply in our journey to carbon neutrality.  We use our campus as a playground for investigating and testing ideas around climate science, engineering, public health, policy, and design.  Students actively influence and learn from our campus commitments, challenges, and infrastructure as we progress toward a clean, healthy, and equitable energy future.

Smith joined Second Nature - (The Climate Leadership Network) by signing the Carbon Commitment. In doing so, Smith pledged to create a climate action plan that included “a target date for achieving carbon neutrality as soon as possible.” Smith’s Sustainability and Climate Action Management Plan (SCAMP), released in 2010, outlined various strategies and technologies to investigate to achieve carbon neutrality by 2030.

In 2015, President McCartney formed a Study Group on Climate Change (SGCC), made up of staff, faculty, trustees, alumnae and students, tasked with facilitating a campus-wide examination of how Smith could most effectively respond to the challenge of global climate change. The study group’s work culminated in 2017 with a set of recommendations and priorities for campus academic, programming, and operations.

In December 2020, President McCartney underscored our persisting commitment by joining Smith College to the “All In” movement on climate action and a clean recovery signed by thousands of institutions, states, and countries. 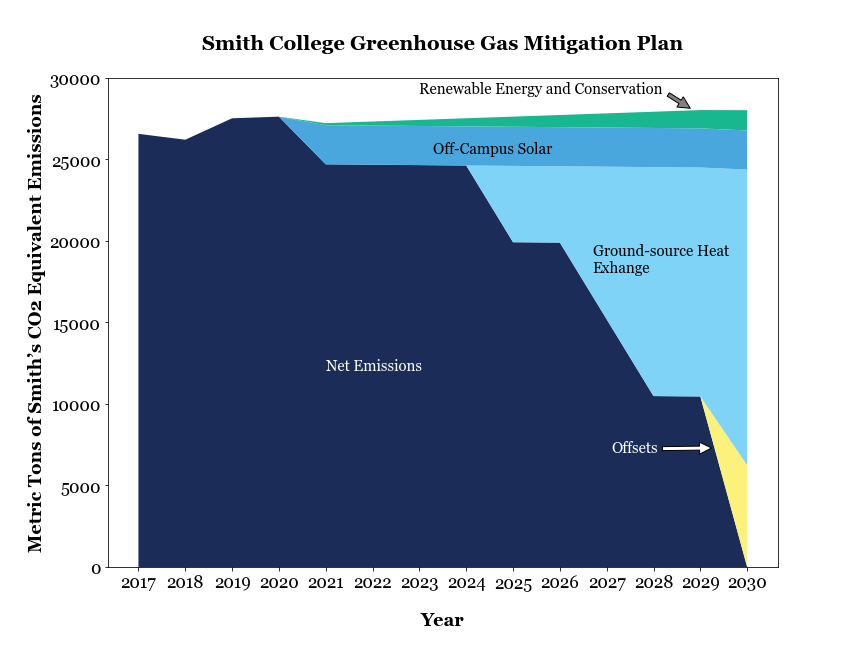 In 2016, we completed the Smith College Campus Decarbonization Study. As a result, the college charted a course to convert the existing heating, cooling, and electricity system from fossil fuel gas to renewable electric sources.

Smith has conducted geological, engineering, and financial analyses to refine this plan. This work has been informed by student and faculty research on state and federal policies, renewable sources in the New England region, evolving science around renewable technologies, battery storage, and much more.

As of 2021, the college is in design and implementation of a new renewably-powered district energy system. The system will be implemented over the course of the next 9 years.

Testing the Ground for its Potential
To investigate the viability of geothermal heat exchange for our campus, a test borehole was drilled in the ground near the Field House to evaluate the soil, hydraulic characteristics, and thermal response under our campus.  Then, a heat pump was installed in the Field House and connected to the borehole, which provided heating and cooling through ground-source heat exchange.

In 2018, Smith, Amherst, Bowdoin, Hampshire and Williams  colleges formed a collaborative called the New England College Renewable Partnership (NECRP) that contracted for 46,000 megawatt hours per year of  electricity created at a new solar power facility to be built in Farmington, Maine. This agreement is the first example of a collaborative purchase of solar energy in New England higher education, and one of the first such multi-college collaborations in the United States. Project details can be found on the website that Smith student Larissa Holland '20 developed as part of her special studies on the Farmington Solar Project.

The project supplies 28% of the campus electricity needs, all of our scope 2 emissions (purchased electricity), which are 10% of our total carbon emissions.

Together, the systems on Ford Hall and the ITT facility produce about 550,000 kilowatt hours of electricity a year equaling roughly 2% of our campus electricity consumption.

Co-op Power Project
In Spring 2017, Smith College partnered with the Co-op Power's Community Solar team to develop a local solar financing model for local nonprofits. Under this structure, local investors with real estate interests invest in local nonprofit solar projects, helping to use the solar tax incentives and bring down the overall costs for nonprofits. Nonprofits don't qualify for those tax incentives on their own. This innovative model brings the cost savings of solar to the nonprofit community. Smith College was the first nonprofit to sign on through the pilot phase of this program.

During the fall semester of my junior year, I was sitting as one of four students on Smith College’s Committee on Sustainability when the college announced that they were participating in the first collaborative purchase of New England–generated solar power by higher ed institutions. 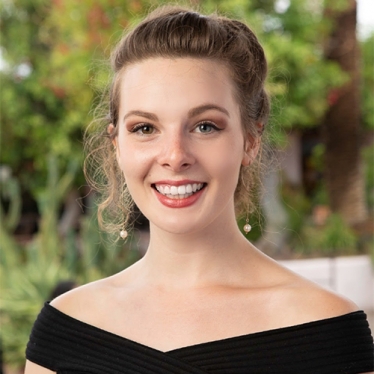 Fleet
The college has around 86 vehicles to support operations, academics, research, and student work. As of 2021, four of those were hybrid or all-electric vehicles.  Faculty and student research such as Carbon Neutrality Should Not Be the End Goal: Lessons for Institutional Climate Action From U.S. Higher Education and Electrifying Landscape Management are guiding future fleet electrification strategies and goals.

Commuting
Smith, located in a fairly rural setting, is nearby a variety of alternative transportation options including bus, rideshare, and bikeshare programs.  While the carbon emissions associated with commuting for students is almost non-existent because we are a residential college, over 90% of staff and faculty drive alone to and from work. We are evaluating our parking and alternative transport incentive programs to see how we can increase use of zero-emissions transportation.

Academic-related travel
In 2018, students Cara Dietz ‘18, Eliana Gevelber ‘18, and Gray Li ‘18, evaluated Smith’s purchasing records to estimate the carbon emissions associated with the supply chain of goods and services we purchase as a college, also known as Scope 3 emissions.  Their research found that air travel by faculty, staff, and students, paid for by the college accounts for almost 20% of our Scope 3 carbon emissions.  This does not account for student-funded travel associated with college.  While Smith is not actively working to reduce college-funded travel, we will use the lessons learned within the pandemic about remote work and convening to encourage faculty and staff to pause and get creative before they fly.

Refrigerants make up less than 1% of Smith’s emissions profile. Emissions from refrigerant releases occur infrequently at Smith and happen during some maintenance processes and when there is equipment failure. As a practice the campus already tries to minimize these types of releases and moves to less harmful refrigerants, such as 410, when available during equipment replacements.  We reclaim all refrigerants when equipment is decommissioned.

However, as we move toward a nearly all-electric campus with additional summer cooling to buildings, we may increase our use of refrigerants as we install more air-source heat pumps, also known as mini-splits.

In the spring of 2018 the Committee on Sustainability selected $70 per MTCO2e as the internalized cost of carbon emissions, or proxy carbon price, to help guide major capital budget management and other decision-making processes at Smith College. In 2018, President Kathleen McCartney also signed the Higher Education Carbon Pricing Endorsement Initiative to demonstrate Smith College’s support for carbon pricing.

“When I came to Smith, I was amazed to see the dining halls diverting tons of food waste from the landfill by sending it to a local farm.”

“Through an internship in Northampton’s Office of Planning and Sustainability, I worked on the city’s climate resiliency plan.”

“It is incredibly rewarding to know that our research and written reports will be useful to future generations of Smith students, faculty and staff.”