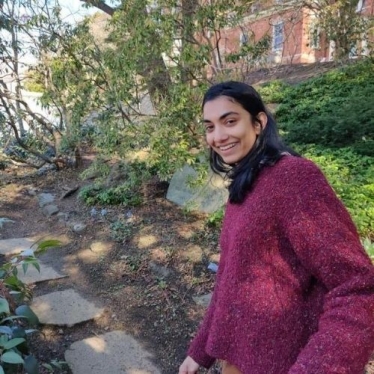 Me, in three words: Inquisitive, confident and analytical

What other activities are you normally involved in?
Smith College Squash Team, The Sophian

What has been the biggest insight you’ve gained from the COVID-19 experience?
Being able to redefine my neighborhood. New York had it pretty bad during the spring, so many people left, leaving the streets relatively empty. I liked it because it made it very easy for me to run in the road. On my runs, I’d notice these calm hidden spaces, like this bench under the 59th Street bridge or this Linden tree parklet. I didn't know about these spaces growing up because I never spent much time exploring the neighborhood. Having my perception change has been valuable. At Smith, I’d leave my idea of home back in my childhood, unchanged. Being home for an extended period of time has allowed me to see my perception as something more dynamic and ever-changing.

“I’ve met some great people on campus and in town, just because I decided to talk to them and ask for their email.”

Describe your outlook on student life, why do you think someone might describe it as unique?
My biggest fear is regretting not doing something I want to do. To avoid that, I follow through with what I want. That’s not to say I don’t get nervous or shy—at times I do. And occasionally the negative “what ifs” do occur. But I remind myself that the positive outcomes have almost always outweighed the irrational fears. I’ve met some great people on campus and in town, just because I decided to talk to them and ask for their email. I’d ask a lot of questions and they’d turn into fantastic interviewees and/or pals. I’m just so curious about people, I know I’d be full of regret if I became shy and didn’t go after what I wanted. Perhaps that’s unique, but I think it has more to do with which fears you allow to get in the way of what fulfills you.

What are some hidden gems in the greater community that you’ve come across?
Oh, so many. I’ll name a few. Frogtown, a garden near the MapleWood shops; I go there all the time. Although the space changes with every season, the one constant is this electric box Frog with solar panel eyes. There’s also this dike near the Wastewater Treatment Plant—that overlooks I-91 and the airport—with gorgeous cornfields. My friend and I run there a lot. In the early mornings when the sun comes out, the whole field is golden yellow and you can see your silhouette as you run. And on campus, the squash courts. They are in the basement of Ainsworth, so I understand why they’re often overlooked. Although the courts are beautiful, the true hidden gem is our big squash family, composed of students on the team and PV locals who share the courts.

What about your major interests you?
I’ve always been fascinated by cities and neighborhoods. I have become immersed in studying cities architecturally, ethnographically, ecologically, etc. Both my majors have allowed me to approach related topics, whether through a design project or building statistical models. In a special studies project with Prof. Steve Moga, I focused on Northampton public processes, where I began attending City Council and other commission meetings. Watching deliberation of city issues right in front of me was so rewarding and over time I built connections with people there. That’s one of the things I miss most about Smith right now, going to a meeting with a buddy and then talking about it over dinner at Gillett.

Describe your podcast and what you think people can take away from it.
“413 Ethnography” is an interview show that I write and host for The Sophian. I meet someone great and I shadow their life for a few months. I ask a lot of questions, take recordings of our conversations, analyze who my interviewee is in different environments and carefully piece together a nuanced portrait of them. I have met some eclectic people, heard lots of wonderful stories and been all over the Valley. I hope that the episodes collectively function as my narrative of Western Mass. The project is so dear to me, I cannot imagine my Smith experience without it. It’s available on Soundcloud, Spotify and Apple Podcasts. 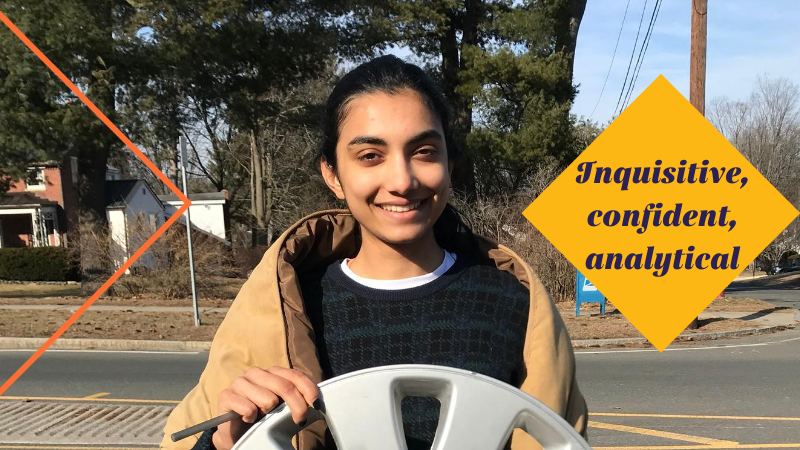 Harriet Wright ’22
Chapin House
“I am grateful that the whole Smith community accepts me as I am and continues to accept me as I change.”

Brenna Curley ’25
Needham, MA
A good synonym for a Smithie is: “a kind-hearted, creative person who is always challenging the norm in whatever subject they feel passionate about.”

Zoe Rayner AC ’22
Hometown: Northampton, MA
“The professors are really passionate about what they teach, and I didn’t take a single course in that major that didn’t further fuel my love of art history.”