Learning to Lead Through Outdoor Adventures

The timer went off, and the eight students gathered at Smith’s MacLeish Field Station took up the challenge posed by a classmate: “Tie a knot that your neighbor will not be able to untie.”

The next two minutes were marked by laughter and the frantic sound of hands in motion as a series of creative knots were tied—and retied. When the timer went off again, students passed the knots around the circle and waited excitedly to see who could untie them first.

The exercise, led by Lynn Albright ’19, was among the final projects presented by students in the interterm “Outdoor Adventure Leadership” course. At a January 16 campout at the field station in Whately, students steered each other through challenges ranging from role-playing different leadership styles to developing instructions for a perfect paper airplane flight.

Among the skills students practiced during the two-week course were rock climbing, trailblazing with compasses, and cooking outdoors on backpacking stoves. They also read education reformer John Dewey’s Experience and Education to spark discussion about how hands-on experience helps foster learning—and leadership.

The varied activities were “a helpful and necessary reminder that there is a whole wealth of knowledge beyond education in the traditional academic sense,” Albright said.

Course instructor Stefanie Frazee—who teaches in Smith’s exercise and sport studies department and manages the college’s Outdoor Leadership program—said the interterm course was aimed at students with varying levels of experience with such adventures.

“Everyone has the potential to be a leader,” Frazee said. “I wanted students to look back on their time in this course and feel empowered.”

For Lily Beaubien ’21, the focus on theory, as well as practice, was among the best aspects of the interterm course.

“It’s good to remember that experiential education has been around a long time,” she said. “Dewey’s book is from 1938, but the ideas still seem so relevant.” 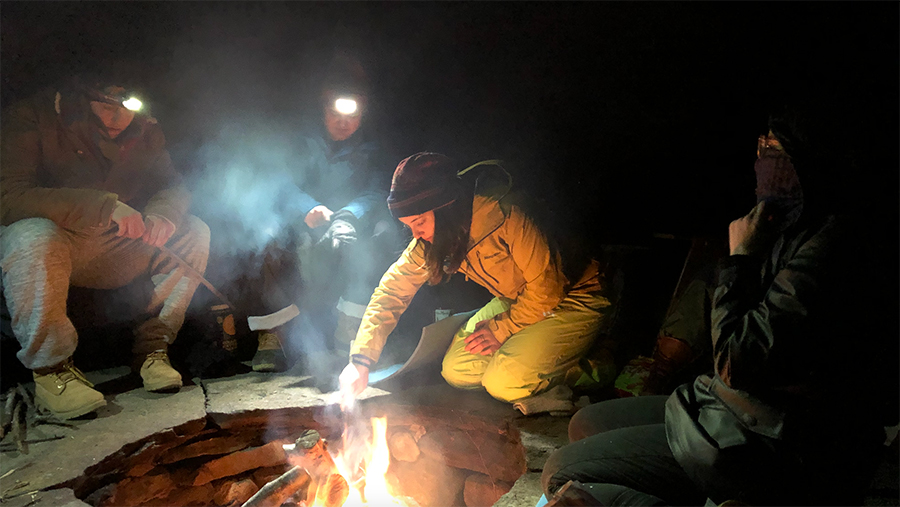 One of the skills students practiced during the course was cooking outdoors on backpacking stoves.

Joyce Huang ’22 said designing and participating in group challenges gave her a sense of independence.

“I found it freeing and exciting that most of the time it was up to us to interpret the rules, without always having to rely on a teacher for guidance,” Huang said. “Seeing how we were able to think creatively and make our own decisions enhanced the experience.”

For her final “Magic Carpet” project at the field station,  Julieta Rendon-Mendoza ’21 instructed students to stand together on a small green tarp and flip it over without anyone stepping off the surface.

Somehow, the students managed to wriggle, hop and change positions so that the “carpet” turned over without anyone falling off. Key to the challenge was the fact that only one group member was allowed to speak.

Although she had experience leading outdoor activities at a high school summer camp in her home state of Washington, Rendon-Mendoza said the interterm course helped her further “stretch” those skills.

“The idea of leadership is very important to me,” she said. “This course had a nice progression of challenges.” 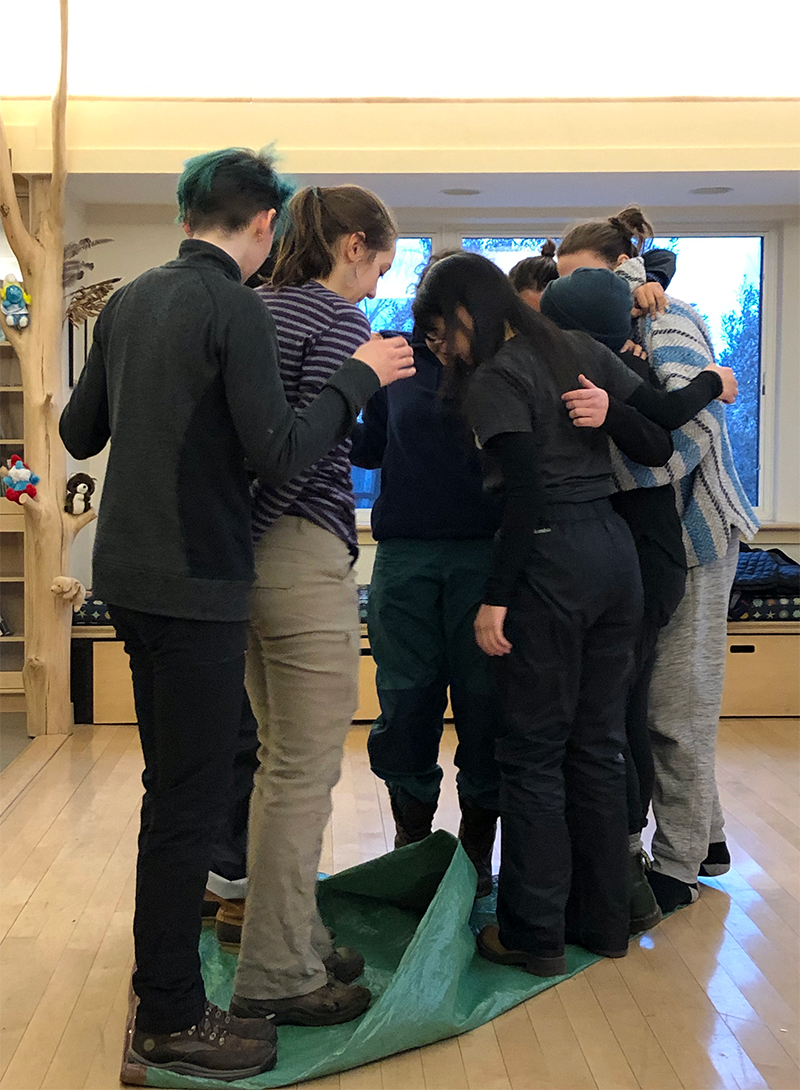 In one exercise, students stand together on a tarp and try to flip it over without anyone stepping off the surface.

In the first semester of Smith's themed Year on Climate Change, relevant course offerings range from contemporary poetry to green energy policy, giving students of all academic backgrounds a chance to engage in learning about climate change and environmental sustainability.

Immigration and the Food Justice Connection

Gabriella Della Croce ’11 and Andrea Schmid ’17 both work at the Pioneer Valley Workers Center, a collective that helps better the lives of immigrant workers in western Massachusetts.

The drilling of a geothermal test borehole began on campus near the Field House in September. This launched a unique and fascinating learning opportunity for faculty and students across campus and the first phase of a pilot project to establish a potential ground source geothermal heat exchange system for the Field House.