News & Events for the Smith College Community
News of Note May 4, 2017

The three Smith faculty members chosen for this year’s Sherrerd Awards are examples of “change-your-life professors,” in the words of one student nominator.

The honorees were chosen based on nominations submitted by Smith students, faculty and alumnae, who cited passion, accessibility and humor as among the exceptional attributes of the 2017 award winners.

The annual awards—formally named the Kathleen Compton Sherrerd ’54 and John F. Sherrerd Prizes for Distinguished Teaching—were established in 2002 by a contribution from the late Kathleen Sherrerd ’54 and John Sherrerd to highlight Smith’s ongoing commitment to stellar teaching. The honors are given to faculty members who display outstanding skill in fostering learning and inspiring achievement—both in and out of the classroom.

This year’s award recipients will be formally recognized at a November ceremony and reception that are open to the campus community.

Following are brief biographies of the 2017 teaching award winners: 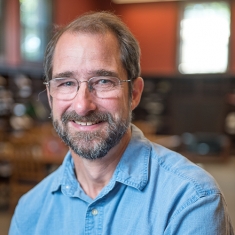 Mark Brandriss
Mark Brandriss, senior lecturer in geosciences, is an igneous petrologist and geochemist who has been teaching at Smith since 1999. He teaches introductory courses in field geology and Earth history and more advanced courses in mineralogy and tectonics. Brandriss’ research is focused mainly on the processes by which magmas evolve and crystallize within the Earth’s crust. He and his students use a combination of field studies and geochemical techniques to examine igneous rocks that formed in a variety of tectonic environments, including lavas and plutons related to hot-spot magmatism in Scotland and Iceland and granitic plutons associated with mountain-building events in the Coast Range of southeastern Alaska and British Columbia. Brandriss earned an undergraduate degree from Wesleyan University and a master’s degree and Ph.D. from Stanford University. 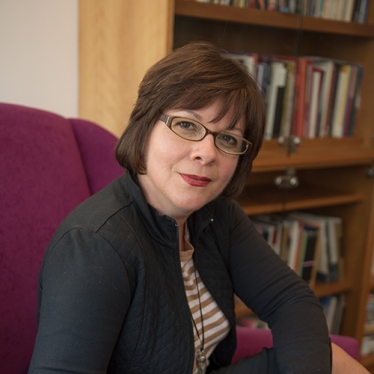 Ginetta Candelario ’90
Ginetta Candelario, newly promoted to professor of sociology and Latin American and Latino/a studies, has been a member of the Smith faculty since 1999. She is also a faculty affiliate of the Latin American and Latina/o Studies Program, the Study of Women and Gender Program and the Community Engagement and Social Change Concentration, and serves on the advisory group for the Gloria Steinem & Wilma Mankiller School for Organizers at Smith. Candelario is the founding vice president of the National Latin@ Studies Association and a founding executive committee member of the New England Consortium for Latina/o Studies. Candelario’s research interests include national identity formation and women’s history; Blackness in the Americas; Latin American, Caribbean and Latina feminisms; Latina/o communities (particularly Cuban, Dominican and Puerto Rican); U.S. beauty culture; and museum studies. She has been a Fulbright Scholar in the Dominican Republic twice, in 2003 and 2016. Candelario holds an undergraduate degree from Smith and a master’s degree and Ph.D. from the City University of New York. 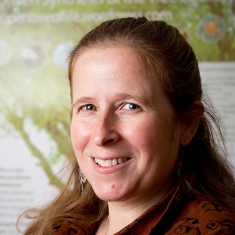 Laura A. Katz
Laura A Katz, Elsie Damon Simonds Professor of Biological Sciences, has been teaching at Smith since 1997. A co-founder of Smith’s Achieving Excellence in Mathematics, Engineering and Science (AEMES) program and a member of the college’s Science Center Committee on Diversity, Katz teaches courses on biodiversity, human origins, evolution and microbiology. Her lab focuses on elucidating principles of evolution through reconstruction of evolutionary trees, community sampling of diverse microorganisms from local environments and analyses of genome evolution. Katz integrates her passion for research and teaching by involving numerous undergraduates in her research laboratory each semester, including students from groups historically underrepresented in STEM. Katz earned an undergraduate degree from Harvard University and a Ph.D. from Cornell University.

Smith College President Kathleen McCartney has appointed Joanna May, associate dean and director of undergraduate admissions at Columbia University, as the college’s vice president for enrollment. Her appointment is effective July 15.

Smith College today announced plans to invite all students to campus in the fall. Classes will be taught in person, student housing will return to traditional capacity, and staff will follow in-person work schedules.

Smith will require students to be fully vaccinated before returning to campus in the fall. The college will offer April vaccine clinics to students in the on-campus screening program. https://t.co/sQ2UOGn4yW

Women's working lives benefit from a connection to other women, says Smith's Jessica Bacal. Here are her three strategies for finding and creating your own support network. https://t.co/32hBGVxjj7